AI And Electricity: Here Are Some Historical Parallels

AI And Electricity: Here Are Some Historical Parallels

Despite the current hype, AI technology is still at an early stage 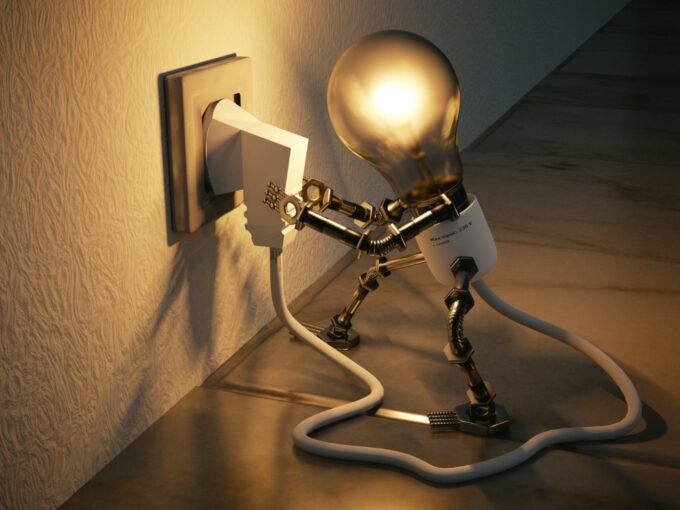 It is often said that artificial intelligence (AI) is the new electricity. Let us take this parallel seriously and look at the scientific and technological history of electricity, for some clues about how the AI revolution might proceed in the next 50 years. We will restrict the discussion to “narrow AI”, which attempts to detect patterns in large scale data and take decisions and actions based on such patterns.

The scientific study of electricity started in the 1740s with Andrew Gordon and Benjamin Franklin. It took 80 years before the fundamental scientific principles underlying the conversion between electrical and mechanical energy were discovered by Oersted, Ampere, and Faraday in the 1820s and 1830s.

DC motors capable of delivering considerable power output had already appeared by the late 1830s, but they were without much use since it was only in 1866 that the first practical electrical generators were built, and electrical power became available commercially for the first time in 1882.

The reason is that the initial design for electrically driven machinery, using a centralised structure borrowed from steam-powered factories, meant that steam power remained cost-competitive with electrical power. Two parallel and mutually reinforcing developments worked to drive up the adoption of electricity and the abandonment of steam power.

These two processes reinforced each other, as the adoption of unit drives led to higher demand for power, and the availability of cheap power led to accelerated adoption of motors.

The industrial use of electricity passed through five stages in its evolution. The first stage, 1740-1820 was the development of the basic theoretical ideas and the construction of the first practical electrical device.

The second stage, 1820-1860 was the development of electrical generation technology.

The third stage, 1860-1890 was the development of commercial electricity generation, transmission, and distribution, and of more advanced motors.

The fourth stage, 1890-1930, was when the improved design of factories and falling prices of electrical power led to its widespread adoption. And the final stage, 1930-present, is when the technology became ubiquitous and also led to new discoveries such as electronics, electromagnetics, and electrical communications.

Let us apply this five-stage scheme to the history of narrow AI, which has pattern recognition as its primary goal, just as provision of mechanical power is the primary goal of industrial electricity. We are probably at the end of Stage 1 and the beginning of Stage 2 for AI, where electricity was in the 1830s.

AI engineers have discovered some of the basic principles of their discipline and have constructed special purpose machines that can solve complex pattern recognition tasks. The next stage would be to construct computational power plants that can generate algorithms that can be plugged in to produce multipurpose pattern recognition.

The work on this project has begun, but it will be quite some time before we build good prototypes for these “algorithm generators”, and probably another decade before they become widely available. After that we will be left with problems of continuous improvement, cost reduction, commercialisation, and implementation.

There are several lessons to be drawn from this historical analysis. The first is that we have only one part of AI technology now, the pattern recognition, or output part. We still need the input part, that will generate algorithmic power from generic computation.

The second lesson is that we need more theory, a lot more basic engineering, and quite a bit of infrastructure building before AI can be deployed widely. And the last lesson is that despite the current hype, AI technology is still at an early stage, and the much-ballyhooed consequences of its rise are unlikely to play out any time before the second half of this century, or even later.