5 Cognitive Biases Every Entrepreneur Must Get Over With

5 Cognitive Biases Every Entrepreneur Must Get Over With

How do you overcome systematic biases systematically?

One needs to learn to think slow and deliberate 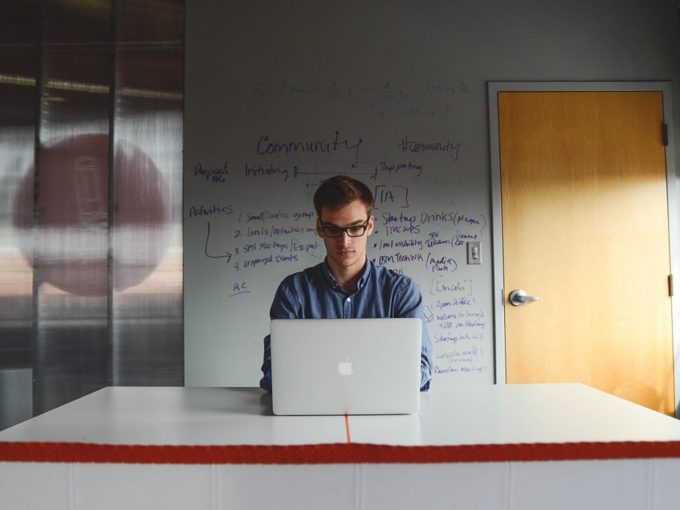 Humans are not as wise as the word ‘sapiens’ suggests. We commit mistakes, and alas, in a very predictable manner. The study of systematic biases and errors that creep into everyday human behaviour has helped scores of economists and psychologists bag Nobel Prizes and author several best-sellers for the popular audience.

The very domain of behavioural economics, and the sub-fields of behavioural finance, behavioural marketing et al., have become mainstay disciplines in B-Schools and corporate alike. That’s how much our understanding of ourselves has moved from the days of Adam Smith and the invisible hand. The entrepreneur is no immune to such biases. If anything, such beings are far more susceptible to fall for such biases owing to the very pursuit of success against all odds.

This piece is aimed at calling out five of the most destructive of the biases that typically cripple the founders and early employees of enterprises and derail the organizational progress. As a bonus, a set of approaches are offered on how to overcome such biases before they entirely disable your pursuit.

The field of behavioural psychology and the study of how humans commit systematic errors and biases, mostly unbeknownst of the fallouts, has produced stalwarts like Herbert Simon, Daniel Kahneman, Amos Tversky, Nicholas Nassim Taleb, Dan Arely, Malcolm Gladwell and Richard Thaler, amongst others.  Their research and writing, including those in the popular press, had often fallen to the deaf ears of aspiring entrepreneurs as if they are cut-out from a different cloth (which is only sometimes true).

Five of the most severe cognitive biases that impact an entrepreneurial trajectory are as follows: overconfidence bias, fundamental attribution error, confirmation bias, sunk-cost fallacy, and the bandwagon effect.

Let’s discuss each with an example in the context of starting and scaling a business.

Overconfidence bias, called by Nobel Laureate Daniel Kahneman as the mother of all the biases, should be our starting point. In fact, one of the most ill-placed advice to lend to any budding entrepreneur is to ‘just do it’, and yet it remains as the sine qua non of misplaced motivations. There are a far greater number of entrepreneurs who have perished to obscurity than those whom we know of by just doing it!

Let’s face it. The very fact that someone is taking a chance of starting up indicates that she isn’t short of confidence, to an extent is she’s almost bordering overconfidence, and then the jingoism of just doing it serves no good. She would gloss over the hygiene checks, would place far more unnecessary bets, and make callous calls, allowing to the overconfidence bias. The current debacle of the WeWork IPO comes to mind here, where the co-founder Adam Neumann paid no attention to the naysayers before he had to cut a sorry face. So, keep your confidence in check, at all times.

A close second on the fatality of all the cognitive biases would be the fundamental attribution error where a person tends to over-emphasise personality-based explanations and discounts situational explanations for one’s behaviour. In simpler terms, you attribute your success to your talent or your disposition in life while failure to the situation or other external factors. And we all are guilty of this passing-the-buck phenomenon. But when you are responsible for the fate of investors, customers, employees and several others who have pinned their hopes on you, you can’t conveniently externalise the problem, now, you have to own it up.

Take for instance what now-ousted founder of Uber, Travis Kalanick infamously quipped – “we’re in a political campaign, and the candidate is Uber and the opponent is an asshole named Taxi”. That’s failure written all over the statement and the person involved. However, many of such insights spring up only at the hindsight; and that’s where you must surround yourself with people who can think otherwise (more on this later). So, own it up at all times, for the stakes are really high once you start.

A close nail in the coffin is the confirmation bias that leads one to seek, receive, filter, interpret, and adjudge incoming information which suits one’s pre-conceived notions or hypothesis. The confirmation error doesn’t allow one to check the blind spots at all till they become severe. The conferences you attend, the people you meet, the material you read allows you to keep your own assumptions pious and tranquil till the time a Black Swan event jolts you out of your bearings. You become systematically blinded to certain aspects of the nature, such as competitors, substitutes, or disruptors. In today’s world which is replete with information and soundbites, the confirmation bias has reached to its peak and one has to be really nudged hard to break away from the comfort zone.

It’s the same confirmation bias that led Steve Ballmer, Microsoft’s former CEO, to say– “there’s no chance that the iPhone is going to get any significant market share. No chance.” It’s because Ballmer’s world view way narrowed down by the very success of Microsoft and a moderate one of Apple in computers. He just extended the fates logically to an entirely new arena, mobile phones. Remember, the absence of proof is not a proof of absence.

Next comes the sunk-cost fallacy, which kicks in when it comes to investment. It’s about throwing good money behind bad money and not able to discern when to call it off owing to an escalation of commitment. It happens when your spouse acknowledges in the middle of a movie that it sucks and still you hang around till the very finish since you have paid for the movie. Remember, whether you endure the movie or walk out right away, the money isn’t coming back, but you can save yourself from some extra trouble and wasted time.

In a startup context, just because you had spent on a product dearly and it’s not going anywhere you need to learn to pull the plug, and any future decision shouldn’t be influenced by how much has been sunk already. It’s easier said than done, and that’s why business is replete with failures from enterprises and startups alike. The failure of Nokia to move beyond Symbian, or of that of Microsoft to adopt Android or the Open Source are just a few cases of sunk-cost fallacy.

Finally, we have the bandwagon effect. Thanks to the very media where you are consuming this piece, there’s enough hype created at next to nothing cost and there’s no abating the trend. The startup world is driven by more fads than the enterprise world, since the former has very few stakes in the ground and little commitments to talk of. The very lack of inertia would mean that entrepreneurs get carried away swiftly by what’s the talk of the town, and that’s only acerbated by the investor’s community and the media.

It’s the season of Apps as I am writing this piece and no sooner, we would have startups offering tools of general-purpose AI and the ilk. The more of the same leads to diminishing entry barriers and deferred returns of the investors. It’s difficult to tide over the noise and have some independence of thinking. That’s what the famous George S. Patton noted, “if everyone is thinking alike, then somebody isn’t thinking.” It’s imperative that you take the high road, especially when starting off.

So, we have these five (and certainly more) cognitive biases, namely, overconfidence bias, fundamental attribution error, confirmation bias, sunk-cost fallacy, and bandwagon effect; and many of these are difficult to appreciate in the real time. The real question, however, is – how to overcome these systematic biases systematically? The difficult answer is – learn to think slow and deliberate, or as Daniel Kahneman would say “adopt System-2 thinking more often”. Surround yourself with critiques and those who aren’t thinking like you.

Finally, go truly beyond your domain and reach out to a diverse context through your readings, meetings, and wanderings. It’s only apt to conclude this piece with a statement by one of the most daring entrepreneurs of present times – Elon Musk—who says, “really pay attention to negative feedback and solicit it, particularly from friends.” Hope you have more friends who are different that you.