Times Internet, a digital products company, has launched ‘Samayam’, a regional news, entertainment and lifestyle content destination which are now available in Tamil, Telugu and Malayalam. 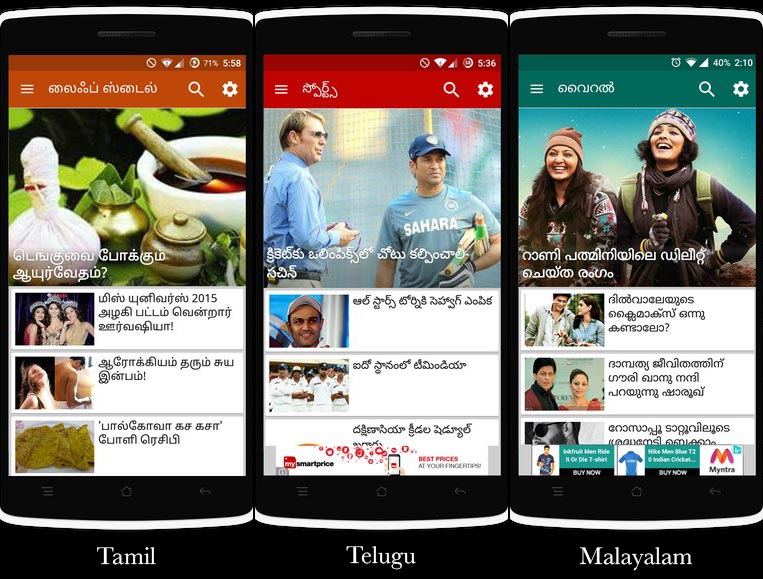 With the launch of Samayam, Times Internet’s language offerings are now available in eight languages with the inclusion of three other regional languages besides English. The pre-existing languages are Hindi, Kannada, Gujarati, Marathi and Bangla.

With ‘Samayam’, Times Internet aims to bridge the gap between users who look for quality content and trustworthy platforms in their native language.

Speaking on the launch, Puneet Gupt, Head of News Business at Times Internet, said “We are really excited to launch Samayam. Mobile led media landscape is evolving rapidly in India and we hope to become the destination of choice for millions of Indians and Indian diaspora users across languages and platforms.”

Samayam can be accessed through the web and mobile site along with its apps on Android platform.

Times Internet is a premier digital product company and the digital arm of The Times of India Group. It reaches over 150 Mn unique visitors every month across web and mobile.