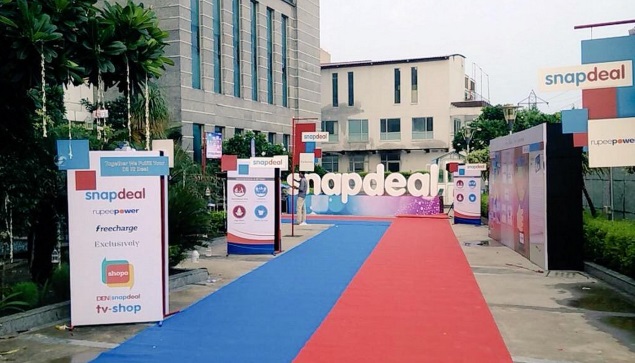 Anand Chandrasekaran, chief product officer at Snapdeal, tweeted on Sunday, about the partnership between Snapdeal and UrbanClap – a Gurgaon based hyperlocal services marketplace.

As said, the Snapdeal’s Android based app will integrate UrbanClap inventory to launch personal services category, thereby offering 80+ services such as salon at home, home cleaning, wedding photographers and more to the consumers. Where UrbanClap can get more traction with this, Snapdeal can reap in benefits of commission on each deal. Also, this would help make snapdeal’s app more popular among users. Thus, a win-win deal.

Earlier in March this year, Snapdeal also roped in Zomato, redBus and Cleartrip, in order to make users book bus tickets, flight tickets, hotel tickets and food directly on the application. It also tied knots with real estate companies recently, including brands such as TVS Emerald, Provident Housing and Runwal Group to launch real estate and financial services on its website.

Snapdeal was launched in 2010 by Kunal Bahl and Rohit Bansal as a deals site, which later pivoted to become a marketplace. The company is backed by investors such as Jaspers Infotech, Premji Invest, Intel Capital, Bessemer Venture Partners and Ratan Tata. In February this year, the firm also raised $200 Mn from Canada’s Ontario Teachers’ Pension Plan, at a valuation of $6.5 Bn. To date, the company has raised a total of $1.54 Bn

Urbanclap, on the other hand, is considerably a newbie in the field, launched in October 2014 by Abhiraj Bhal, Varun Khaitan, and Raghav Chandra. It aims to position itself as a one-stop destination for trusted professional and home services. It is backed by Accel Partners, SAIF Partners and Bessemer Venture Partners. Interestingly, both the companies are backed by Ratan Tata.

As per industry estimates, together Flipkart, Amazon and Snapdeal, are expected to dominate the market with $225 Mn valued goods sold by 2025. However, the companies are also facing losses in millions due to deep discounts owing to price wars. Snapdeal’s loss rose to 5 folds while its parent company Jasper Infotech reported loss of INR 1328 crores, in last financial year.

This makes it clear about the need of looking out for other avenues for earning revenues for even the most successful startups today. If this strategy of roping in different business verticals worked for Snapdeal, then certainly it would help the founders in overcoming losses to an extent.