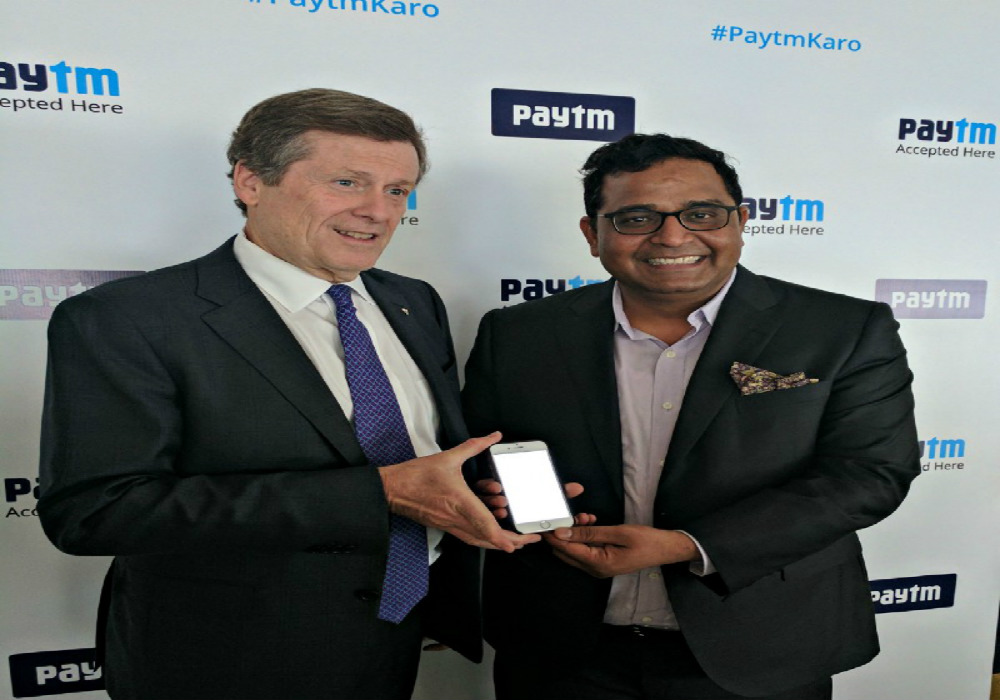 While addressing the gathering at the launch, Toronto Mayor John Tory said, “It’s been a great experience to be home to the Paytm Labs team in Toronto since 2014. Toronto is the city for a company looking to locate in North America with our multi sector strength and our exceptional diverse talent pool. With the Canadian app launch, we look forward to Paytm’s success and being an integral part to its growth story globally.”

Paytm Labs, based out of Toronto, Canada, is the research and development division of Paytm. Paytm Labs started its operations in 2014 with a two member team. It has grown now grown to a 55 member team of Software, Data and Machine Learning engineers.

Not only this, in March 2017 Inc42 reported about Alibaba leading a massive $200 Mn round in Paytm’s recently formed ecommerce unit. Earlier in February 2017, Paytm had launched a consumer shopping app, Paytm Mall for its users which was inspired by the model of China’s largest business-to-consumer (B2C) retail platform, TMall. The company currently has a userbase of 200 Mn.