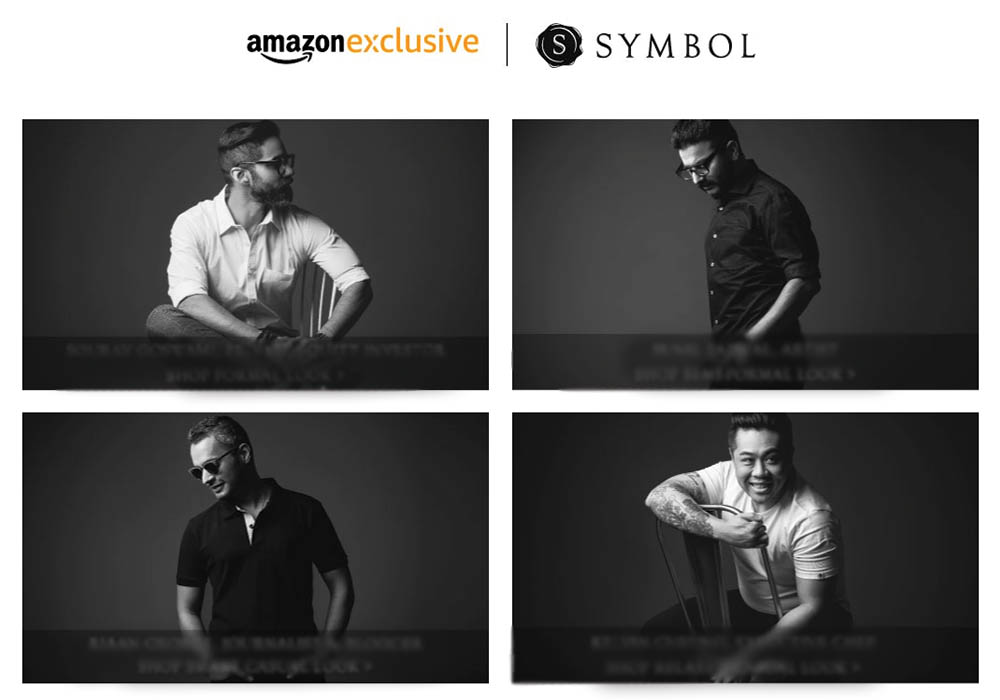 The race to emerge successful during the festive season in the Indian ecommerce market is catching fire. Just yesterday, Flipkart announced the dates of the Big Billion Day Sale. Now Amazon India has launched a private fashion label, in order to boost sales and margins in the fashion category.

Amazon is reportedly planning to launch six private labels on its platform. The first, ‘Symbol,’ was launched by Cloudtail India, Amazon’s largest-seller, earlier this month.

Symbol is a western wear brand for men that has a collection of formal and casual wear. The brand contains a multitude of apparel, accessories, and symbol products.

In February 2015, reports emerged that the US-based retail giant was gearing up to encash on the booming fashion and lifestyle segment in India, making it the first country to have Amazon’s private fashion labels.

In the US, Amazon has established private brands like Pinzon which sells towels, batteries, and laptop bags among others.  Amazon hinted at this development when it posted a vacancy on LinkedIn for the job of head of private brands.

In late 2014, Flipkart launched its private label Citron to offer products under home appliances and personal healthcare category. That was the third private label by Flipkart. Previously, it had launched Digiflip in consumer electronics, and Flippd in the apparels segment.

Cloudtail is a joint venture between Amazon Asia and Infosys founder NR Narayana Murthy’s private investment fund Catamaran Ventures. It will launch other fashion brands too, as per sources close to the development.

Amazon has been investing heavily in India to overtake its local rivals Flipkart and Snapdeal. It is now eyeing the fashion business to overtake Flipkart’s Myntra and Jabong.

The three major players are leaving no stone unturned to out-do each other.

Last week, Flipkart claimed to have plans to hire 10,000 temporary employees to prepare for the upcoming festive season. While Amazon India increased its last mile delivery network to 12,500 stores, Snapdeal has also launched its new brand identity “Unbox Zindagi” earlier this week. It also unveiled a new logo. It has reportedly invested about $30 Mn (INR 200 Cr) for the brand overhaul.