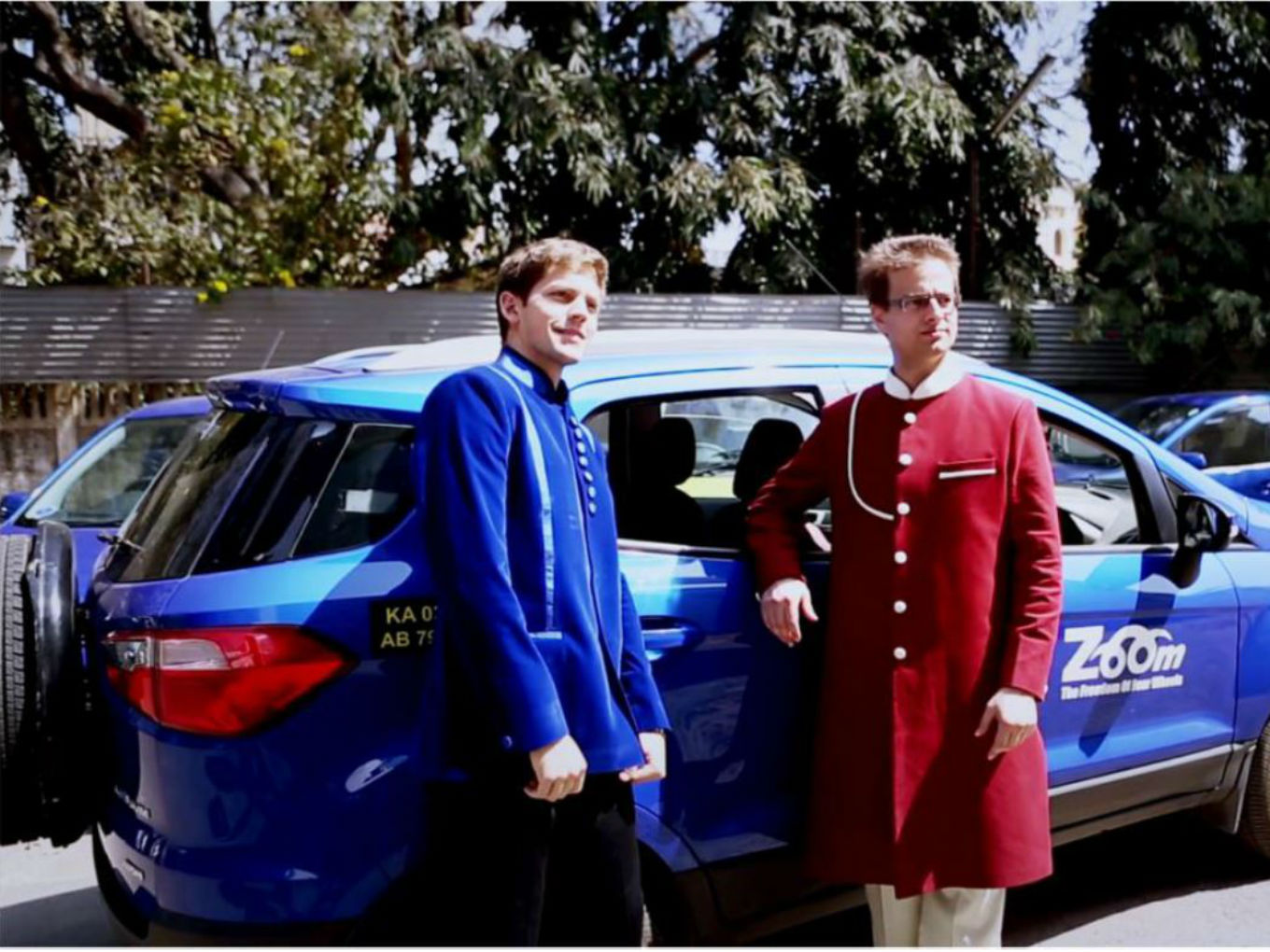 In India, patience is the biggest virtue an entrepreneur can have

Back recently released a paper with the title, “The case For VCs In India

Sometimes to see the big picture one needs to be standing far enough from the problem.

For David Back, attending an annual MIT event in 2011 was the source of such an aha! moment. During the event, Back and his friend Greg Moran realised that India had no company which offered “western style car rentals with no chauffeur” – a business which is so common in the US that no investor would have given it a second thought, let alone invest in it.

Back and Moran’s startup Bengaluru-based startup, Zoomcar, now operates 9,000 cars in more than 45 Indian cities. Starting with just 7 cars in 2013, Zoomcar was the first startup in the country that offered self-drive car rental as a service. By the time Back left day-to-day management at the end of May 2015, it had grown to about 1,500 cars in six cities.

Based on his learnings so far, Back recently released a paper with the title, “The case For VCs In India”, in association with The Indian Private Equity and Venture Capital Association. The paper showcases his research and learnings from several conversations with entrepreneurs, angel investors, venture capitalists, among others.

When Zoomcar was launched on Valentine’s Day on February 14, 2013, RBI had tightened capital control restrictions in response to the US Federal Reserve. Soon Indian startups found that raising capital became almost impossible; and many good ventures starved to death.

“During the time period (2013-2016), Zoomcar had a huge demand but like everyone else raising money to expand was almost impossible. Other Indian entrepreneurs I spoke with at that time told the same story,” Back writes.

The entrepreneurial ecosystem in India received its boost exactly when it needed the most. “When RedBus got acquired by Naspers and Tencent’s Indian subsidiary Ibibo for about $140 Mn which provided a much-needed jolt of confidence to the entire ecosystem,” he adds.

Here are some more interesting insights Inc42 gathered from the recently released paper by David back, highlighting what the VC ecosystem of today demands from the new age startups.

Want A VC To Invest In You? Get Some Experience And A Degree!

Back says that one of the fundamental shifts he observed in the Indian startup segment is that there is now a preference for older and more experienced entrepreneurs.

Another criteria which Back lists as a trend is that of investors, who are increasingly putting more weight on is for the founders to be from one of the top-tier schools, like IIT, IIIT, NIT, IIM, ISC, Harvard, Stanford, MIT, Oxford, and Cambridge

“With almost 100 pitches for each completed investment, VCs are now relying more on introductions from trusted sources. They are also putting more weight on easy selection filters,” said Back.

So for the impatient entrepreneurs who are thinking of dropping out because they cannot wait to setup their own startup: Stay in school!

The paper cites Amrit Dixit, a senior managing director and head of Private Equity at Blackstone, who was speaking at the 2019 Wharton India Economic Forum in Mumbai, and who said that the quality of the management team is the single biggest judgment call one has to make while deciding on an investment.”

Getting VC funding in India is now far more competitive than getting into Harvard, and almost as competitive as a Rhodes Scholarship.

Problem With The Use Of The Word Unicorn

Back has an issue with the word Unicorn (also for other acronyms not discounting the word ‘soonicorn’ used to describe his own company) and feels that it distracts people from looking at other important aspects of a business. He primarily lists two reasons:

1) It priorities raising capital and achieving valuation above all other goals for a startup. The point of creating a new company is the satisfaction of creating something new and realising a vision, as well as providing a good return on equity to investors, and to make money for founders.

2) It is imprecise and has become clunky with additions like “soonicorn” and “decacorn”. A field dominated by engineers and computer-scientists calls for a more fine-tooled measurement based on binary systems.

Fed up of these acronyms and “with an urge to be immortalised”, Back comically suggested his UNREALITY Index of startup valuations that show another aspect to his creative talent and maybe an alternate satirist career. 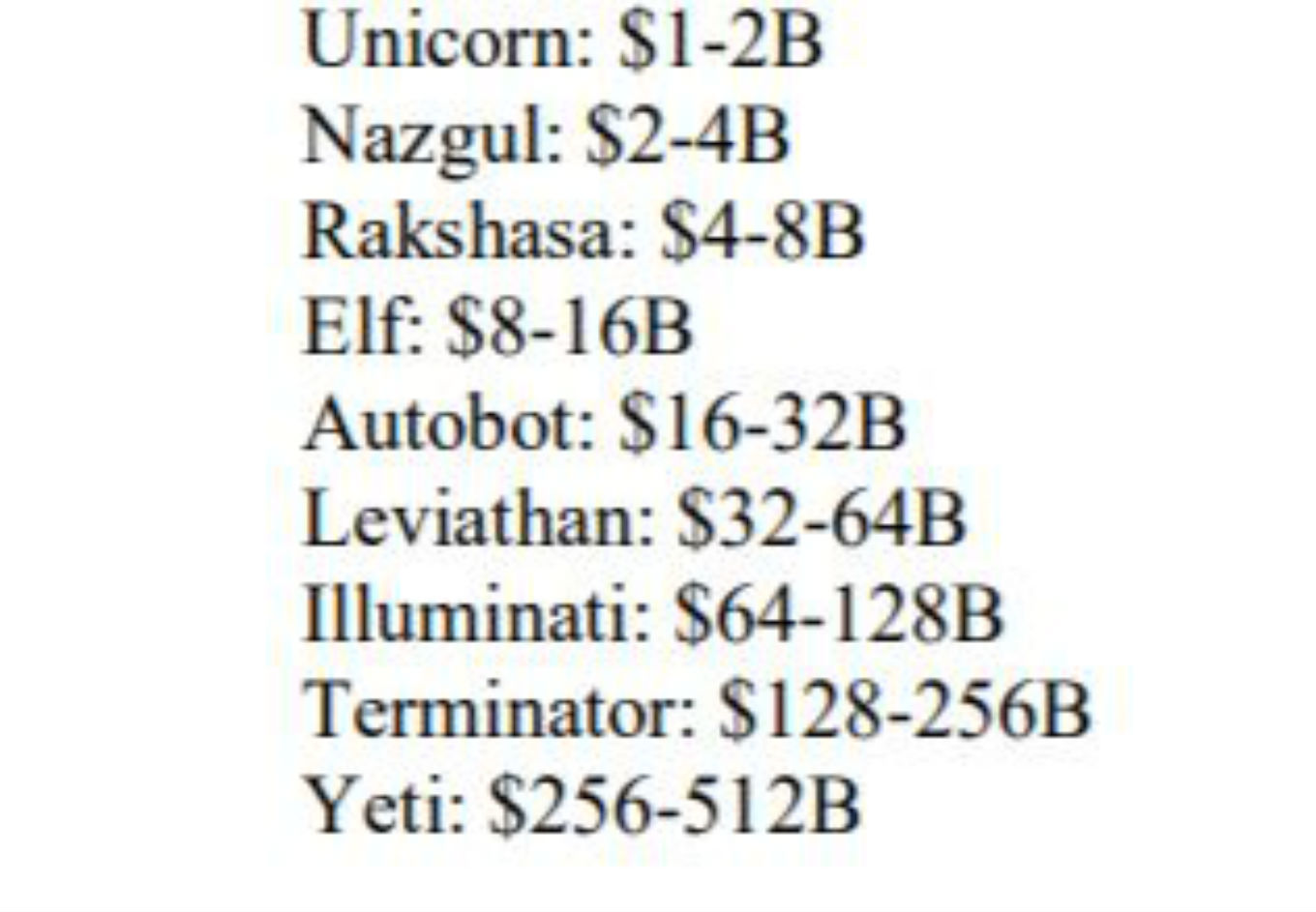 “Based on this Index, Flipkart exited as a very-respectable “autobot” company; and India currently has one “elf”, three “rakshasas”, four “nazguls”, and nine “unicorns”.

In India Fortune Favours The Patient

Talking about what defining characteristic of the Indian growth story is, Back quotes his friend Bert Mueller, founder of California Burrito fast food chain in Bengaluru “Fortune favours the bold. India favors the patient.” I couldn’t agree more. Thomas Edison said that “genius is 1% inspiration and 99% perspiration.” In India, it must be 99.9%!”

But while investors need to be patient and place their bets for the long term, the paper urges urgent policy action on the biggest challenge to progress which is the environment. Air pollution clogging Indian cities and access to safe drinking water are critical issues that the nation faces and that it is hard to find a solution for these issues and “almost impossible” to see the political will to do enough about issues like water shortages before it is too late.

In conclusion, Back writes “There is an expression in parts of India, “You’ve got the clock, but we have the time.”

India is a tremendous investment opportunity for very, very patient capital. “Everything takes longer in India. Perhaps my most profound insight about India is that the concept of You Only Live Once largely does not apply. For most of the major religions in India, You Only Live Infinite Times,” Back said.