“We had never thought of an early exit. We had more than 75% of our funding still left in the bank and more than 36 months runway. So exit was the last thing we had in mind, it just happened and we think it is the best option keeping everyone in mind,” says Arvind Parthiban, co-founder of marketing automation startup, Zarget, which was snapped up by SaaS-based customer engagement software Freshworks last month, making it its ninth acquisition in two years.

Zarget has had an eventful journey in its short span of existence as an independent startup. Founded in 2015 by former Zoho employees Arvind Parthiban, Naveen Venkat, and Santosh Kumar (who have spent over 10 years at Zoho), Zarget is a one-stop website optimisation product that assists clients in A/B testing, heatmaps, funnel analysis, split URL testing, and form analytics. The marketing automation startup, in fact, had the rare distinction of being backed by a trifecta of marquee investors – Sequoia Capital, Accel Partners and Matrix Partners.

In fact, its last funding round, which was its Series A round led by Sequoia Capital, happened just nine months ago in November 2016. At that time, Arvind had spoken to Inc42 and had told us, “We will firstly focus on building multiple products and secondly reaching global markets. The investment will be used to build bigger modules in the same space to create holistic conversion rate optimisation software with modules such as mobile marketing automation and others.” 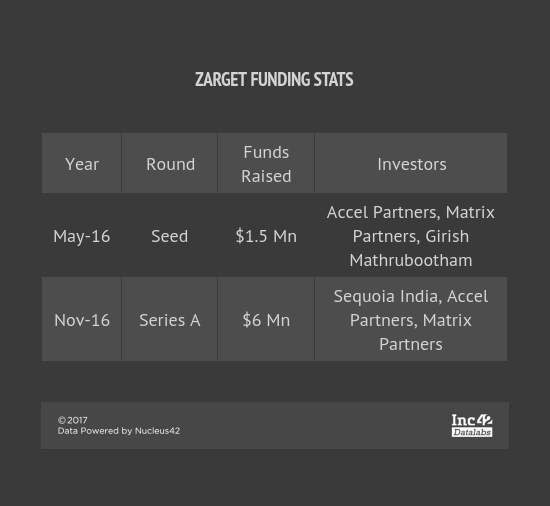 At that time, the startup claimed to have more than 1450+ customer signups in 30 countries and included brands like Landesk in the US, BizTalk360 in the UK, Freshdesk in India, and Buscape in Brazil. Revenue-wise, Arvind stated that the SaaS Startup was posting 200% month on month growth. The startup was aiming to touch hit $2 Mn in ARR by the end of this year (2017).

In fact, the startup held an enticing proposition – starting out for as low as 50 cents per day, any small business owner or digital marketer can turn their website into a visualisation dashboard for marketing automation, optimisation and testing, and gather actionable insights needed to make critical improvements on the fly.

How is it then that a company looking to ramp up its offerings and with 75% of its funding still left, suddenly decide to rein in its ambitions and decided to join hands with a seasoned player like Freshworks instead of continuing its solo run?

Somewhere in those numbers lies the answer to this untimely exit.

Zarget started out with A/B testing and heatmaps and has evolved into a CRO (Conversion Rate Optimisation) suite over the course of its journey.

When we spoke to Arvind at the time of their Series A funding, he laid bare Zarget’s proposition. The marketing automation space, today, is riddled with dozens of competing players – smaller players with very specific feature sets or larger players with full-fledged suites targeting enterprises.

That leaves the marketing teams in SMB’s in a fix and forces them to use multiple tools for individual features. This leaves data in multiple silos with no easy way to address online behavioural patterns – such as where drop-offs are occurring. Additionally, it leads to security vulnerabilities, leading to billions of dollars in lost revenue and trillions of dollars in merchandise left in shopping carts each year.

Zarget, on the other hand, was trying to offer a complete suite of solutions – including A/B testing, dynamic heatmaps, funnel analysis, form analytics, and user polls and feedback – at 10% of the cost, and on a single platform.

Here’s a look at the price points offered by Zarget to its customers a few months back.

Now, this has been revised to the following. 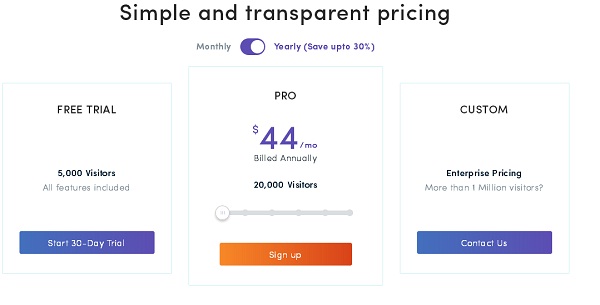 But while the pricing was competitive, the fact remains that the field of marketing automation software for SMBs is riddled with high competition and even higher churn rates with many established players such as US-based Optimizely, A/B Tasty, Wingify’s Visual Website Optimizer (VBO), Hotjar, Five Second Test, and Convert to name a few.

The closest competitor and comparable, both in terms of offerings and pricing, would be Hotjar. We got our hands on some of Hotjar’s key metrics to give you some perspective on how Zarget stacks up against one of its closest competitors. 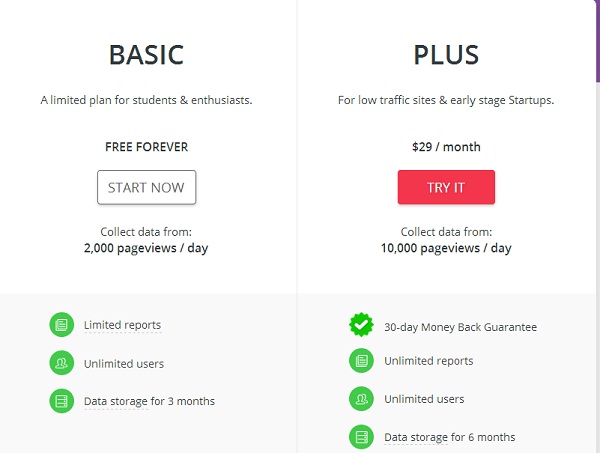 On the other end of the spectrum is Google-backed Optimizely which has raised $146 Mn in funding and claims to have grown to $90 Mn in ARR this year.

The high competition, as a by-product, leads to high CAC’s (Customer Acquisition Costs) for new startups in this domain. And SaaS startup Zarget was no exception to this.

Reveals Arvind, “The churn was very high, given we were still catering to the SMB businesses. Marketing domain is known for this problem and to address this we either needed to change our business model or move up the ladder and play the enterprise game.” And SMBs were the biggest chunk of its client base. 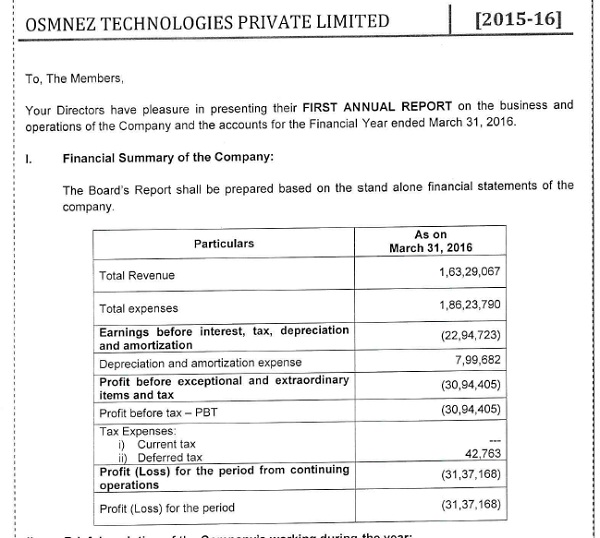 Another player in the marketing automation space anonymously told Inc42, “With only 400+ customers paying $30 a month and CAC > $1000, no way it was possible for it (Zarget) to compete with other players such as VBO or Optimizely or A/B Tasty. It’s a tough market to break in as SaaS. You have to create a strong partner network and work on your metrics.”

Just by looking at these numbers, one can tell that the current unit economics just didn’t make sense for Zarget anymore. While the metrics would have improved as its brand awareness grew, but with such a high CAC and churn rate, the company had a long way to go for finding its product-market fit.

From Zoho To Zarget To Freshworks

“The idea was completely mine. I realised there were two options ahead of me and I ran this with our board first and then took it to Girish Mathrubootham (CEO of Freshworks). When we realised even Freshworks also had a similar vision in marketing automation domain, it made sense to merge and work together,” he reveals.

While all founders agreed to the same, did the marquee investors too? Given that the exit to Freshworks is not exactly what they had in mind.

In the current deal, investors get their cut of the deal as Freshworks shares, not exactly a handsome exit they normally hope for. “Of course investors wanted us to build a unicorn out of India, however, given the situation and hurdles ahead. They agreed with what the founders wanted and left the decision completely to us,” reveals Arvind.

Interestingly, this is something which even Arvind had stressed upon in one the earlier interactions with Inc42, the importance of the number of people who use the product.

It appears that even with over $5 Mn in the bank still left, the deciding factor for Arvind and the team were these numbers. With Freshworks and its 120,000 businesses that already use one or more of Freshworks’ existing solutions, Zarget has a sure shot way of upping these numbers. In addition, the acquisition allows it to further improve key metrics as customer acquisition cost and churn would lower after Zarget is pushed as a part of the offerings under the Freshworks umbrella, which now get a website optimisation software too in its kitty. 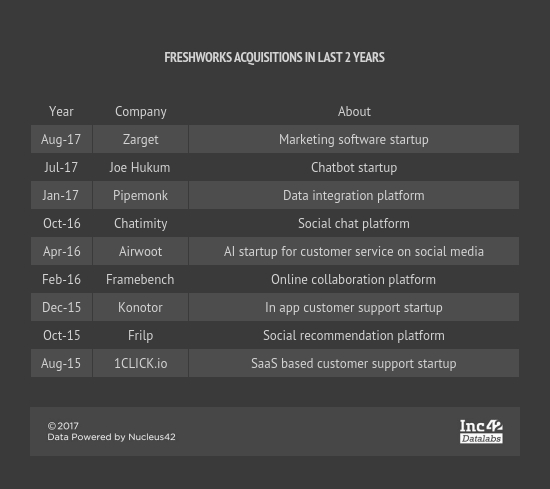 But what if the acquisition option had not materialised?

“We would have built another product as we had enough money in the bank. There was the option for cross-selling with another suitable product which suited our business model,” says Arvind.

How far that would have played out for Zarget, in the long run, is tough to say. But one thing is sure, the company has surely come a long way from its roots in Zoho to its association with Freshworks by virtue of having worked with Girish and being mentored by him, to finally merging into the Freshworks umbrella itself.

Yet, the founders decided to take a call to exit even with 36 months of leeway. Which very clearly points to the highly competitive SaaS market for Indian startups. As per a Google Accel report, global SaaS is to be $132 Bn by 2020 and that India will take away 8% of the total share by 2025. Zarget’s interesting short life as a standalone startup points out that even with backing from marquee investors and brands, ultimately how much can you sell your product in the market and to how many customers, is still the real Borsalino hat test for SaaS startups. By deciding to get acquired by Freshdesk, Zarget seems to have found a breather to pass this test in a relatively easier way.