Women’s Day 2020: Where Have Women Reached In Terms Of Leadership At Startups, VC Firms?

Women’s Day 2020: Where Have Women Reached In Terms Of Leadership At Startups, VC Firms? 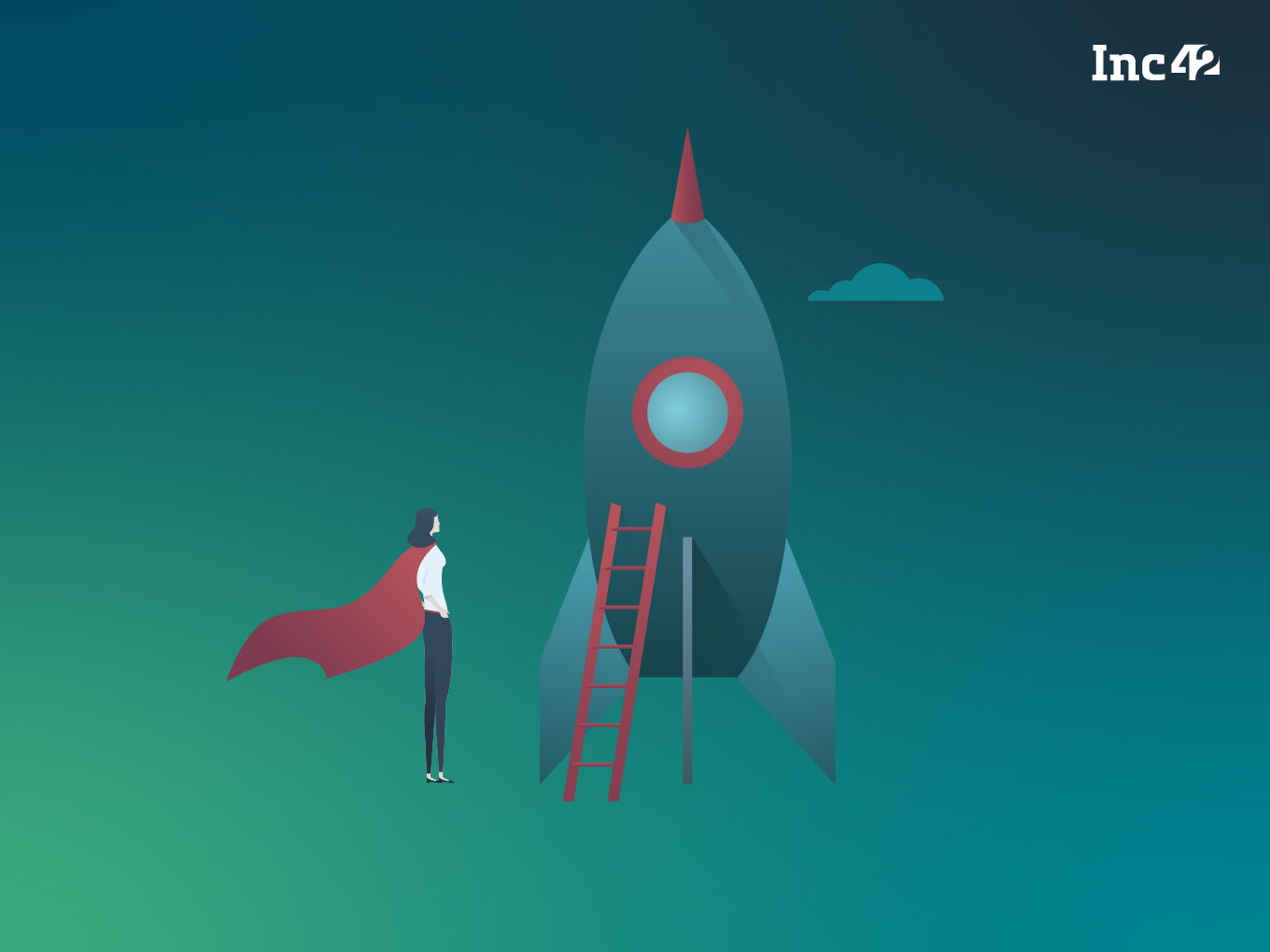 Overall, India has 13.8% women in the companies' board of directors but what’s the number for startups, VC firms?

1975 to 2020 — it’s been four decades of celebrating International Women’s Day and waiting for gender parity. It’s still a long shot, but who has ever achieved anything without step-by-step progress along the way. Talking about the gender gap in business leadership, only one out seven board members in India is a woman, according to the AON OnBoard 2019 report.

Women In The VC World

Based on the publicly available data compiled from the websites of the most active venture capital firms in the country as well as their Linkedin employee diversity, we noticed that an average of 16% of leadership positions at VC firms are occupied by women employees, while obviously men accounted for the rest. For the study, positions such as partners, managing partners, vice presidents, director sand principals were considered as leadership roles. 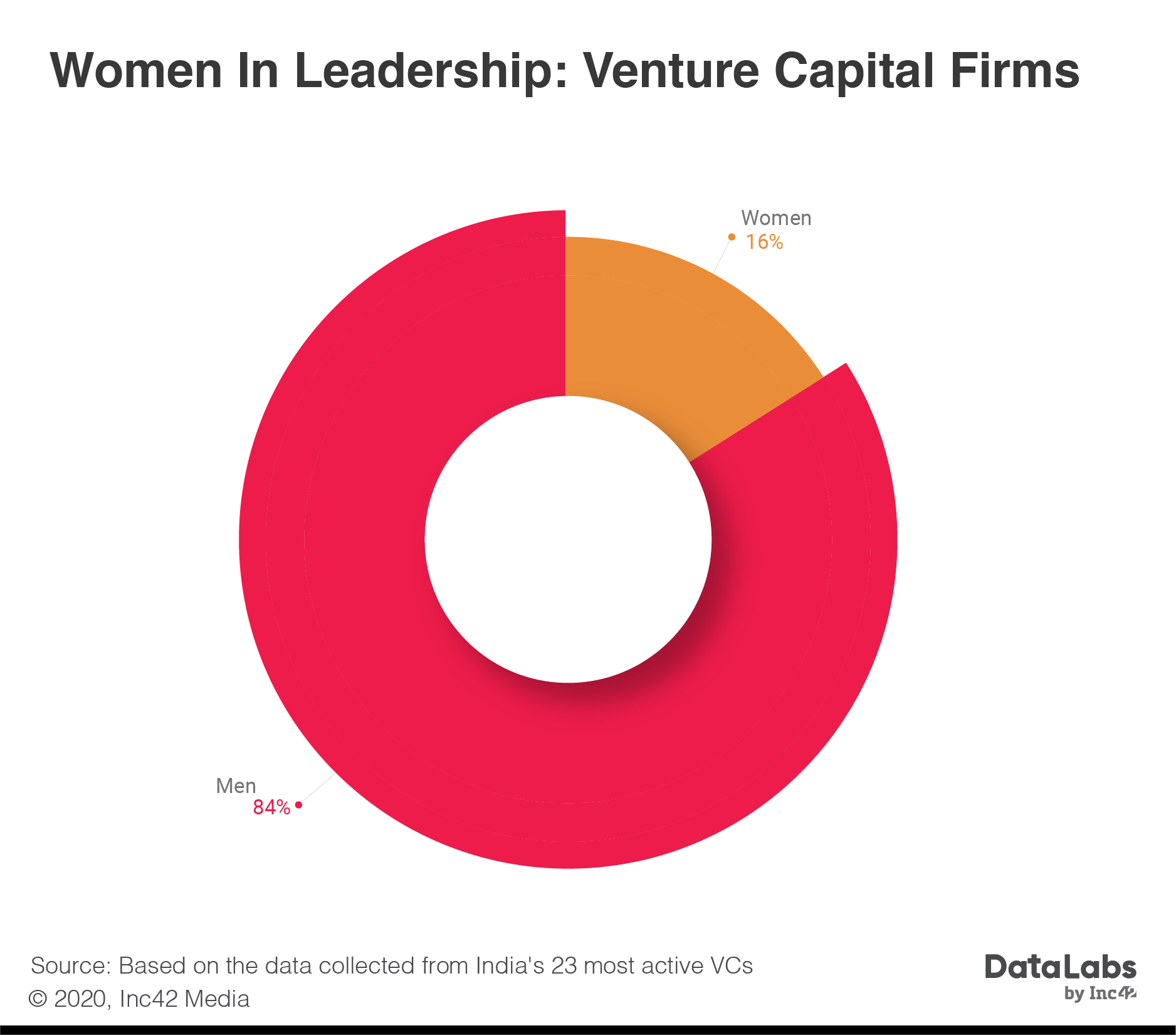 Interestingly, the gender gap is narrower when we move towards junior level positions like associate, senior associate, analysts and support functions such as communications, people operations, finance, and legal. In these positions, 40% employees were women, while men accounted for the rest.

We also studied gender split across the boards of 20 unicorn startups to find that a mere 9% of board members at these startups are women, as compared to the roughly 14% that AON found in its study for all companies in India last year.

“Women play multiple roles in their lives, with the responsibility of the primary caregiver usually taking priority while men are assumed to be the breadwinners. These gender-based stereotypes are enforced time and again and have a huge impact on the career longevity and aspirations in women,” said Divya Gokulnath, cofounder of edtech unicorn BYJU’S. 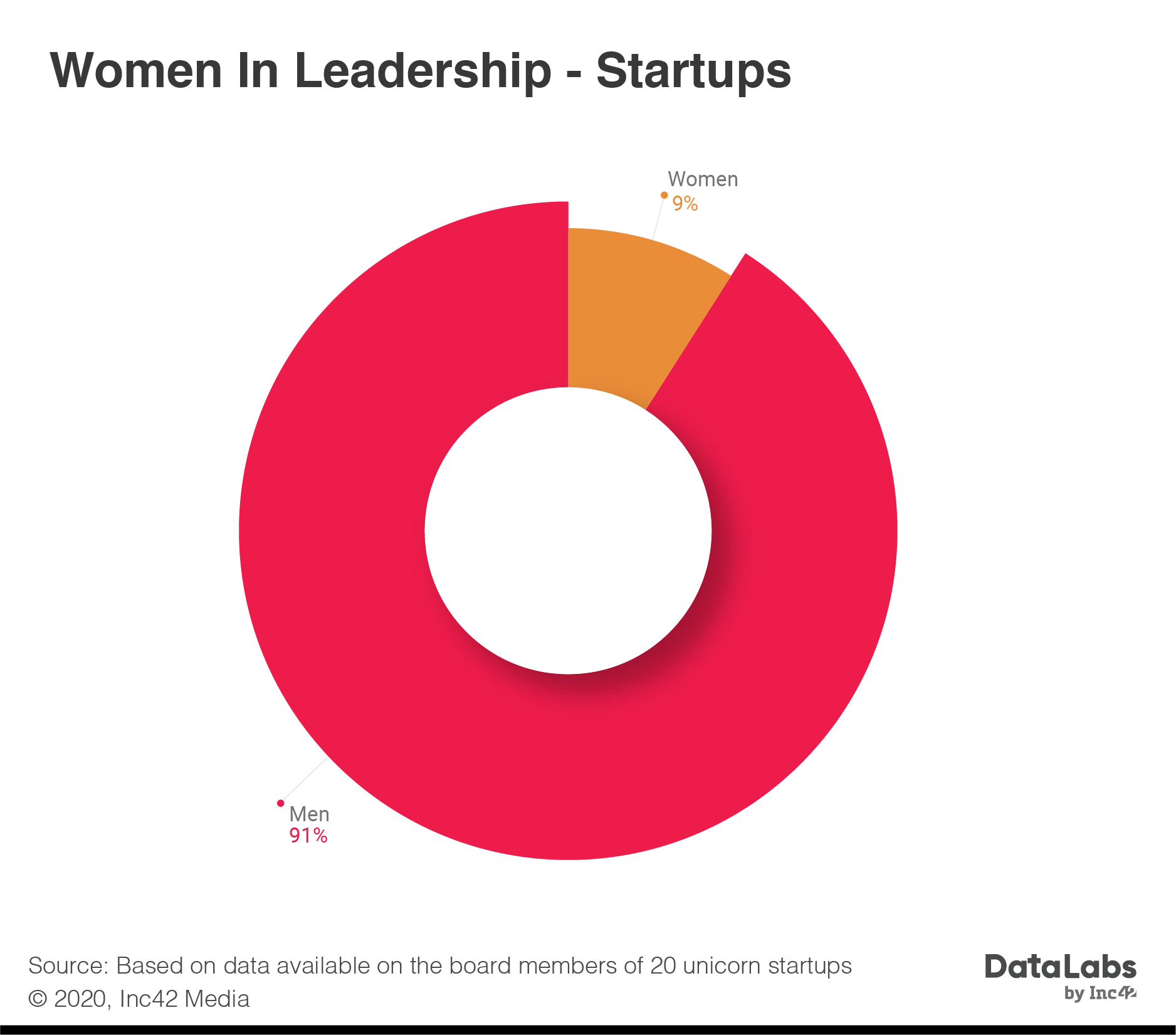 Commenting on the skewed gender participation in startups, BigBasket’s Human Resources VP, Tanuja Tewari told Inc42, “Gender disparity in tech starts at the college level where women representation is much lower than the male students. This continues at the corporate but is much better at entry-level than mid/senior levels.”

Tewari also said that it’s also about the perception in the business world and the society at large. Women are still considered as primary caregivers so they either end up quitting or taking jobs that may not be as dynamic as the technology-related roles in the industry.


WEF Gender Gap Report also highlighted the pervasive gender gap in the tech industry. The report noted that cloud computing roles globally have just 12% of women representation. Similarly, in engineering and data and AI, the numbers are 15% and 26% respectively.

With inputs from Kritti Bhalla