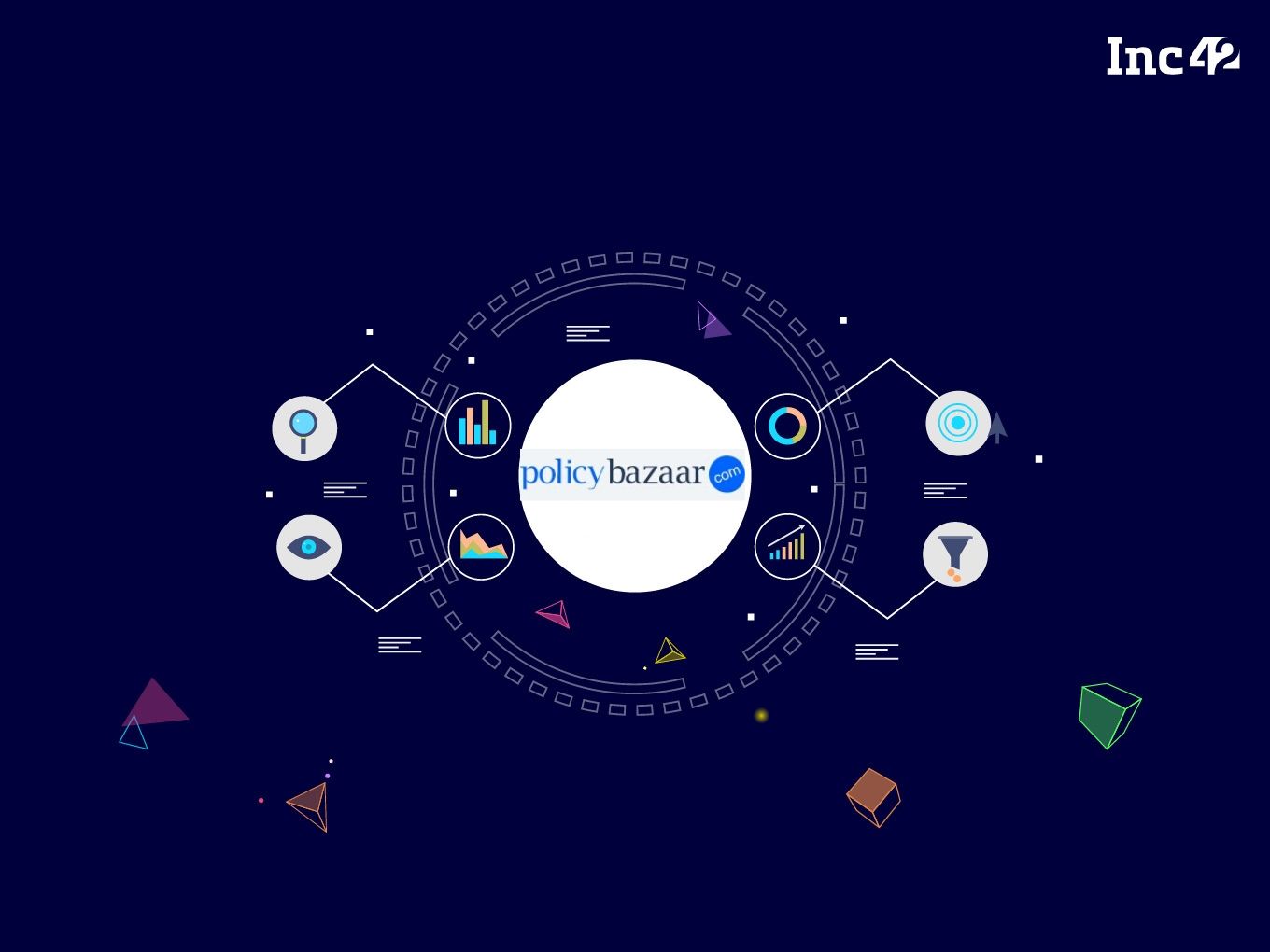 PolicyBazaar on a standalone basis has marginally improved its earnings

The company has seen huge rise in expenses too

PolicyBazaar is one of the subsidiaries of ETechAces Marketing and Consulting

According to IBEF, insurance penetration in India is as low as 4%. The central government had increased the foreign direct investment (FDI) limit in the insurance sector from 26% to 49% under the automatic route, which will further help attract investments in the sector. However, currently, only 3% of all insurance is bought online in India in an $80 Bn market.

With players such as PolicyBazaar, Coverfox, Acko etc, the insurance industry is ripe for disruption and a technology upgrade. According to DataLabs by Inc42, between 2015 and Q1 2019, the total investment in Indian fintech startups was $7.62 Bn with a total deal count of 478. Out of the total funding, insurance tech contributed 8.03% ($612 Mn).

Delhi-NCR headquartered online insurance aggregator PolicyBazaar earlier claimed to have over 100 Mn visitors yearly and record sales of nearly 300K transactions a month. Backed by investors such as SoftBank, Tencent and others, it has raised $364 Mn till date.

Operated by ETechAces Marketing and Consulting, PolicyBazaar has two sister companies in PaisaBazaar and DocPrime. While the former is a lending and loans marketplace, DocPrime is in the healthtech space.

In its financial performance for the fiscal year ending March 2019, PolicyBazaar has disclosed drastically higher losses. In FY18, the company had reported a loss of INR 9.42 Cr, which has shot up by 21.6X to INR 213.12 Cr in FY19. The primary reason for this is the 5.5X increase in advertising and promotional expense for the year.

It is to be noted that while India’s insurtech market is growing, the addressable market base is not growing as rapidly owing to the slow adoption for digital insurance services in non-urban areas. As per a PwC survey,  35% of the respondents in India preferred getting the insurance from an agent compared to other means whereas only a mere 20% opted for online means. This indicates the fact that human interaction still plays a vital role in customer decision making when it comes to insurance.

From new-age tech startups such as Ola etc adding insurance to their product portfolio in a bid to diversify their business, the competition for eyeballs and consumers in the digital space is getting tougher. This means spending for advertising and marketing has gone up dramatically in this space. Even though PolicyBazaar has a huge standing with its decade-old experience in the market, the company has been investing heavily to gain a larger market share.

The company in its filings said that revenue is measured at the fair value of the consideration received or receivable net of goods and service tax (GST).

PolicyBazaar says that revenue does not include future revenue which may flow in from channels where revenue cannot be reliably measured, based on a number of criteria across its sales channels.

While on a standalone but overall basis, PolicyBazaar’s expenses have grown 2.11X, the biggest rise has come in terms of advertising and promotional expenses.

Further, the company’s employee benefits jumped 1.23X reaching INR 222.57 Cr from INR 99.39 Cr in FY18. Also, some of the other major expenses were IT expenses, administration expenses etc. Inc42 reached out to PolicyBazaar for comments on the performance. The story will be update as and when the responses come in.

As loss-making unicorns are attracting negative attention in the market and in the media, investors across sectors have focussed on unit economics and profitability. How PolicyBazaar charts its way into profits or even achieves breakeven will be a significant milestone.

After the story was published, Aman Dhall, head of corporate communications at PolicyBazaar told Inc42, “During the last FY, we invested heavily on strengthening our tech and product capabilities, customer service, and marketing communications campaigns to raise category awareness — these are areas which we believe are at the core of building a solid consumer-centric business. We expect to regain profitability, as the consumer matures, awareness levels increase and efficiency of scale kicks in.”