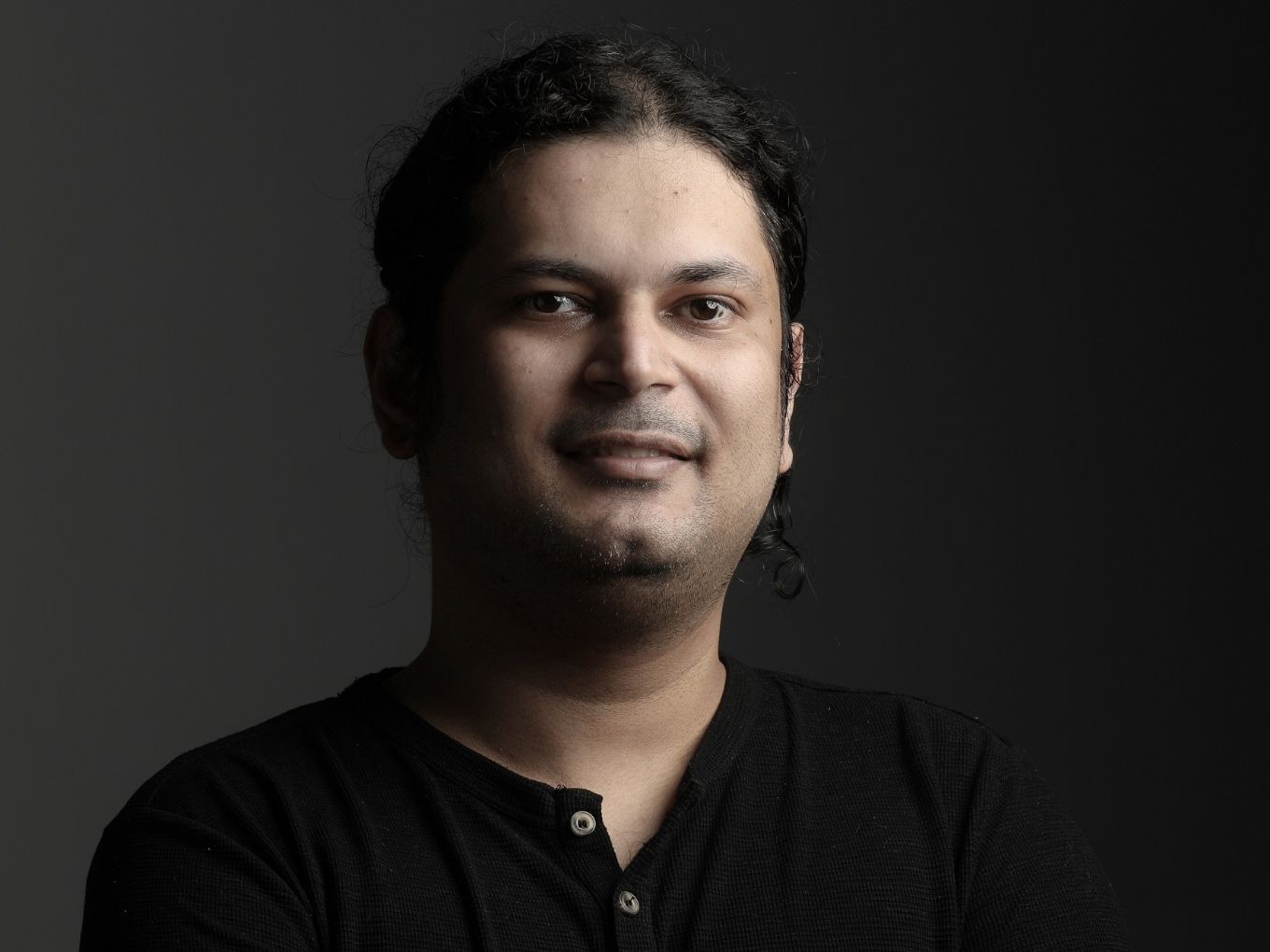 In August, the company announced that it has raised $150 Mn, taking its valuation to $1.33 Bn

There is a version of the company which could have been less profitable, but would have grown even more, says CEO Amrit Acharya

Building a B2B startup is especially hard. While consumer-focussed tech companies can really grow fast in a short span of time, hinging on big marketing spends and discounts, a B2B tech startup can’t take any shortcuts as customers won’t spend a dime until they are sure of the value proposition.

For this reason, one can spot a marked difference between the SaaS companies and consumer tech startups that entered the unicorn club in the past year. While the former category of companies — like Browsterstack, Mindtickle, Chargebee — have been around for a decade, B2C startups like Cred, Groww, Urban Company are relatively new.

But Bengaluru-based contract manufacturing network Zetwerk proved to be an outlier. Founded in 2018 by Amrit Acharya, Srinath Ramakkrushnan, and Vishal Chaudhary, who are former employees of FMCG major ITC and logistics unicorn Blackbuck, Zetwerk is a manufacturing services platform that connects manufacturing companies with vendors and suppliers for industrial machine components and consumer products.

Its customer base includes Tata Steel, Delhi Metro, BHEL among other major industrial and manufacturing companies in India and Southeast Asia. In August, the company announced that it has raised $150 Mn, taking its valuation to $1.33 Bn. Its cap table includes  D1 Capital Partners, Sequoia Capital, Accel Partners, Greenoaks, Lightspeed Partners, and Kae Capital.

Zetwerk’s annual revenue has increased several folds since 2018 despite macro-economic challenges and disruptions caused by the pandemic to the manufacturing sector. Its revenue grew to INR 949 Cr in FY21 from INR 360 Cr in FY20. The company also narrowed its losses to 2% of the revenue during 2020-21 from 8% in the year-ago period.  While the industrials segment constitutes 85% of its revenue, the consumer product vertical, launched in September last year, accounts for 15%.

Inc42 recently sat down with Zetwerk CEO Amrit Acharya to understand the company’s journey and future plans. Here are the edited excerpts from the chat.

Inc42: You pivoted twice, yet became a unicorn in the fourth year of operations. What was behind the changing business models?

Amrit Acharya: In the beginning, what we were interested in was the custom cycle when there is a lot of back and forth between buyer and supplier to determine the exact specs. We built the software and then we went to big enterprises like GE and L&T, and they all really liked the software. But the problem was that international enterprises did not make software decisions in India and we discovered that the sales cycle of domestic enterprises was too long.

At the same time, they were asking if our software could be used to discover new suppliers, and we realised that that was a more latent pain point. So that’s how we made our first pivot as we went from SaaS company to SaaS-based marketplace, where we started onboarding small manufacturers who can service the demand from these large enterprises.

While that took off, we realised after a point that demand and supply were mismatched a lot of times. For instance, a supplier would take orders for 500 pieces a month when they could actually do only 100 pieces. So, ultimately the order execution suffered and it did not reflect well on us as the customer experience suffered. On the other hand, small manufacturers have highly volatile businesses as they get demand three months a year. So, they were saying ‘Nothing has changed for us.

That’s when we pivoted to the new model where we moved away from a pureplay marketplace where we could not do anything beyond discovery in the transaction.

Inc42: A lot of times you are spoken of in the same breath as B2B marketplaces like Moglix, Udaan and IndiaMART. Do you see them as your competitors?

But we are not a distribution company, although we can work with distribution companies to solve supply chain problems. The problem we are trying to solve is: somebody has a product that needs to be made and there are small manufacturers or supply partners in this country who have the ability to make it.

Then how do you get the product made on time and in the right quality? We wish more companies would try and solve this problem because it’s a big unorganised market. But as of now, we don’t see anyone looking at this space.

Inc42: What kind of commissions do you charge from the manufacturers on your platform?

Amrit Acharya: That is something we do not talk about. But the way to think about it is — it is less of a commission and more of a take rate for services. Today, there are publicly traded companies like Xometry and some nuances can be gleaned from how these companies operate which are applicable to us. (Xometry is a US-based company operating in the same sector as Zetwerk and has an average take rate of around 20%).

It also depends on different segments. In precision manufacturing, the tolerances are in microns and so the take rates tend to be higher because it’s not an easy problem to solve. Then there is the capital goods segment where the tolerances tend not to be in microns, but in the range of millimeters to centimeters. These can be something like a streetlight pole, a pipe, or a machine part. So, these are slightly less complex than the precision segment (and hence the take rate is lower).

Inc42: Inframart started out connecting suppliers and customers of building materials and then launched its own private labels to standardise the groups. Do you have any plans to launch private labels for consumer products?

Amrit Acharya: We are essentially a manufacturing company. Even for the consumer segment, the business exists because we are able to work with these brands and help them go to market faster and in the most efficient way possible. There are no plans to have our own private label.

Inc42: Going forward, what kind of targets do you have? Is there a new area you are thinking of entering?

Amrit Acharya: Last year, the business grew 3X year on year and, obviously, it was very challenging both personally and professionally. The interesting thing in our business is that we get orders ahead of time — the orders we get today will get manufactured in the next 3 months or 6 months.

Hence, there is a lot of predictability of demand. At this point in time, we have close to INR 4,500 Cr of unexecuted demand in our system. That gives a lot of clarity on the future expectation that we can have from the company. So, last year we grew 3X and this year, too, we should at least grow 3X.

We already have a large unexecuted order book and the incremental effort to acquire a new customer today is the lowest it has ever been. Also, we have never done any marketing — growth has completely been through word of mouth over the last three years.

Inc42: Zetwerk narrowed its losses to 2% of the revenue during FY21 from 8% in the year-ago period. What is your roadmap for hitting profitability vis-a-vis growth?

Amrit Acharya: The company has very strong unit economics. At the same time, growing 3X-4X year on year is an outlier outcome, and it does not happen unless the company keeps on reinvesting. We don’t see our rapid growth as a one-year or two-year phenomenon, but a precedent for the next 10 years or 20 years.

That being said, we have always believed in profitable growth. We don’t believe in growth at all costs. There is a version of the company which could have been less profitable but would have grown even more, but we have chosen to not build the business that way. We want to grow at an accelerated rate while also building a profitable business at the same time. These are tough things to do simultaneously.

Inc42: You have recently forayed into the aerospace sector — something that has not been India’s forte historically. What is your thesis behind entering this sector?

Amrit Acharya: We see large-scale opportunities coming up in aerospace as a lot of companies are moving their supply chains to India. Some of it is mandated through regulation which says that some portion of your aerospace components have to be manufactured locally in the country to be eligible for certain types of demand.

A part of it is also being driven by global companies trying to move their supply chains outside of China or East Asia. While they used to be concentrated in that region, now they have a China plus one or East Asia plus one strategy so as to not depend on just one country for their sourcing products. So, these are the broad industry trends that are happening and that is why we are trying to play in this space.