Union Budget 2018 Gives A Big Thrust On Agriculture But Will It Percolate To Agritech Startups?

Union Budget 2018 Gives A Big Thrust On Agriculture But Will It Percolate To Agritech Startups? 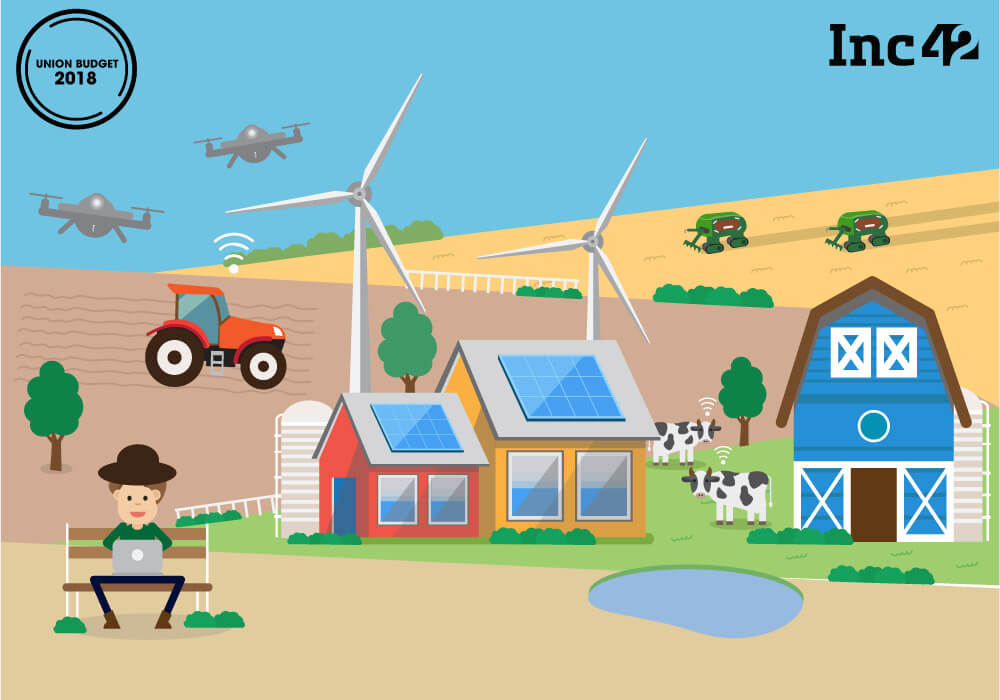 Reiterating the current government’s commitment to the goal of doubling farmers’ income by 2022 or by India’s 75th  independence year, the Union Budget 2018 gave a big thrust to agriculture and the related agritech sector.

Finance Minister Arun Jaitley’s fifth and last union budget introduced a major reform that the minimum support price (MSP) for all agriculture produce would be fixed at a level to ensure the farmer a minimum return of one and a half times over the production cost.

The FM stated, “We have placed the emphasis on higher income for farmers. Farm and non-farm employment for farmers’ remain the focus. Agriculture produce is on a record high. The government is working on farmers getting 50% more price than cost price. This will go forth to double farmers’ income by 2022.” 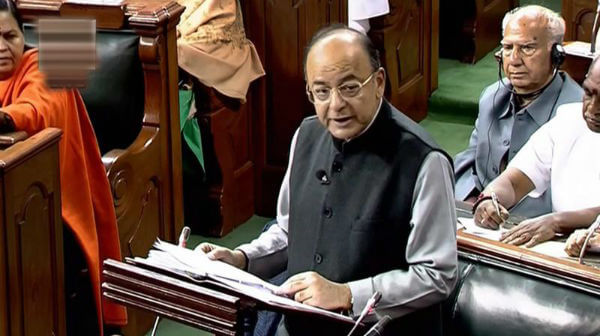 He added that if the market prices are lower than MSP, it is the government’s duty to make sure farmers get their due. This might be the first major agricultural reform India has seen in a long time. Besides the MSP reform, the FM also announced a slew of measures like setting up a $78.5 Mn (INR 500 Cr) Operation Green Fund and a $314 Mn (INR 2,000 Cr) agricultural market fund.

A Quick Look At Measures Announced For Transforming Agriculture

What Does The Union Budget Mean For Agriculture And Agritech Startups? 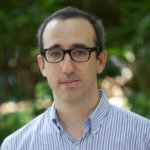 , founding partner at Omnivore Partners told Inc42 that on the outset it was very much a populist budget, trying to address the situation of agricultural distress. Mark said, ” I am very interested to see how the MSP mechanism that the government is proposing will work. It is one thing to say it and another thing to execute it in a way that it reaches the intended beneficiaries.”

Mark has a point here. One of the biggest challenges facing agriculture and agritech is the increasing difficulty of farmers to sustain themselves. Every day, newspapers reverberate with the gory news of the increase in the number of farmer suicides in the country, with debt cited as the prima facie reason.

By setting the MSP limit, the government is taking a major step in that direction to ease the financial woes of farmers. The measure will improve the farmers’ lives and also boost demand of agro tools and implements. However, will the increase in MSP reduce incentive to decrease input prices?

Will it have an inflationary aspect on the prices of food items? This is something that will be visible in the due course of time. For the moment, a higher MSP for farmers will translate into him having more money at his disposal to spend hopefully more on agritech technologies.

Sreeram Chellappa, Chief Operating Officer at Farmlink feels that increase in Minimum Support Price to 1.5 times that of the production cost means 50% margin to farmers ROI.

“While this will increase inflation, I consider MSP as an inefficient system to support farmers. Hence, increasing productivity to increase the farmers’ income is the sustainable solution. Increasing Agri Marketing Infra with $314 Mn (INR 2000 Cr) is a positive move where integrating more markets into E- NAM network will provide farmers with more price transparency.”

Similarly, he stated that Proposal of ‘Operation Green’ to increase productivity and reduce seasonality fluctuations of major crops like potato, onion and tomato is good move. But he felt that $78.5 Mn (INR 500 Cr) is too small an amount if the program is to be spread pan India.

Menahwhile Hari Menon, Co-Founder and CEO, BigBasket deemed the budget promising for the welfare of farmers, a segment that bigbasket is closely associated with.

Hari told Inc42, ” The announcement of Operation Green to boost produce will be a major enabler for players like BigBasket as we focus on organic produce in a major way. Developing and upgrading rural haats into gramin agriculture markets is another positive step. BigBasket has always endeavored that its efforts and activities benefit the farmer and further, its consumers. And thus, the increase in the MSP of all crops to at least 1.5 times that of the production cost is in conjunction with these efforts.”

He added that BigBasket is directly engaged with about 1,800 farmers presently growing to 3000 this year and thus, the government’s focus on the farm sector and the fact that the centre wants to help farmers produce more is a plus for it.

Relief To Agriculture Welcome After Demonetistion And GST

Dr. Arun Singh, Lead Economist, Dun & Bradstreet- India concurred that increased allocations and measures announced towards agriculture sector, rural infrastructure was one of the most appropriate ways to provide some relief to these sectors which were highly impacted by two structural reforms i.e. demonetization and GST implementation.

“While the announcement to increase the minimum support price to 1.5 times of production costs is a good move towards increasing farm income, this will have some repercussion on the overall inflation rate going forward,” he added.

Similarly, the raising of farm credit limit will also help increase the farmers’ outlay for procuring the necessary tools and technologies for farming. Additionally, the government’s decision to work with NITI Aayog to develop the system of optimal farm price realisation and develop the existing 22,000 gramin agri centres GRAMS to help farmers for direct sales will further lead to farmers getting better output prices.

Ajay Kakra, Leader – Food and Agriculture, PwC India told Inc42, “The continued focus on agricultural sector reform is appreciated, especially the government’s effort to integrate rural haats to the eNam and increasing the purview of MSP for comprehensive coverage of agri commodities. The farmers can look forward to better price realisation now.”

Thus, agritech startups that are already working on enabling better farm produce prices for farmers will get greater scope of working with the government to achieve the common goal. More so, the GRAMS electronically linked to e-NAM and exempted from regulations of APMCs, will provide farmers facility to make direct sale to consumers and bulk purchasers, thus further digitising and simplifying the selling process for farmers.

Secondly, by doubling the allocation for food processing, the government will further give a thrust to the food processing supply chain and the agritech startups involved in it. 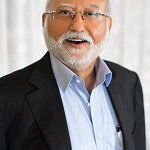 Man Mohan Malik, founder and CMD Himalaya Foods International told Inc42, “Budget has clearly recognised ‘Food Processing’ as the major tool for rural upliftment and to enhance farmers’ income. Besides double allocation, huge increase in ‘Rural Infra’ and overall support to the farm sector through new initiatives will further add to the growth of food processing industry. Thrust on agro and processed food exports will be further prove to be icing on the cake.”

He further added that easier availability of Mudra loans to young and new entrepreneurs will help to build food service chain linking farms to process industry to the consumer directly.

The same views were espoused by Anant Goel, CEO and co-founder, Milkbasket who stated that the budget’s focus on farmers’ welfare is appreciated and the end delivery segment will also benefit from this. 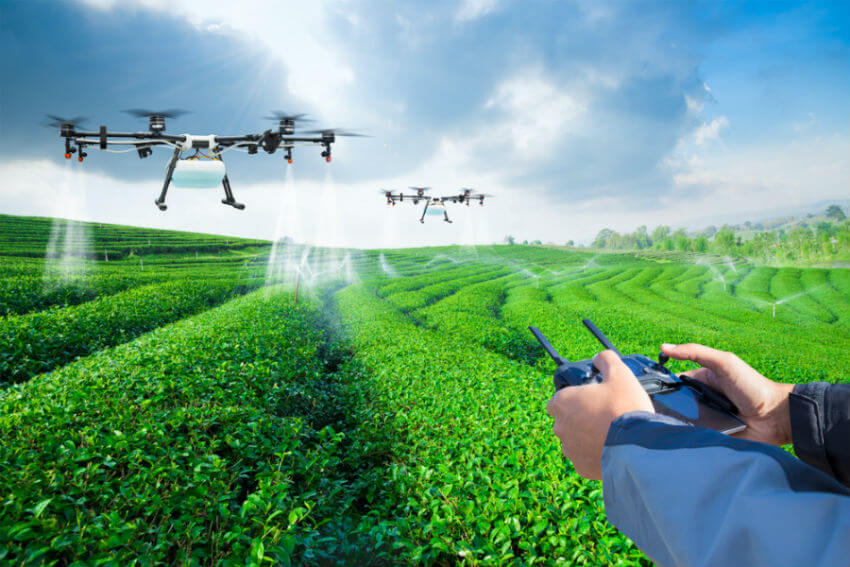 The union budget has also proposed liberalising the export of agri-commodities in order to achieve an agri-exports potential of $100 Bn against current exports of $30 Bn which in turn will further boost the food processing and cold storage supply chains and the startups involved in this.

It is in this regard that the FM also proposed to set up state-of-the-art testing facilities in all the forty two ‘Mega Food Parks’. As per Sunil Gupta, founder and Director, ExportersIndia.com, “The Union Budget 2018 is supportive of the rural economy, agriculture and infrastructure has definitely given enough reasons for the MSMEs to smile.”

Like every year, there are huge outlays on agriculture, irrigation, and farmer credit in the Union Budget. The setting up of an agricultural market fund with a corpus of $314 Mn (INR 2,000 Cr) and launch of Operation Green for $78.5 Mn (INR 500 Cr) to help farmers generate produce and to address price fluctuations in potato, tomato and onion for benefit of farmers and consumers are the two new measure this year.

Will these outlays actually reach the farmers and improve their lot is a debate for another day. For now, the Union Budget has announced manifold measures to boost agriculture and help farmers realise better output prices, which in turn will hopefully have a direct effect on agritech, agro chemicals and related input technologies though there could be an inflationary effect on food prices. However, the magnitude of benefits will become evident with time only.