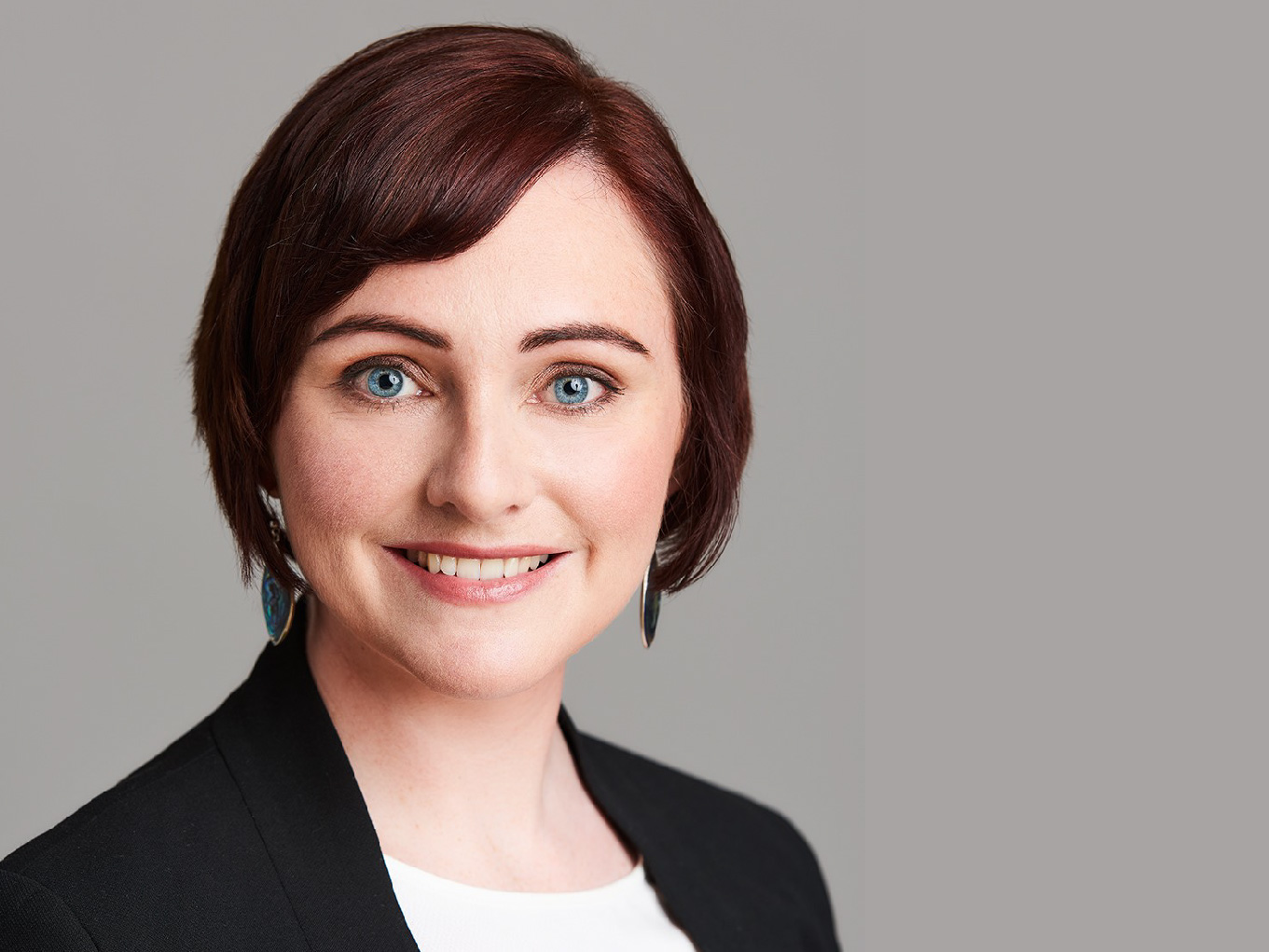 UK government will commit up to $48.4 Mn to the Indian startup ecosystem under the UK-India Fast Track Fund

India and the UK have been working hard to breathe new life into an old friendship and trade relationship with an eye on the future. In April, the duo signed the UK-India Tech Partnership to invoke synergies in the technology space with the aim of improving the lives of their citizens and boosting their economies.

Now, they’re set to crystallise this partnership further with the UK-India FutureTech Festival, set to take place on December 11-12 in New Delhi. The UK-India Fast Track Startup Fund is set to be announced during the fest. The key areas of investment for the fund will be technology-led startups in areas such as fintech, edtech, agritech, healthtech, technology-driven manufacturing, etc.

“This new tech partnership is ground-breaking, ambitious work — we don’t think such a large, broad, coordinated tech partnership exists between nations anywhere else in the world — and will pave the way for a raft of new deals, bringing jobs and investment to both our countries,” the former UK Secretary of State for digital, culture, media, and sport, Matthew Hancock had said while visiting in India in May this year to launch alliances under the partnership.

New deals, job creation, and boosting of investments are the macro goals of the UK-India Tech Partnership. At a micro level, the two countries have been aligning under several bilateral agreements to bring together the best minds in technology with a view to deliver better governance, improved healthcare and cybersecurity, among others, to their citizens.

And progress is plain for all to see.

In order to understand more about the ongoing cooperation between the two countries, the solutions being worked on to raise the standard of technologies on the global scale, and the upcoming UK-India FutureTech Festival, Inc42 connected with Rhiannon Harries, Director, Trade and Innovation – South Asia, UK.

Here are some of the insights we gained from the email-based interview:

Six Months Of The UK-India Tech Partnership: Where Do We Stand?

“In the words of PM Modi, the India-UK partnership is an unbeatable combination,” said Harries.

According to her, technology is at the forefront of the modern, forward-looking, and dynamic relationship between both the countries. A number of efforts have been taken so far to continue making efforts towards the same.

Further, the continuous visits of UK and India leaders to each other have further enhanced this bond. Here is a brief timeline on the visits organised between the period May-December 2018:

The two countries are now drawing together the conclusions arising from these initiatives and these will inform their growing partnership in AI technologies — including in the cluster partnership between Karnataka and the UK’s Northern Powerhouse, a strand of the India UK Tech Partnership.

Sectors Where The UK Is Converging Technologies With India

The first and foremost area of collaboration between the two countries so far has been healthcare. Harries believes that a major challenge for all countries trying to provide universal health coverage is the acute shortage of doctors, nurses and other health professional globally, which is why AI is going to be ever so important over the next decade.

The UK Department of international trade and the Indian government think tank NITI Aayog have come together to launch a $1.27 Mn (£1 Mn) programme, bringing AI healthcare technologies from the UK to India.

She further believes that the Tech Partnership has been designed to focus on shared challenges and to enable the UK and India to act as a joint “force for good” in the world. “From a UK perspective, these are also informed by the Grand Challenges set out in our Industrial Strategy. These map across well to the challenges that face India and there’s great opportunity to collaborate on shared solutions,” she added.

Indian FDI in London And Brexit: Chances Of Impact On India-UK Partnership

According to a London and Partners report, Indian FDI in London grew 23% between 2006 and 2016 and created 4,598 jobs, among which 10% of all jobs created were in London. The UK government’s nodal agency in Manchester — MIDAS — claims similar developments in the Manchester cluster. However, there has been a relatively lesser focus on the UK’s Access India programmes to launch British startups/companies in India.

Harries, while declining to comment on the programme, said things are moving in the right direction. While pointing out that British exports to India have grown by 32% over the past year, she said: “I cannot comment on the Access India programmes’ (AIP) acceleration, but I know AIP has recently launched in automotive and advanced engineering sectors. On FDI, yes, this is really good news; 33K out of the 110K Indian-parent company jobs in the UK are in tech and telecoms. We are keen that grows through the Tech Partnership.”

So, will UK-based Indian companies catering to the EU market have to face double taxation in view of Brexit? Harries clarifies, “The Withdrawal Agreement (Brexit) includes a time-limited implementation period that gives business time to prepare for the new arrangements (including our future economic and political relationship with the EU). During this period trade will continue on current terms.”

The UK-India FutureTech Festival (FTF) is being organised by the UK High Commission in collaboration with tech innovators, companies, and other organisations from both India and the UK. At the event, can expect thought leadership discussions and innovative examples of collaboration at the national and regional level in AI/ data, an India-UK tech hub, and more, said Harries.

Through the fund, the UK government, through the Department for International Development (DFID) India, will commit up to $48.4 Mn (£38 Mn) (first phase of $35.65 Mn-$25.5 Mn in capital investment and $10 Mn in technical assistance) to the Indian startup ecosystem. The Indian government, through the Department of Industrial Policy & Promotion (DIPP), will make a matching commitment of $25.5 Mn (£20 Mn) from the Fund of Funds for Startups (FFS) managed by the Small Industries Development Bank of India (SIDBI).

“We follow an open and transparent process of selecting our investment partners and more details on the process will be shared by the team through an early market engagement exercise,” said Harries.

Further, the TECH Rocketship Awards is now entering its fifth edition. The global winners of Fintech Rocketship Awards will also be at FTF. Ten UK-based fintech startups will be here in India to discuss how they can contribute to growing the ecosystem here.

UK-India Tech Partnership: The Road Ahead

The success of the Tech Partnership so far has been built on strong existing cooperation. While 31% of Indian investments in the UK have been in technology, creating 33K out of 110K jobs, the UK exported $438 Mn (£344 Mn) worth digital services to India in 2016. “But there is still immense space to grow,” added Harries.

Data localisation is another important issue to focus on. For Harries, the question of how you balance access to data and privacy is a great example of exactly the kind of joint challenge that the FTF is designed to address. “The free flow of data across borders is certainly integral to economic activity and international trade across all sectors of the economy,” said Harries.

It is worth noting that the Srikrishna Committee-submitted draft Personal Data Protection Bill has mentioned data localisation as an essential measure for data processing/collecting in India. The Indian monetary authority Reserve Bank of India (RBI) has already made data localisation essential for its regulated entities.

Further, the UK information commissioner, Elizabeth Denham, will be in New Delhi soon to discuss issues around data localisation and data privacy.

Coming back to UK-India synergies, Harries believes that the real opportunities to work lies in even closer partnerships and stimulating economic growth through the convergence of technologies. “For me, that means focusing on where our respective needs and expertise match,” she added.

It seems like this is exactly the direction in which the UK-India Tech Partnership is heading. On one hand, the UK has made an offer for VR/AR solutions to meet India’s fast-growing domestic demand, spurred by the cheap availability of mobile data in the country. On the other, in the all-important electric vehicles segment, India is also looking to the Midlands Engine for its expertise in order to meet its target for 30% electric vehicles by 2030.

Among India’s collaborations with many other countries to fuel its startup ecosystem, the India-UK partnership stands out. Although historical and conventional in nature, it is fast modernising to adapt to the needs of the times and has the potential of bringing long-term benefits to both the countries. As for Indian entrepreneurs, London dreams remain a priority — Brexit or no Brexit.

[With inputs from Pooja Sareen]