Technology Is Fast-Changing, And Startups To Spearhead This Change: Karnataka IT Minister KJ George

Technology Is Fast-Changing, And Startups To Spearhead This Change: Karnataka IT Minister KJ George 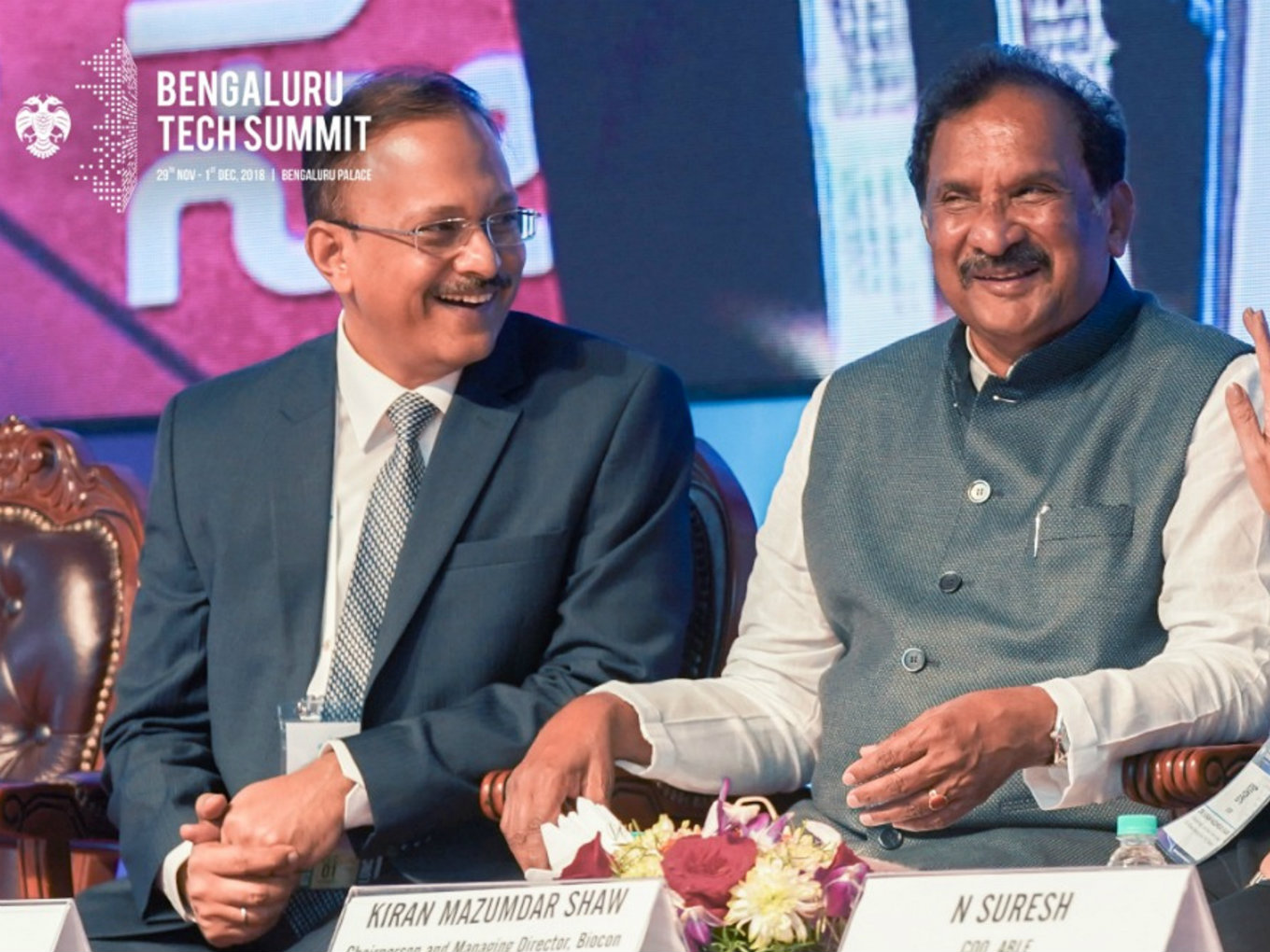 The Department of Industrial Policy & Promotion (DIPP), Government of India, is set to release the much awaited State Startup Ranking on December 20. While Gujarat and Rajasthan are said to be in the running for the top spot, India’s largest startup hub, Karnataka, is working hard to strengthen its position, stepping up its startup initiatives with a view to encourage innovation.

Chief minister H D Kumaraswamy on December 10 announced the setting up of the Karnataka Innovation Authority (KIA), which will help startups to overcome legal hurdles they face while developing their technologies and ideas. The chief minister personally head the innovation authority.

On the sidelines of Bengaluru Tech Summit held from November 29 to December 1, the state IT/BT and Science and Technology minister, KJ George, talked to Inc42 about Karnataka’s startup policies and campaign activities.

The state has already taken a number of infrastructural measures such as setting up innovation, coworking, and incubation centres across the state. However, the focus and aperture of the Karnataka startup ecosystem has been locked on boosting innovation in the state.

The minister said that the idea is to attract global players as well as locals who want to make an impact with their innovative solutions. In line with this thinking, the theme of the 21st edition of the Bengaluru Tech Summit was kept as ‘Innovation and Impact’.

Unlike Delhi, NCR, and Maharashtra where the growth is fueled by multi-city infrastructure, Karnataka is hugely dependent upon Bengaluru. The other cities like Mysuru, Dharwad and Hubbali have lagged behind in terms of investments and entrepreneurship.

To fuel the startup ecosystem in other parts of the state, the department of IT, BT, and S&T, Karnataka (ITBT-GoK), in association with the DIPP is also organising a Startup Karnataka Yatra, as part of the larger Startup India Yatra programme.

The Startup Karnataka Yatra involves a two-day acceleration program at a suitable incubator for ideas/startups shortlisted from bootcamps.

Gaurav Gupta, principal secretary, Department of Commerce, IT/BT and S&T, who was also sitting with the minister during the interaction, said: “Many of Karnataka’s agritech and social tech startups are now coming from the rural areas of the state. In the last couple of years, the state has established innovation centres at Hubbali, Mysuru, and Dharwad.”

Unlike other states’ investment summits, Karnataka, with a focus on technology instead of direct investments, has been organising Bengaluru Tech Summit for the last 21 years. George feels,  as was the case with Bengaluru, technology and innovation will be the key driver of growth in other parts of the state as well.

The minister said, “Technology and so are our lives are fast changing (sic). This has also changed the mode of investments. We also have to change. Karnataka has a pool of talented tech-savvy people which is the key reason behind these transformations and mushrooming startups.”

“This is why we are giving more importance to startups here. Investments will automatically follow,” the minister said.

However, the success story of Bengaluru, the trade centre and capital of Karnataka, has run into several issues in the last few years. The city’s population has ballooned from around 4 Mn in 2010 to above 10 Mn last year. Due to this, management of solid waste, wastewater and traffic congestion have become biting problems for the city’s municipal agencies. The faltering facilities have had some adverse effect on trade as well.

To address these issues, besides collaborating with numerous countries, the state has also been organising ‘Grand Challenges’ with a focus on providing solutions to the local issues. While some promising solutions have emerged from these competitions the on-ground implementation and effect of these initiatives remains to be seen.