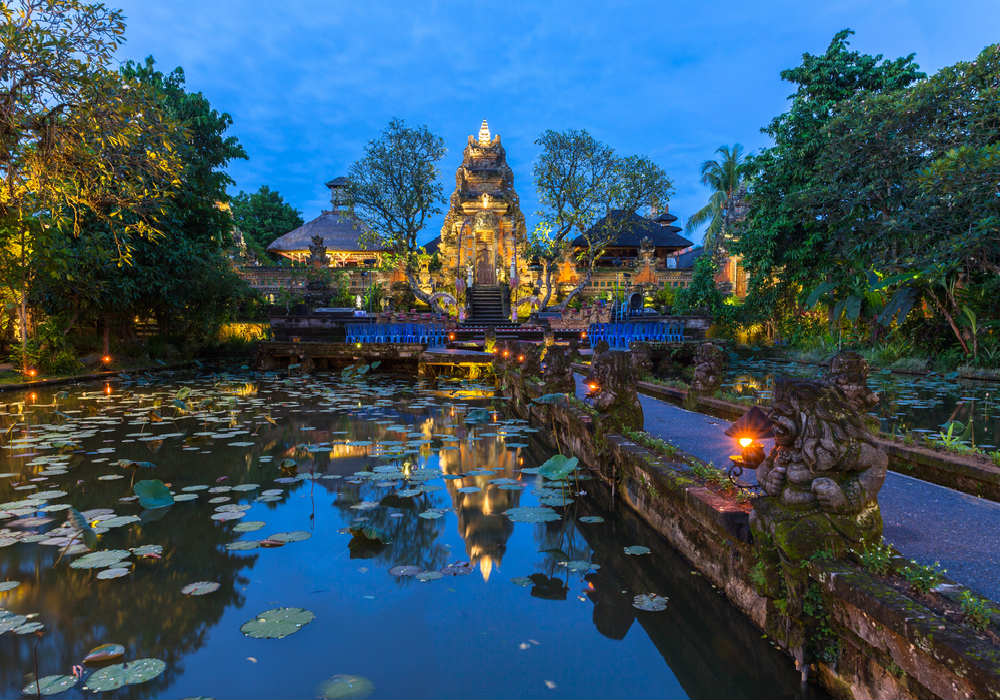 Indonesia has seen a growing penetration of the digital economy and a long-awaited boost to the entrepreneurial ecosystem with Startup Weekend, Bali being one such boost. The archipelago has emerged as a Southeast Asian powerhouse, undergoing a transformation to take a claim as an independent and radically competitive market to its western counterparts.

With rapid growth, large ticket fundings such as Go-Jek’s $1.2 Bn round in May 2017 and Tokopedia’s $147 Mn round in April 2016, the entry of tech stalwarts like Jack Ma with Lazada’s acquisition, and a tremendous increase in the number of startups and SMEs, the country is gearing itself to ramp up when it comes to startups and entrepreneurship.

As one of the most populous nations in the world, and a median age of 29 years old, Indonesia has a tremendous opportunity for the development of profitable startups and businesses. The potential is huge, which can be asserted from the unprecedented growth of companies like Orami, Tokopedia and Go-Jek.

Indonesia’s tech sector has seen phenomenal growth with the country’s evolving digital consumption. In addition to a budding economy, a variety of factors such as growing Internet penetration, rapid mobile device adoption, increased social media usage, and greater spending power of the middle class has made Indonesia’s startup and tech sector an economic powerhouse in Southeast Asia.

Taking advantage of this, small entrepreneurs, as well as tech-savvy startups and other enterprises and individuals (VC/PE firms and individual investors), all are coming together to taste their share of business opportunities that Indonesia has to offer. All of this has led to the beginning of that robust culture taking hold of emerging nations across the world – startups.

Indonesia has various innovative and disruptive models of startups ranging across sectors – primarily ecommerce, logistics, fintech, and travel. The major factors that have propagated this exponential growth are tech penetration, digitisation, the governmental policies, and the wave of starting up that has traversed the entire Southeast Asian region.

VC investment, angel funding, and family offices of the wealthy companies/families in the country are currently the major source when it comes to funding. The country has an increasing number of seed investors, and steady Series A investors, joining forces to finance the Series B round. Otherwise, the Series B round of a startup is usually backed by a international player or PE firm.

Indonesia has almost 20 notable VC firms in the country, some of these are Convergence Ventures, Venturra Capital, Kejora Ventures, and Alpha JWC Ventures. Silicon Valley-based VC fund, 500 Startups has also made a significant number of investments in the company.

Angel investment in the country is a different ball game, as most of the investors are participating at the Seed funding level. Angel Investor Network Indonesia (ANGIN) was formed in 2012 to provide early stage funding to female-led social enterprises. ANGIN was initially supported by the Global Entrepreneurship Program Indonesia (GEPI) which received funding from the US Department of State.

Perhaps one of the greatest advantages for local startups is just that – they are local. Many foreign investors approach the country as a nation of 240 Mn people. But, in reality, it’s a country with 240 Mn potential users with different needs and desires. The country has varying spending patterns. For example, there are huge gaps between those who have money to spend online and those who do not; there are cultural disparities between places like Jakarta and Bali; and of course, there are religious differences across the region. Local companies, thus, have a better understanding of these nuances and are better equipped to address these different demographics and meet the needs of each sub-group. This is what gives them their niche and this has consequently become their go-to market strategy.

The country also has a wide network of incubators and accelerators to support startups by providing engagement with mentors and industry leaders, physical space and in some cases, even funding. The major incubators are Batavia Incubator, Indigo Incubator, Techbator, and Skystar Ventures among others. On the accelerator end, the major facilitators are Ideabox, Jakarta Founders Institute, and Google Launchpad Accelerator.

The country’s President, Joko Widodo in June 2016 also launched an initiative called ‘1000 Startups Movement.’ The initiative aims to foster 1,000 startups by the end of 2020, the total valuation for which is expected to be around $10 Bn.

Challenges In The Ecosystem

The major challenge for startups in Indonesia is perhaps its geographical diversity, along with varied cultural presence. Additionally, permits, and the lack of a very coherent infrastructure is also problematic. Indonesia has 17,000 islands – that makes logistics one of the biggest problems. Although evolving, payments are also a challenging space in the country. The reach of banks and digitisation is still not very high, which leads to a situation where different people prefer different types of payment methods – depending on user preferences and reach of technology. But the Indonesian entrepreneurial ecosystem also requires the government to approach the problem of inadequate infrastructure in a very nuanced way, as to promote entrepreneurship, investment, and technical support.

All this and more proves that the startup ecosystem of the country is ripe enough to develop newer and better technologies that can take the country’s developmental scale to another level. One such initiative in this direction is Startup Weekend. The Startup Weekend is coming back to Bali, this year, from June 9-June 11, 2017. Organised by Hubud – coworking and community space, the event will take place in Canggu, Bali.

It will launch startups that support sustainable and purposeful tourism. It will provide hands-on experiences where entrepreneurs and aspiring entrepreneurs can check the viability of their entrepreneurial ideas.

Friday, June 9 will see open mic pitches being hosted for attendees to put forward their ideas at Startup Weekend. Over the next two days, lessons on customer development, validating their ideas, practicing LEAN Startup Methodologies and building a minimal viable product will be shared.

Counting famous beach cities including Bali, the country is already a popular travel destination, and its domestic travel market is increasingly fuelled by a flourishing digital economy. Additionally, improving infrastructure, and rising disposable income and increased capacity to shop among its urban and working-class population are also the factors that have led to the boost in its travel market. Hence, travel startups act on an attractive market for disruptive entrepreneurs to tap into.

The Startup Weekend will also provide 12 coaches to the attendees to guide them through the 3-day intensive programme. A panel of five judges will judge the startups and the viability of their products – including, Rui Wang, Pre-Sales and Consulting Manager at Amadeus Asia; Augustine Merriska, Community and Impact Director at Plus; and Ria Templer, founder of Utama Spice.

The participating teams at Startup Weekend will get an opportunity to demo their products in front of experts and receive immediate feedback. It will be a holistic experience of 54 hours, that will host startup enthusiasts including developers, designers, business specialists and others, working in the field of creating sustainable tourism.