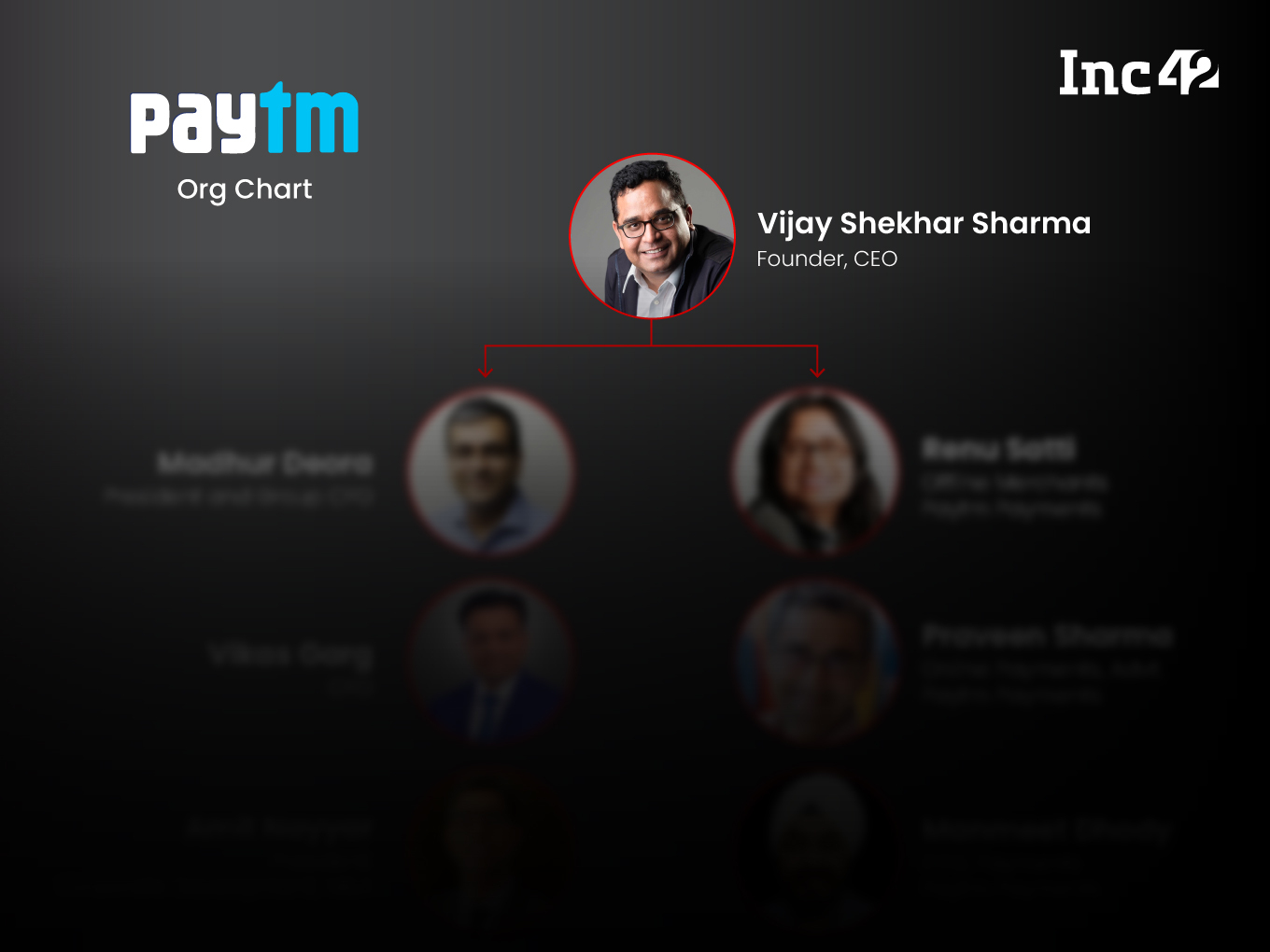 Thanks to this leadership, Paytm’s diversified revenue and business model is being seen as a big advantage against the competition ahead of its IPO

After weeks of speculation, Paytm’s parent company One97 Communications has filed its draft red herring prospectus (DRHP) for an initial public offering (IPO) to raise INR 16,600 Cr. The offer consists of a fresh issue of INR 8,300 Cr and an Offer For Sale (OFS) worth INR 8,300 Cr. Paytm has 60.59 Cr equity shares outstanding at present and a total of 104 Cr authorised share capital.

The joint global co-ordinators and book running lead managers for the IPO include Morgan Stanley, Goldman Sachs, Axis Capital, ICICI Securities, JP Morgan, Citigroup Global and HDFC Bank. According to the DRHP, founder Vijay Shekhar Sharma owns 14.6% of the company’s pre-offer equity shares and will continue to be the Chairman, Managing Director and Chief Executive Officer of the company.

One of the key strengths for the company is said to be its diversified business model as well as a clutch of experienced leaders from various financial services verticals, besides founder Vijay Shekhar Sharma. The much-anticipated public market debut will include a mix of new and existing shares to meet regulatory obligations in India, and offer partial exit to some existing backers.

This diverse business model also called for a varied mix of domain experts and key vertical leaders to give Paytm an entrepreneurial edge across its various revenue streams. Since, the next milestone for Paytm would be to create value through building multiple businesses around the core Paytm brand, its recent hires and internal promotions since 2018 have come with strong domain experience in financial services and building scaled-up business verticals. The founder of Paytm is one of the most followed tech entrepreneurs in India and has led Paytm through various phases of growth. Hailing from the small town of Aligarh, he graduated from the Delhi College of Engineering at the age of 19. His penchant for computers meant he had built his first company ‘XS Communications’, to create content management systems right in college.

Founded in 2000, One97 Communications started out as a prepaid and mobile recharge platform before Paytm was launched in 2010. Paytm is today one of the biggest digital payments companies in India with its offering spread across digital payments like UPI, credit and debit cards, wealth management through Paytm Money, banking services through Paytm Payments Bank and more.

According to an MCA filing accessed by Inc42, Sharma’s compensation for FY21 and FY22 was INR 4 Cr including payments for lease, rent and accommodation. In FY2020, he took home INR 3 Cr along with allowances and other bonuses.

In August 2019, Paytm elevated CFO and senior VP Madhur Deora to the position of president in a newly created role. He had joined the company in 2016 and led the dealmaking operations at Paytm before being named as the president.

Deora, a former investment banker, is responsible for all of Paytm’s consumer services business.  He had led Paytm through multiple funding rounds and acquisitions. Verticals like games, movies, travel, deals and content will be headed by Deora, Paytm had said at the time of his appointment.

Before joining Paytm in October 2016, he served as Managing Director in Citigroup’s investment banking business.

Brought onboard in September 2019, Praveen Sharma joined Paytm from Google to lead the online merchant payments, advertising, and digital goods business. Sharma brings over two decades of experience in the media and marketing business with Google, Madison Media, GroupM and other companies.

At Google, Sharma was based in Singapore and responsible for driving the tech giant’s performance media across the Asia Pacific region

With lending and credit becoming a core revenue stream for Paytm, it decided to name Bhavesh Gupta from Clix Capital to lead its credit business in August last year. Bhavesh comes with nearly 20 years of experience in lending having worked with Clix Capital, IDFC First, and ICICI Bank.

In his last role, he served as the founding member & CEO of Clix Capital, earlier known as GE Capital India, where he built a well-diversified NBFC in digital consumer and MSME lending along with urban affordable housing loans segment.