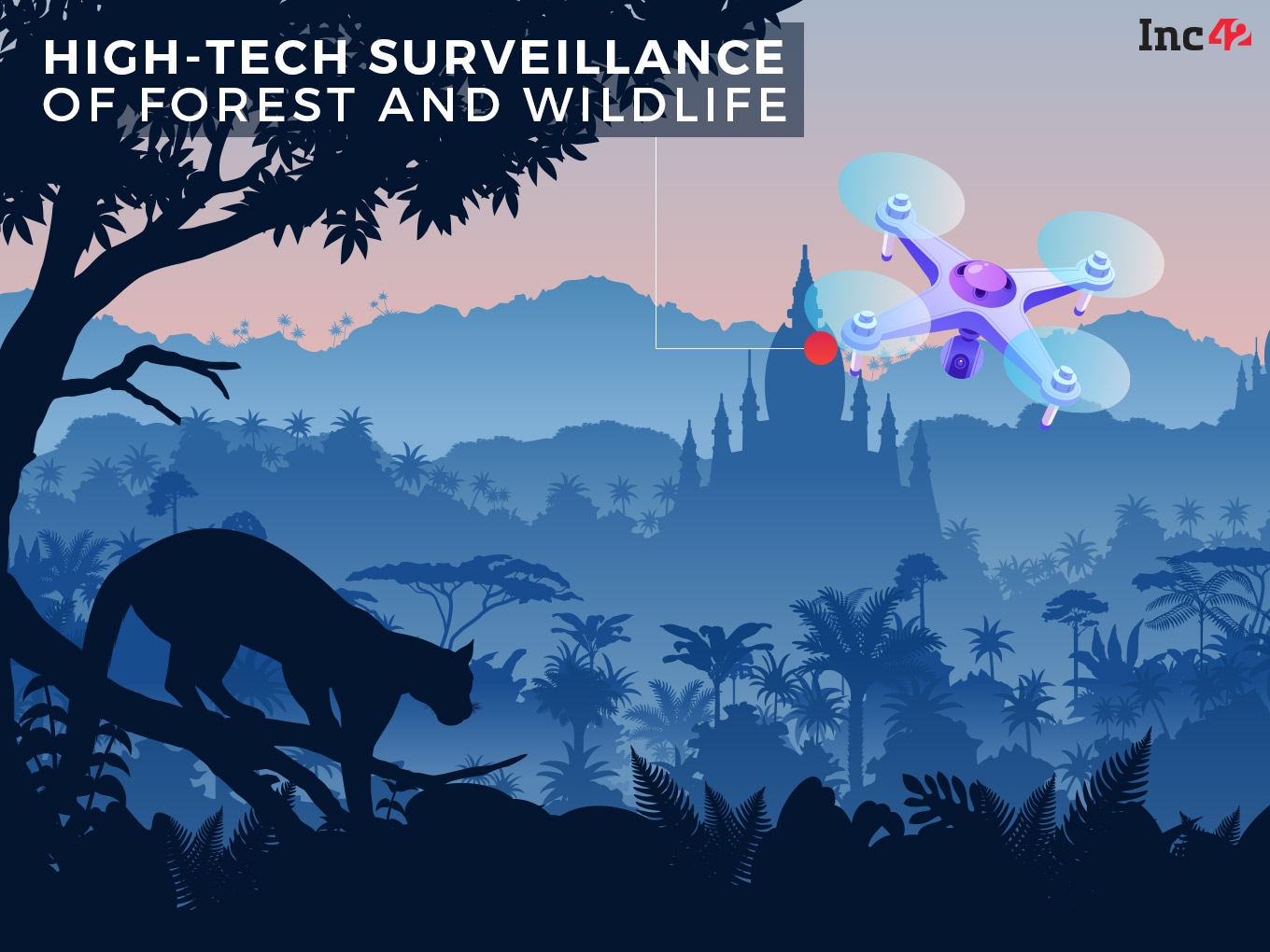 Sariska, Ranthambore, Jawai Bandh, Mukandara, Jalana to be covered as part of the project

All-inclusive growth is the way to holistic, sustainable progress, especially when it comes to digital transformation. We’ve talked about the technological strides that Rajasthan is making, thanks to the technological push by the Hon’ble Chief Minister (CM) Vasundhara Raje and her government. The state government is leaving no stone unturned to make Rajasthan digital in every sense of the term. Now, in an attempt to protect its wildlife and forests, which account for over 9% of the state’s geographical area and include biodiversity-rich national parks like Ranthambore and Sariska.

The state government is installing an advanced surveillance mechanism which includes drones and thermal cameras to curb the menace of poaching and other anti-wildlife activities.

This surveillance system, an initiative of the Planning and Information Technology & communication departments of the government, (DoIT&C) in association with the state’s forest department, will also extend to Kota, Pali, and other areas of the state that are rich in natural forests.

Taking care of Man-Animal conflict in Wildlife, which has always been a challenge, has not just been successfully resolved in Rajasthan, but also has become an example for others to follow. Advanced Niche Technologies are used to its best – ensuring the best surveillance system for all Wildlife Sanctuaries and Parks of Rajasthan — Akhil Arora, Principal Secretary, IT&C, Rajasthan

Technology At Play In Rajasthan’s Jungles

India has been unable to insulate her vast forest areas and wildlife from the menace of poaching, infiltration, illegal mining, etc. Wildlife reserves and national parks across the country, including Rajasthan, have been battling with these problems. As in all other sectors, technology can go a long way in curbing such activities and protecting our natural resources.

With this in mind, the Rajasthan government has deployed a high-tech surveillance system at a cost of INR 50 Cr that enables 24-hour live monitoring of forests and protected areas through control rooms at each location, which are then centrally connected to the main control room.

As part of the deployment, thermal-sensing cameras, image capturing, and video cameras will all used through a wireless connection to conduct effective surveillance of forest areas. The thermal cameras will help in monitoring night-time activities as poaching and other anti-wildlife activities are usually conducted after dark. The surveillance system will especially concentrate on vulnerable species such as the big cats (lions, tigers, and cheetahs) in poaching-prone and other sensitive areas.

Drones will also be deployed to capture all illegal movements in these areas. The drones will also help in monitoring natural calamities occurring in the forest. Every key area will have a localised data centre, which will be centrally connected to the state headquarters. Some of the other features of the system are LED displays, graphical geo-map tagging, and radio sets for communication among forest officials.

The Rajasthan Government’s Commitment To WildLife and Forest Conservation

Rajasthan forests are home to a wide variety of wildlife, including Tigers, Leopards, Sloth Bear, and have attracted tourists from far and wide for a long time. But, the threat of poaching and other illegal activities loom large on its rich forests, wildlife, and biodiversity. Apart from putting in place a high-tech surveillance mechanism to curb poaching, Rajasthan has also been making efforts at afforestation. In fact, it is one of the few states in India where there has been a consistent increase in the area of green cover — a result of the efforts of the forest department — despite the extreme climate and the fact that the natural forest area in Rajasthan is one of the lowest in the country.

The state, which has large swathes of wasteland — comprising about 20% of all the wastelands in India — has a dual objective: preserving its flora and fauna through digitally sophisticated systems and increasing the existing forest area through consistent efforts.

The efforts of the government in this regard are noteworthy as owing to the curbing of poaching and other anti-wildlife activities, there has been a rise in the number of the otherwise declining tiger population in Rajasthan.