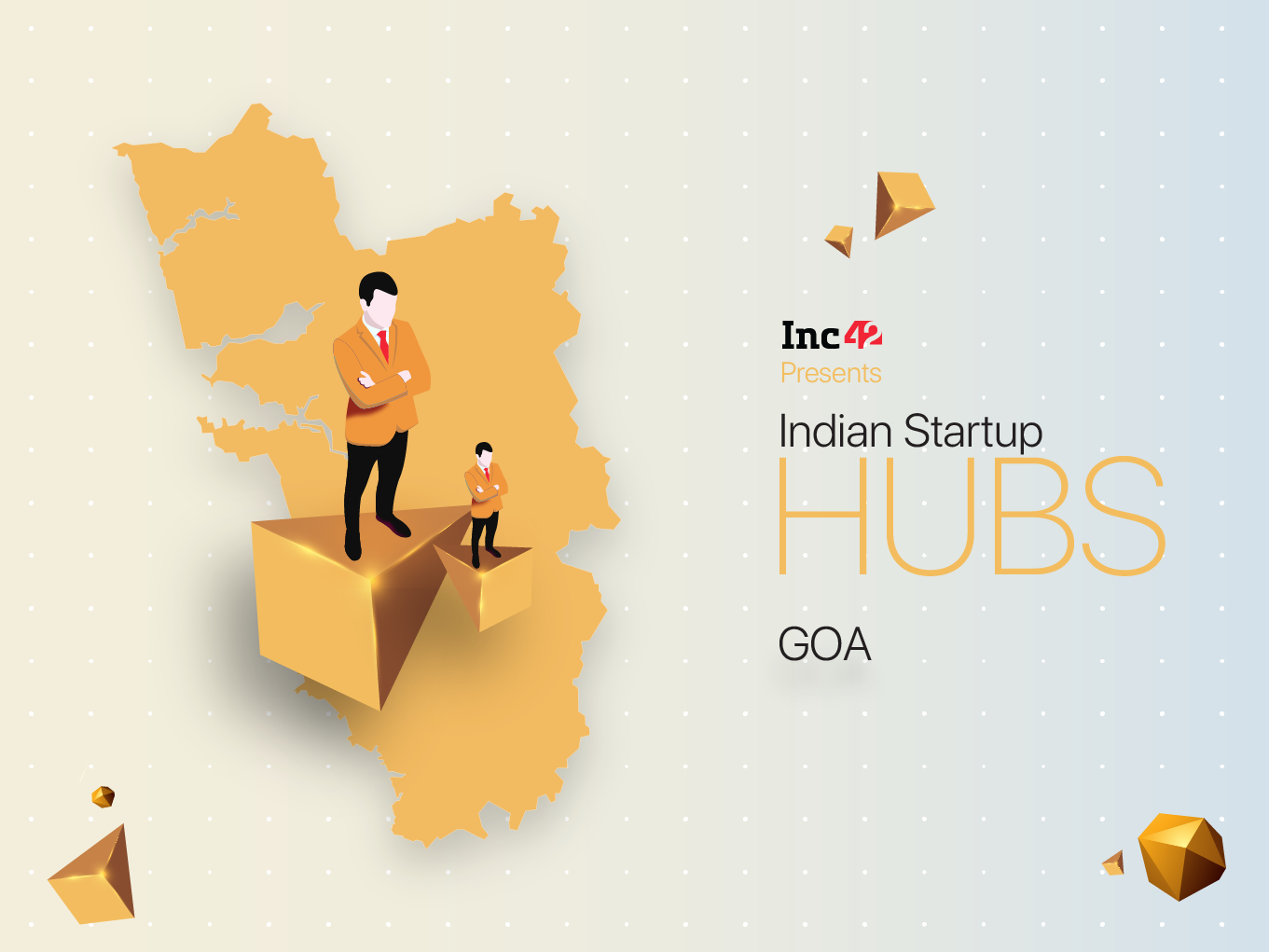 The state does not have any angel investor and venture capitalists

Some of the prominent enablers are Prototyze, CIBA and 91springboard

Amid a dearth of angel investors and venture capitalists, the Goa government and incubation spaces have been the sole drivers of the state’s startup ecosystem. While the Goa state government has initiated grants, the incubator spaces in the state have been the boost from the enabler ecosystem, with the likes of Prototyze, CIBA and 91springboard leading the way.

While the state’s one-time grant of INR 10 Lakh is a great incentive for early stage startups with minimum viable projects incubators and coworking spaces in the state have become indispensable for startups looking to achieve scale and growth. And these have also become the foremost option for new ventures to get initial capital.

Officially launched in April 2018, the Goa Startup Policy aimed to make the state an aspirational geographical and human resource base for startups. It looked to build on Goa’s reputation of being a travel and tourism hotspot and bring local innovation to the fore.

The policy proposed to create a minimum of 100 successful startups in Goa in the next five years, targeting generations of employment for at least 5K citizens of the state. In line with this objective, the government offers a range of benefits including:

However, Amey Karmali of Centre for Incubation and Business Acceleration (CIBA) said that even though the state government has started offering grants to emerging startups, it usually takes about five to six months to reach the startup’s account. This is a crucial time span for a new-age startup battling funding crunch.

So that’s where incubation spaces and coworking facilities are filling the gap in the Goan market.  With a number of incubators setting up shop in Goa, startups have an avenue to turn to when looking to broaden their network, go to market or simply find the right mentors, besides investments.

It is a technology business incubator supported by Department of Science and Technology under the Startup India Action Plan. CIBA provides services such as incubation, office space, mentoring, networking, and seed funding to its incubatees across Goa and Mumbai. It also provides coworking space to startups out of its portfolio. CIBA incubated companies include Tyre Express, iHaat.in, FreightBro, Occipital Tech, MyUdaan and more.

Atal Innovation Centre (AIC) is a startup incubator setup by the central government think-tank, Niti Aayog. AIC helps in nurturing of startups through mentorship support, networking, investment support and access to industries among other benefits. AIC in Goa has been setup at the Goa Institute of Management with incubatees such as Graphnile, Verda, Minkspay, PickMyCart, and Car Chalak among others.

Ignite Innovation Hub is an extended arm of government financial institution EDC Limited. The center is said to have a 5000 sq ft facility at EDC House in the capital Panaji, with facilities such as collaborative working and access to a network of industry experts and investors.

With a focus on building impact businesses across sectors, Panaji-based Prototyze claims to work on a differentiated venture studio model. Under this approach, it not only supports a startup through the seed and early stage, but the idea itself is created and built internally, unlike a traditional incubator. Prototyze’s venture studio builds separate teams for each business idea, allocates office space, infrastructure support, centralised business services (financial, legal, recruitment), expert assistance in key stages (strategy, planning, product development and more). All ventures born in Prototyze can access the network of clients, partners and investors created by other startups from the organisation. Startups built at Prototyze include HandyTrain, Decotarium, Mobiefit, TempoGo, and Loan Singh (Seynse) among others. While Mobiefit and TempoGo have currently scaled down in light of slow growth after moderate success in the beginning, HandyTrain has been its most successful product so far.

Founded in 2017, Goa Technology Association is the representative body of the technology companies in Goa. Its members include companies from various tech arenas such as Internet of Things (IoT), Electronics System Design and Manufacturing (ESDM), Business Processes Outsourcing (BPO) and others. The body claims to be focused on creating growth opportunities for its members by organising various events and initiatives. It also regularly coordinated with the government bodies to facilitate more opportunities for startups’ growth in the state.

Established by the Department of Science and Technology (DST) under the National Initiative for Developing and Harnessing Innovations. Housed at the Don Bosco College of Engineering, FiiRE is supported by Salesian Society which has an extensive reach of over 100 countries.

Some of its incubatees include drone startup Ulaavan, Fitness Konnect, Synchronicity platform, Amaze Warriors and more.