Can Ireland Be A Gateway To EU Market For Indian Startups?

Can Ireland Be A Gateway To EU Market For Indian Startups? 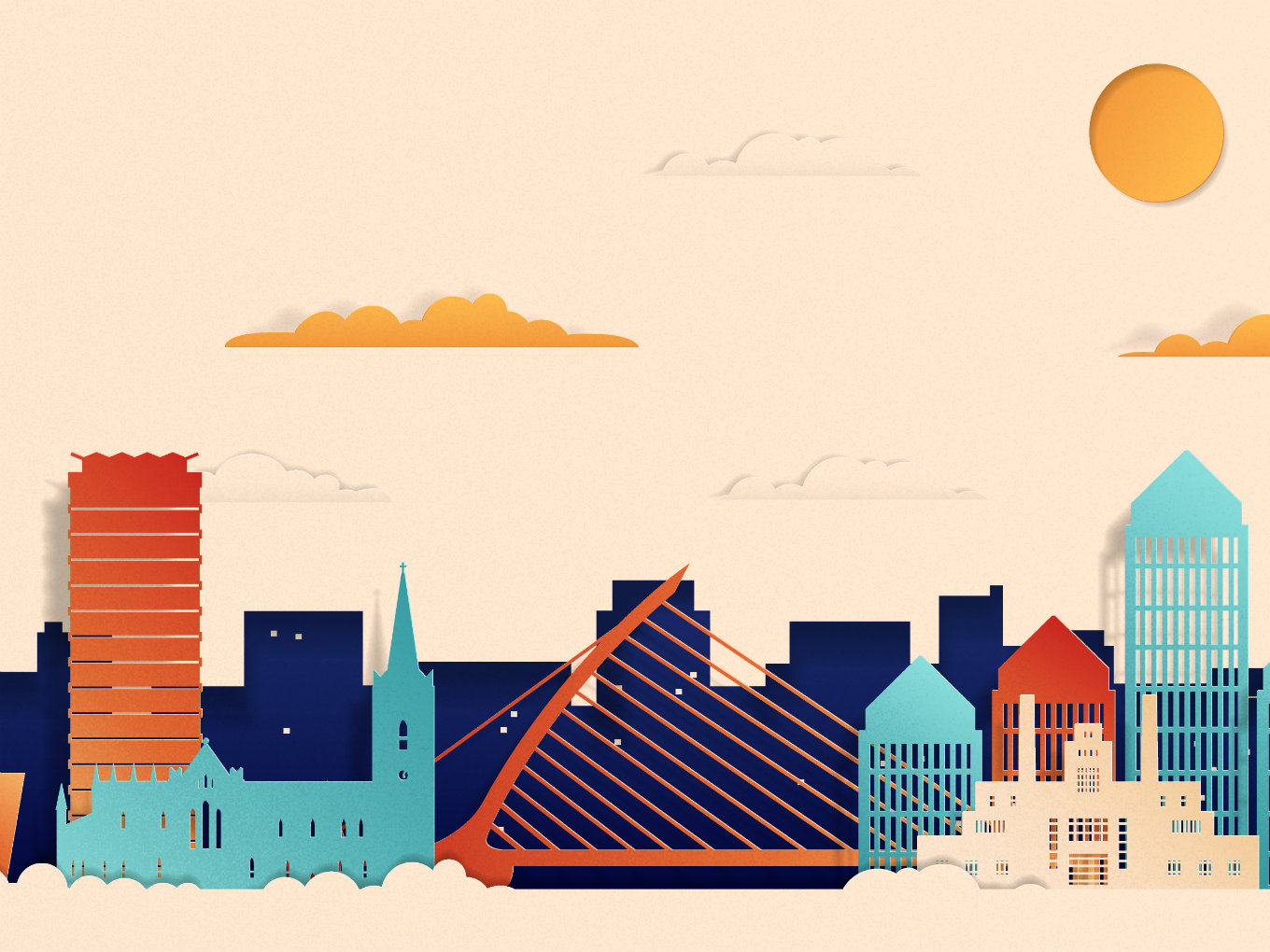 Startups can’t flourish without investments, without an ecosystem. India despite having produced close to 50K startups and being the third largest startup ecosystem in the world, has not been conducive enough for startups in terms of friendly policies, seed-stage capital, angel and late-stage investments and on many other parameters including essential infrastructure.

As per DataLabs by Inc42 estimates, the total deals in H1 2019 were 26.23% lower in comparison to H1-2017 (488 deals) and 16.47% lower in comparison to H1 2018 (431 deals). This could also be understood by the fact that India remains one of the top countries registering the highest outflow of HNIs (high net-worth individuals). In 2018 alone, over 5K HNIs which constitutes 2% if total HNIs in India left the country making it the third-highest outflow of HNIs in the world, according to Global Wealth Migration Review (GWMR) 2019.

As a result, Indian tech startups have also started expanding and some even shifting their base to other markets of the world. Besides established startup hubs  Hong Kong, Manchester, Taiwan, San Francisco, Malta, Japan, Netherlands and others, Ireland, particularly its mid-east region has fast emerged as a counter but equally conducive ecosystem to London and Amsterdam, for startups and investors who are focusing on the European market. The proximity with the US compared to other EU countries also makes Ireland a hotbed for companies looking to cater to EU and US markets.

With the UK set for a hard Brexit, Ireland has fast become one of the top 10 startup ecosystems in the world in many areas. According to Startup Genome Report 2019, Ireland’s mid-east region – comprising counties Kildare, Louth, Meath and Wicklow – has been listed among the world’s top 10 start-up ecosystems for supporting agritech and food innovation. Besides its R&D tax credits, attractive corporate tax rates and low talent costs among the reasons, the region along with Chicago also lead the world in female entrepreneurship with over 25% of female founders.

Is Ireland The Best Fit For Indian Startups?

In recent years, we have seen StartupLink between India and the Netherlands, Estonia’s eResidency Programme for Indian entrepreneurs as well as increased France and Germany partnerships with various stakeholders; so why should an entrepreneur who aims to cater to EU market consider Ireland instead of these options?

Buhariwalla counts a slew of reasons. Offering a single window to the entire EU market, Ireland’s economy is the fastest-growing in the EU for the fifth year in a row and it is also the only EU country which has English as an official language. In contrast to other EU countries, Indians will not face any difficulty in getting accustomed to the local parlance or understanding the legal contracts.

Besides, Ireland currently offers a corporate tax rate of 12.5% which is among the lowest practised by EU nations. The government also offers up to 25% tax credit as R&D grants. While the low corporate taxes attract businesses, tax credits for R&D grants help maintain the innovation chain within the state.

Like India which has a large millenial population, Ireland has currently the youngest population in Europe. The country is also home to one of the most educated workforces in the world — the share of 30-34-year-olds in Ireland with a third level qualification is 56.3%, compared to an EU average of 40.7%, according to IDA.

The country’s education system ranks in the top 10 globally thanks to its National Skills Strategy and Action Plan for Education, which aims to make the Irish education and training the best in Europe by 2026.

Unlike the Netherlands which set up ‘StartupLink’ with Indian nodal agency Invest India, or UK India partnership which TechXchange programme for startups, IDA Ireland has not signed an MoU with Indian or its state governments. The IDA has, however, constantly engaged with major Indian startup organisations, stated Buhariwalla.

“For instance, we work with TiE network and reach out to their member startups who are interested to expand their base. We also have had a partnership with IAMAI, the Internet and Mobile Association of India. We also participate in global events to attract innovative startups into Ireland. We have even organised fam trip for selected shortlisted Growth Mechanics Startup 50 winning startups.”

She added, “We also keep holding roundtables. These are knowledge disseminator roundtables where we do engage with the startup community and collect feedback from them. For instance, it’s through roundtables that we came to know that hiring and retaining talent in India has been a pain point for Indian startups.”

With an area of around 84K sqm, Ireland is a small country, smaller than Indian states like Bihar and West Bengal. However, with a free border with the UK and free trade in the EU, Ireland has a unique geographical advantage over others.

It is worth noting that Ireland and the UK share a huge border across Northern Ireland, and the UK government, despite Brexit, has time and again stated that they want to avoid a hard border in Ireland, which would complicate trade and exchange of goods.

In 2018, 223 startups from Ireland had closed total funding of nearly €930 Mn, according to TechIreland Funding Review. The country is divided into various clusters, each with its unique varied strengths in various sectors. Dublin, its capital city,  is home to over 2.5K startups and has been a hub for social media, IT and fintech companies, for example. Similarly, Limerick, Cork and Galway have become hubs for enterprise and traveltech, agrotech and healthtech respectively. This gives clarity to startups working in these sectors as to where to set up the base of operations.

Right from the registration which takes anywhere from 24 to 48 hours, providing free desk space, to introducing startups to big companies, and other ecosystem stakeholders, IDA helps ensure a soft launch in Ireland for Indian startups. IDA offers free desk space through its partners. For instance, Bank of Ireland provides free desk space to IDA-introduced startups for a limited period of time.

“Ireland is not a tax haven country but a low tax economy, hence startups landing in Ireland needs to aim for a substantial presence in Ireland.”

According to Buhariwalla, Ireland has over 250 accelerators and incubators which helps early-stage startups in multilateral ways. IDA also organises networking and convergence programmes which sees executives from big companies like Google come and speak with the founders. “Even right now some Indian IT tech giants have just entered into an agreement with many startups in Ireland. These IT companies will now help these startups in global outreach.”

Will Brexit Impact Startups In Ireland?

Despite the immense negative impact on the neighbouring UK, Brexit has immensely helped Ireland regain its position as an important economic hub in the EU. However, Brexit has not been a happy-happy deal for any country.

In the last few years, Brexit has witnessed several British prime ministers stepping down, yet there has been no soft Brexit approval from the British Parliament despite the deadline of October 30 looming large.

As a result, the Island shares a huge border with the UK in the form of Northern Ireland. Despite border issues between the two countries, there have been borderless transactions between the two for the past many years. As Brexit nears, there has been no attempt to seal the border yet. The issue remains unclear, though, which brings some instability to Northern Ireland.

Buhariwalla also gives an account of the deep cultural and literary exchange and ties between India and Ireland that go back centuries. The bust of Indian poet and Nobel laureate Rabindranath Tagore at Leeson Street, Dublin tells one part of that story.

In 1912, Tagore during his third trip to England had met Irish poet and fellow Nobel laureate William Butler Yeats, regarded as one of the tallest figures of Irish literature. It was Yeats who translated Tagore’s award-winning Gitanjali into English which later led to the Nobel Prize and global acclaim for the Indian author and poet, Buhariwalla said repeating the famous tale.

Like Tagore and Yeats in the past, can India and Ireland’s renewed partnership in entrepreneurship and startups bring innovation that grabs the world’s attention?