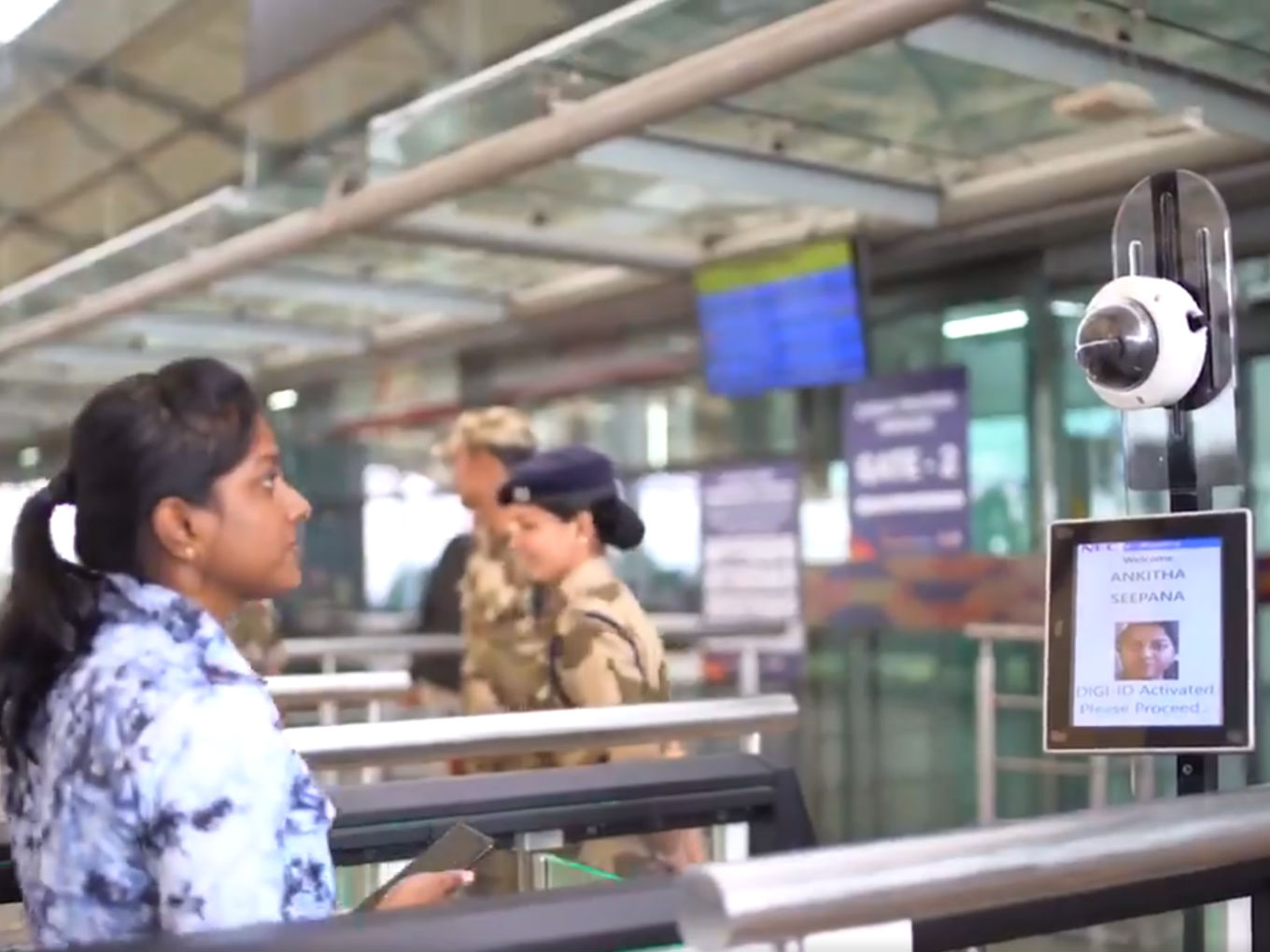 As facial recognition becomes commonplace in new age smartphones, India is testing its use in a completely different setting – airports.

The technology is now live at the Hyderabad airport, albeit in a testing stage.

Using facial recognition, the passengers are automatically being processed based on facial recognition system at checkpoints such as entry point check, entry in to Security Check, and at  the aircraft boarding point.

Additionally, this was also facilitate self-bag Drop and check-in, using facial recognition to identify passengers. The scheme was to be first introduced at Bengaluru and Hyderabad airports in February 2019. Following a successful installation at the two airports, a similar scheme was to be rolled out at airports in Kolkata, Pune, Varanasi and Vijaywada by April.

In line with the plan, Rajeev Gandhi International Airport in Hyderabad has been testing the facial recognition technology while running staff trials. The tests are expected to be completed soon and the facility will be available to the flyers.

Interestingly, India is one of the few countries experimenting with the facial recognition at airports currently.

Facial recognition is already in use in the UK with the self-service e-passport “fast lane” for passport checks. It is also already deployed at locations such as subway stations in some European countries, and its use for identification at a point of mandatory identification is not uncommon.

Also, facial recognition will be deployed at the top 20 US airports by 2021 for “100% of all international passengers”, including American citizens, according to an executive order issued by President Trump.

The move is part of plans to protect the nation “from terrorist activities by foreign nationals admitted to the United States”.

At the same time, China is testing facial recognition subway access in Shenzhen. The trial is limited to a single station thus far, and it’s not immediately clear how this will work for twins or lookalikes.

According to a report, the global facial recognition market is estimated to reach $9.78 Bn by 2023 at a CAGR of 16.81% during the forecast period.