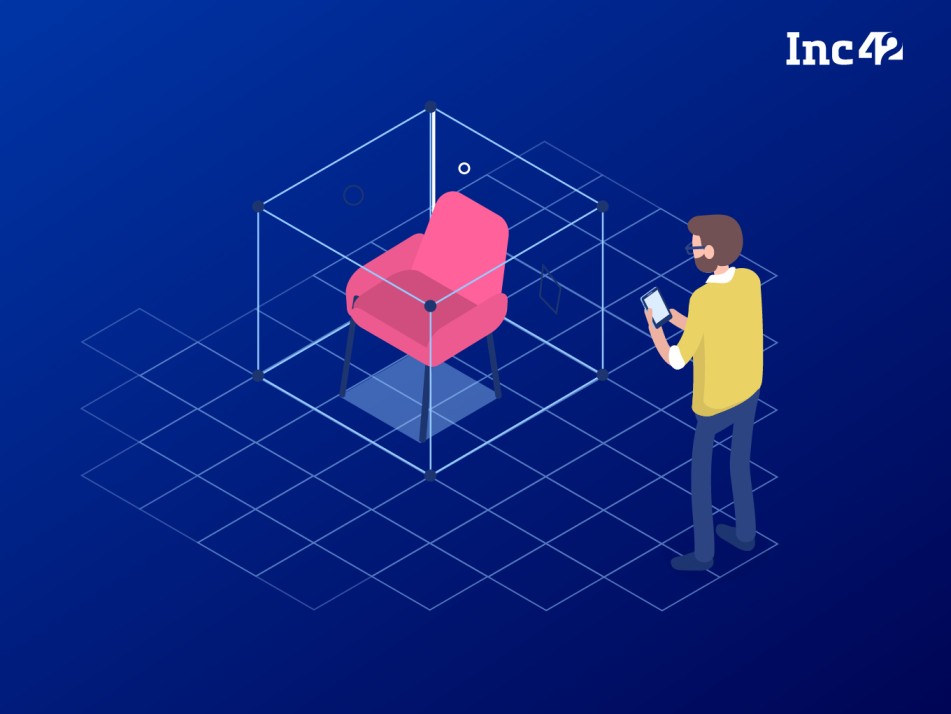 Just like shared mobility, furniture rental was unheard of in the Indian market until a few years ago

More Indians are moving to cities than ever before — in search of jobs, for education, and generally better opportunities in terms of businesses and startups. While India’s Tier 2 and Tier 3 growth story has been inspiring for a number of sectors, it’s the metros that are driving India’s digital economy through vertical ecommerce, private labels, new-age FMCG goods, and sharing models.

While carpooling and ride-hailing are considered the primary examples of shared economy in India, it extends to real estate (coliving), designer clothing, electronic appliances and of course, furniture. Moving beyond the concept of ownership, which has long held an allure in the Indian consumer psyche, India’s urban population is gravitating towards shared usage as easily as the shift from offline shopping to ecommerce.

“Indians are very attached to their belongings, especially furniture. It is common to see beds, cupboards or tables being inherited by one generation from another. When we started, the concept of using furniture on subscription was not known,” according to Ajith Mohan Karimpana, founder and CEO of Furlenco, one of a handful of furniture rental platforms in India.

“While the perception of owning being better than renting is still prevalent, we are witnessing a steady change in mindsets, which is reflected in our steadily rising subscriber base,” Furlenco’s Karimpana added.

This changing mindset is crucial to the furniture rental business in India as it is to other models in the sharing economy. The Furlenco founded believes that millennial Indian furniture-buyer is unlike the previous generations with the majority of them preferring experiential lifestyles. “Their salaries are adequate to spend on their lifestyle aspirations. Hence, this was the demographic that we targeted, knowing fully-well that with the right kind of products and value additions, we can convert them into a loyal customer base.” 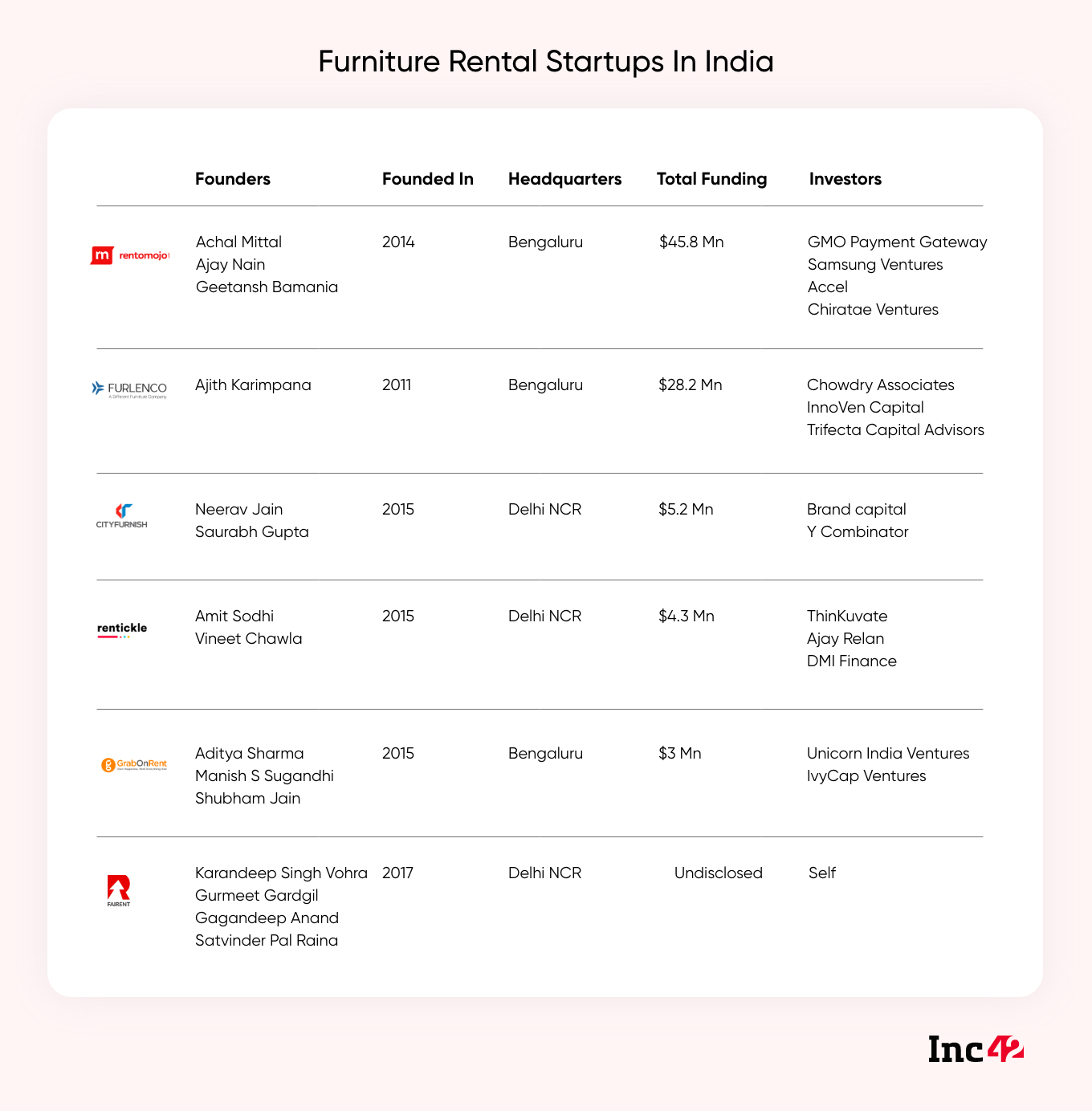 A number of startups have emerged from the growing acceptance for renting among India’s urban millennial population. A report by BCG estimated that $23 bn in venture capital funding has poured into the sharing economy globally since 2010. In India’s $18 Bn (INR 1,294,06 Cr) furniture market, 85-90% is owned by unorganised and offline players. Online furniture retailers like Urban Ladder, Furlenco, and Pepperfry cater to just 2% of the market. The likes of Rentomojo, GrabOnRent, City Furnish, Fairent, Rentickle are all slugging it out in the furniture rental market.

The growing number of deals in the furniture rental space hint that investors are confident that the urban wave will flow over into Tier 2 and Tier 3 cities. In September last year, finance minister Nirmala Sitharaman said the automobile industry slowdown is a result of the mindsets of millennials, who prefer to ride Ola and Uber rather than buying cars. While this claim is dubious at best, the influence of the rental or sharing economy cannot be ignored.

Shubham Jain, cofounder and CEO of Grab On Rent said, “There is a tremendous influx of millennial population into metros and major cities, a large chunk of them want to be light on their assets. India is still new to the concept of renting but slowly and steadily people are understanding the concept and are willing to give it a try in various aspects — Netflix, iTunes, Airbnb, Uber, Ola and more.”

In recent times, with job security becoming fragile and unemployment on the rise even among the educated class, Indians are settling into the sharing economy easily. The rising real estate prices mean that coliving is an option beyond renting.

At the same time, the average age at the time of marriage is also rising, which means that consumers are not looking to own things and settle down as quickly as before. The increase in discretionary spending on travel, food, and leisure has also stressed savings to the point that ownership is the resort of the affluent classes alone.

Why Buy When You Can Rent?

“An entire generation of students and young professionals is opting to stay away from the purchase of devices such as TVs, furniture, other regular-use durable items such as fridges, washing machines, and other electronic appliances,” Neerav Jain, cofounder and CEO of Cityfurnish, a furniture rental website told Inc42.

He points to the fact that the use of these items has increased but sales have remained more or less similar year-on-year. “Wanting to spend their disposable income on apparel, grooming, travel and overall lifestyle, this generation is choosing to rent durables rather than purchase,” Jain added.

“The furniture rental space in India is very new. People need to be educated about the rental market and the government needs to offer controls to ensure an ecosystem around the rentals. We need to link rentals to a credit score type system to ensure proper payments and reduce the loss of assets,” said Karandeep Singh Vohra, cofounder, and director at Fairent, an asset rental website.

Buying an asset allows one to exercise ownership rights. However, the deal comes along with high mortgage costs, value depreciation, maintenance costs, taxes, no flexibility and dynamic interest cost on the loan amount. The same challenges turn into advantage points when a person opts to rent an asset. The flexibility of location and availability of new/trendy furniture also adds to the advantage.

“The concept not only frees a person from the financial burdens of mounting debts but also lets them indulge in mega experiences without guilt. The sharing economy has opened up in a big way in the last few years, mainly because of technological innovation that helped in creating an easy access business platform through mobile apps to solve everyday problems,” said Karimpana from Furlenco.

While many argue on the cost-effectiveness of renting furniture over buying it, others believe both options to be equally viable and rather bet on renting with all its added advantages. Startup founders also believe that the constantly changing design trends and exposure to newer designs push many urban consumers to keep changing their furniture. For such customers, the cost of ownership is extremely high and they tend to prefer renting due to how convenient replacements are. 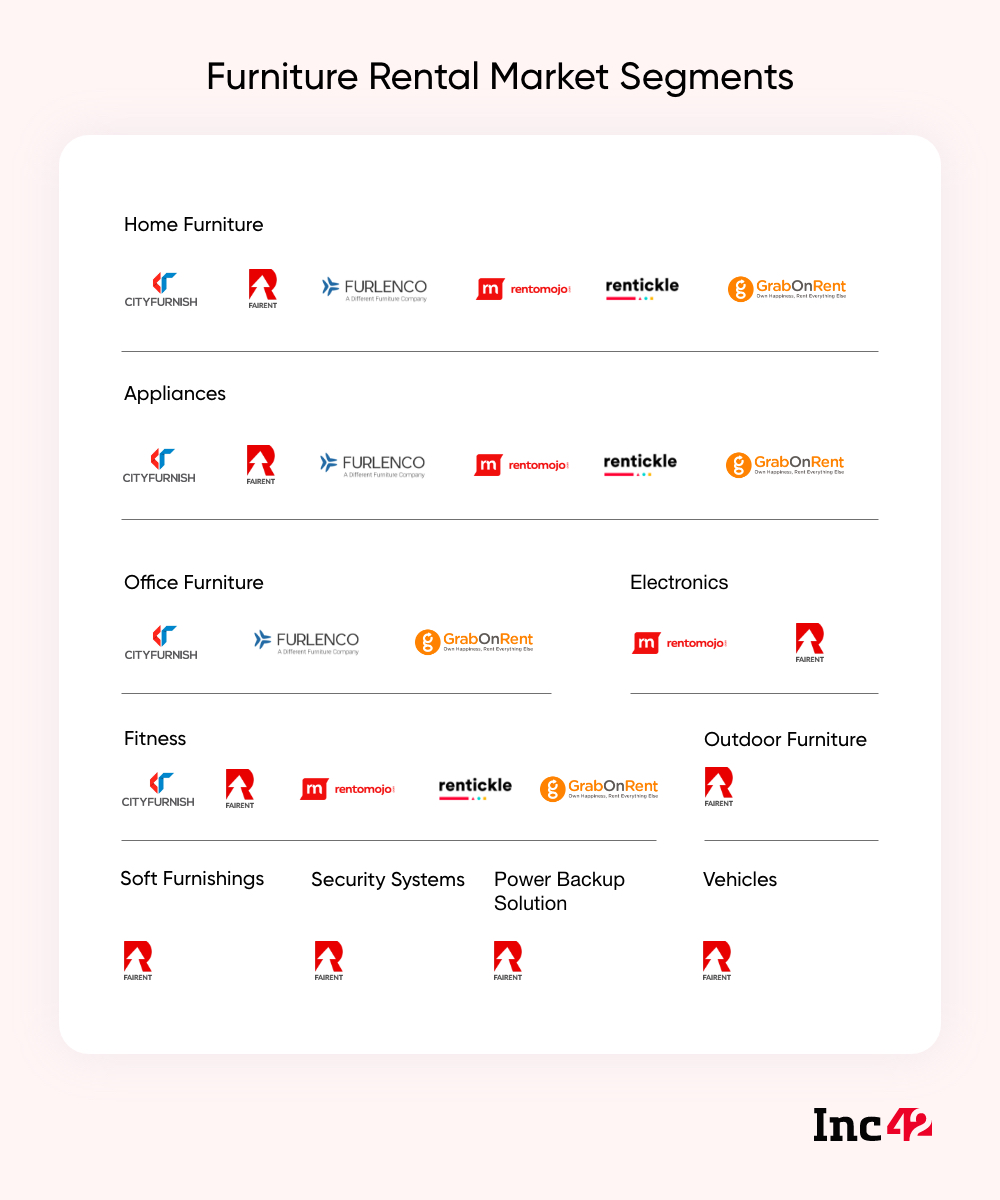 Is The Furniture Rental Boom Built To Last?

“Millennials don’t want to burden themselves under huge home and car loans rather they adopt the pay per use approach which allows them to spend more on what they like to enjoy today rather than later. Adoption of shared economy concepts like Uber/Ola, Airbnb is a clear proof of this approach,” said Amit Sodhi, founder of Rentickle.

Other startups believe that the rental lifestyle is only limited to a certain class of customers. Geetansh Bamania, founder and CEO of RentoMojo believes that subscription-based lifestyle, as opposed to ownership of assets, is creating a buzz among younger audiences who do not have the traditional baggage of ownership. “But it will not be long before consumers across segments realize the value of rentals and make it their preferred method of acquiring assets. This also means that a company like us has to customise its services according to a diverse customer base. This can be challenging,” he added.

Karimpana from Furlenco told us that although the rental industry in the country is highly fragmented, it comprises about 10% of the global figure. “For instance, fundraising is tough in this sector since the business of rental offerings is asset-heavy. Besides, when we compare the industry to China or the US, it is still at a nascent stage. There is a need to infuse confidence in stakeholders which is a bit tricky since the market is still evolving,” he said.

Backing this line of thinking, Jain from Cityfurnish talked about a lack of trust being a key challenge. “Even today, 90% of the furniture market operates offline. This is mainly due to the trust issues customers have when it comes to buying quality furniture… Technology is the best way of reaching out to people to drive the market,” he said.

As the Indian economy goes through a slump, the rental economy seems to be gathering momentum due to the affordability and convenience of maintenance. Studies by EY suggest that the global sharing economy is growing at 140% CAGR and is likely to be worth over $335 Bn by 2025.

According to Karimpana of Furlenco, despite being highly fragmented, the Indian rental space too can tap into this massive opportunity. Apart from commercial and residential space, other segments disrupting this economy include clothing rental, accessories, cars, and furniture. “The furniture rental market in India alone is expected to reach more than $20 Bn by 2024 with tier 2 and 3 cities rising as potential markets. This boom is clearly due to the change in the outlook of the current workforce that prefers to own less and consume more.”