From Bankruptcy To The Business Of Beer, Rahul Singh Shares His Journey At Inc42’s Founders Meetup

From Bankruptcy To The Business Of Beer, Rahul Singh Shares His Journey At Inc42’s Founders Meetup 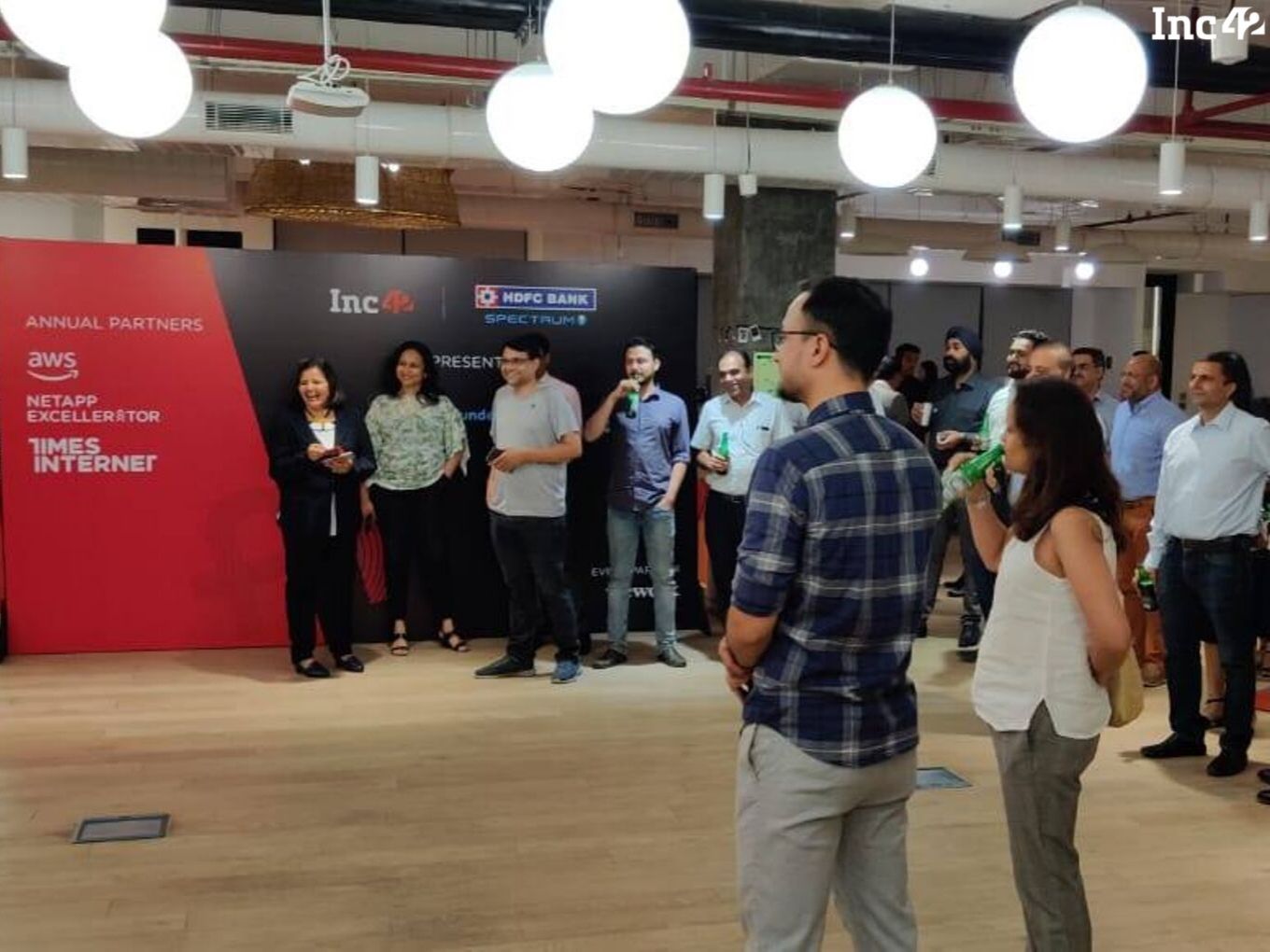 The Founders Meetup by Inc42 was in association with HDFC Bank, and supported by annual partners Netapp, AWS and Times Internet, and event partner WeWork

“Success is defined by going from one failure to another with the same enthusiasm and that is what I actually believe in,” Rahul Singh, founder and CEO, The Beer Café.

At the latest edition of Founders Meetup by Inc42, organised in association with HDFC Bank, over 40 founders from the early stage startup ecosystem huddled together at WeWork in Gurugram to hear Singh take them through his journey of ups-and-downs.

As ever the Founders Meetup was all about coming together for a casual networking session, and learn and share ideas with founders and entrepreneurs about startup journeys.

The guest speaker at the Founders Meetup on October 3 in Gurugram was Rahul Singh, founder and CEO, The Beer Café, who enthralled the audience with his rollercoaster entrepreneurial adventure. Singh shared his journey of going from bankruptcy to building one of the most recognisable brands in the Indian restaurant landscape and also created the largest alco-beverage chain in India.

He tried his luck first with the India rights to license the Greg Norman Collection owned by the legendary golfer Greg Norman, and then his first startup, an indoor golfing club, Golfworx. Unfortunately, that didn’t pan out for him and Golfworx soon shut its doors. This led to Singh’s bankruptcy and being the only earning member in his family, he had no support to count on. The only option left with him was to mortgage his house and though this might have been a dealbreaker for many, Singh took the chance.

He raised INR 3 Cr as a loan against his property and opened the first outlet of The Beer Café at Ambience Mall, Gurugram. Soon his venture grew to five outlets in the first year alone and now it has 40 outlets in over 12 cities.

“I wanted to create something that’s global or at least national and when that is your goal and your dream, you need the right team for it.”

Singh shared his lessons as an entrepreneur and revealed his mantra for success — ‘go fast’ — and how it has now changed to ‘go fit’. “When you go too fast you make mistake, every board meeting is about using the money that you have raised. But now we’re being more cautious and are progressing better.”

He further stressed on how a founder’s idea should be to focus on not being hot and happening alone, they should realise that the goal is to be sustainable.

Inc42 will bring more such stories to the early-stage startup ecosystem and founders with the bi-monthly Founders Meetups. Stay tuned as Founders Meetup gets ready to make its debut in Hyderabad on October 11 at CoWrks.