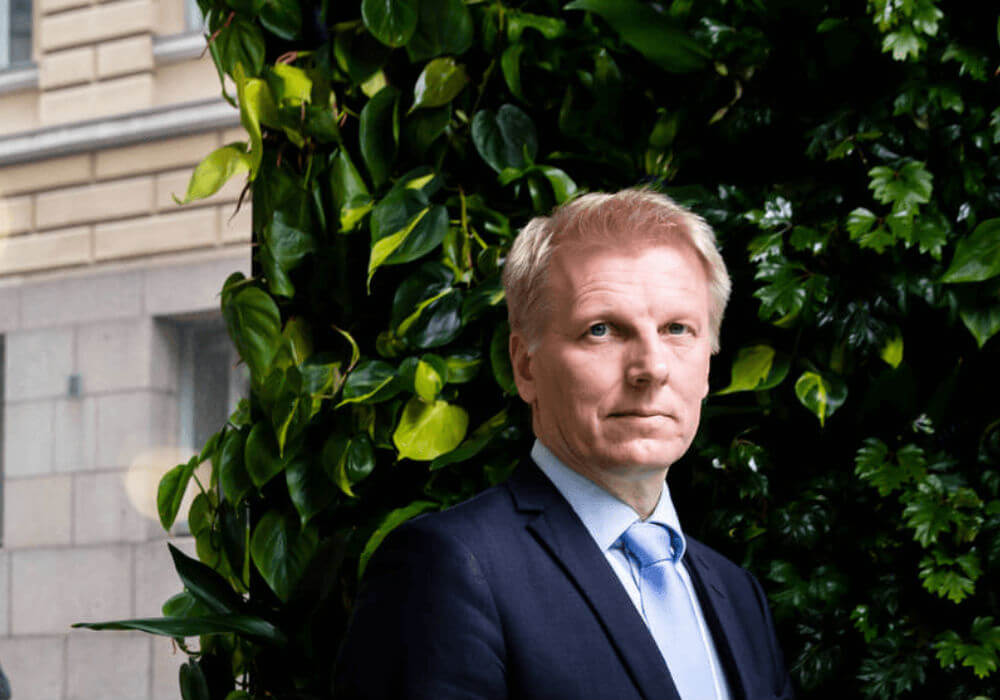 Traditionally, Finland and India have enjoyed cordial international relations with each other. Today, India presents a vast and lucrative market for Finland’s technology products and investments. In a recent interview with GOInternational Finland, Finnish Minister of the Environment, Energy and Housing, Kimmo Tiilikainen reiterated the importance of Finland-India bilateral relations.

Finland can be instrumental in supporting India in its route to transformation, especially since India is a fast-growing economy and the urban migration poses a unique challenge for its development.

Speaking on the topic, the Finnish Minister said, “At the governmental level our countries have identified plenty of mutual interests related to renewable energy, environment and smart city solutions. In the future, collaboration in the healthcare sector could also be explored.”

The Finnish Minister iterated that in the light of Prime Minister Modi’s flagship schemes such as Make in India, Clean India and Smart Cities Mission, Finnish companies do see huge business opportunities in India and the renewable energy sector.

As the Minister responsible for energy, environmental and housing policies, he had visited India in October 2017 with a Finnish Business Delegation. During the visit, it was recognised that there was a strong urge for India towards urbanisation and the subsequent development to achieve this is increasing the Indian consumption power and economic leverage.

Kimmo said, “Cities in India are facing an urgent need for infrastructural improvement, smart and renewable energy solutions and technologies, in addition to the development of public transportation, sanitation and housing.”

According to him, in India, Finnish companies are already well established in both thermal power and solar energy sectors and in fact two-thirds of Indian power plants are run with Finnish automation technology!

These are some of the key areas emphasised by the Minister for bilateral collaboration in terms of efficient energy generation, use of renewables, biomass and biofuels and smart energy solutions:

And how will Finland aid India’s development?

The Finnish Minister sheds light. Kimmo says, “Team Finland is a network promoting and is helping Finnish enterprises to become international and succeed in the global market.”

“The core of the network brings together publicly funded organisations such as ministries, Finland´s network of diplomatic missions and Business Finland that gathers all services related to innovation funding and promotion of exports, investments and travel under one roof,” he further added.

The Finnish companies with its Embassy in New Delhi have worked in the following ways:

It has been observed that energy consumption and greenhouse gas emissions go hand in hand. Building cities, migration and transportation in a rapidly expanding urbanised world continuously demand an evolved means to energy. This demand is an achievable target!

The project is underway and is aiming to lower the area’s carbon footprint by creating new cutting-edge smart and clean solutions in mobility, energy, buildings, water and waste management. On the same line, the Finnish Minister said that Finnish companies are as much enthusiastic to see the project being adopted for Smart Cities in India.

He said, “Finnish companies are following with great interest the Smart Cities Mission by Prime Minister Modi with a goal to develop 100 sustainable, smart cities all over the country. The programme is much needed, as every year more than 10 million people move from rural areas to major Indian cities in search for better livelihood.”

To achieve a smooth implementation of the project, several official and business delegations from Finland have visited India in the recent years, to respond to India’s urbanisation challenges.

In addition to the solutions for Smart Cities, Finland has also developed pioneering IT solutions and technologies for waste collection and logistics and proven technologies to generate energy by utilising and combining different kinds of waste.

The Finnish Minister is confident that Finnish smart solutions in energy, transport and building sectors will help Indian cities to accomplish their development plans aiming for electricity stability, smart waste management systems, as well as an advanced system for traffic management and electric vehicle infrastructure.

He quips, “Finland and Finnish companies are eager to work together with Indian counterparts.”

The Future Ahead For Finland And India Relations

According to a FICCI report, Finland ranks 31st in terms of investment with cumulative FDI inflows into India amounting to $274.27 Mn between the years April 2000 – June 2013, accounting for 0.14% of total FDI inflows.

The companies are observed to be present in India either through their subsidiaries, joint ventures with local companies or representative and liaison offices.

According to the same report by FICCI, here are some of the largest investments made by Finnish companies till date includes:

Going by the record, Finland would be more than keen to make its presence in India since some of their previous investments have fructified their business on a large scale.

However, there still exists a lot of potential for cooperation between India and Finland in a wide range of sector. Also, keeping India unique diversity in prominence, the collaboration has to be based on strategies that help both sides overcome current handicaps whilst leveraging existing strengths.

Keeping this as the premise of all future collaborations, what can be understood is that: