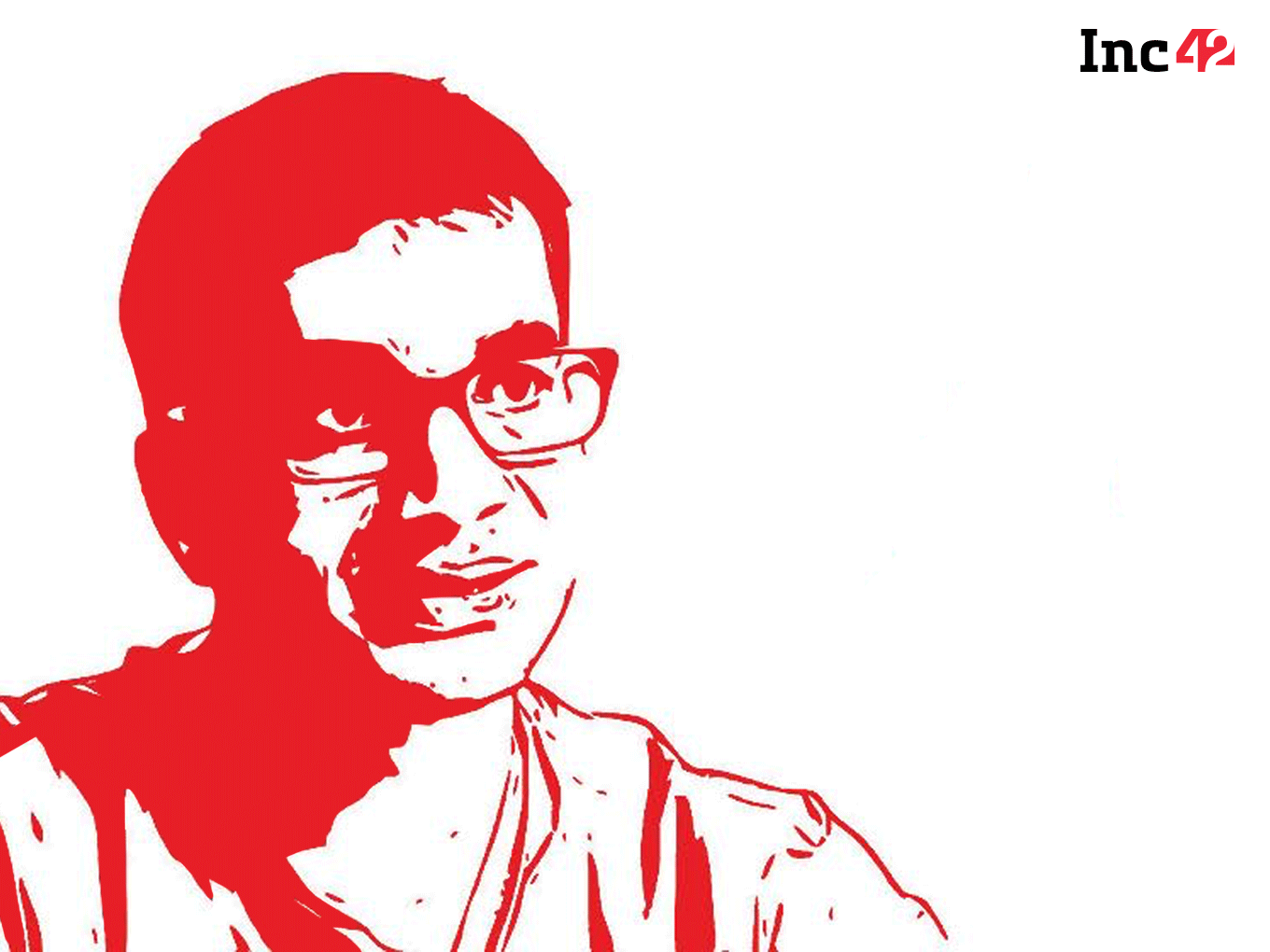 In the 22nd episode of Inc42 Ask Me Anything (AMA), we hosted Vishal Gondal, the founder-CEO of GOQii

Gondal, who heads a team of more than 200 people, ensures that the final interview of each potential employee is with him

Further, as a tradition, GOQii makes a pitch to its potential employees the same way as it does to investors

At a time when Netflix and gaming addictions are turning millennials to couch potatoes, Indian gaming startup prodigy Vishal Gondal of GOQii has taken up the charge to get people off the couch and guide them towards a healthy lifestyle.

In the 22nd episode of Inc42 Ask Me Anything (AMA), we hosted Vishal Gondal, the founder-CEO of GOQii. In his over 20-year entrepreneurship journey, Gondal has worn several hats — serial entrepreneur, angel investor, hustler, podcast show host, and others.

As an angel investor, Gondal invests in startups from Tier II and Tier III cities and enables them to compete at a global level. However, the interesting thing is that GOQii wasn’t Gondal’s first venture as an entrepreneur.

He made his first bet in the Indian startup ecosystem in the 1990s with gaming company Indiagames when he was just 16. After running the company for more than 13 years, Gondal sold Indiagames to leading global entertainment company Walt Disney for $100 Mn.

In 2014, Gondal launched GOQii, a smart wearable that helps people track their steps, sleep, and other physical activities, and then does more.

To supplement the health tracking function, GOQii enables goal-setting by the user to keep them motivated and also provides a remote coach (a human not AI), who guides the user towards his/her goal. The GOQii app can be integrated with 35 major fitness bands including Jawbone, Fitbit, Garmin, Moov, Misfit, and Sony.

Gondal believes that to bring in a revolution, you need a team to believe and follow up on your mission — in his case, bringing the next set of millennials on board on GOQii and keeping the fire burning for a healthy lifestyle.

At GOQii, Vishal Gondal leads a team of more than 200 people and has been ensuring that the final interview of each potential employee is with him.

Another interesting insight Gondal shares about his hiring strategy is that in the initial days of GOQii, he would personally go out to recruit the first set of employees.

Further, as a tradition, GOQii makes a pitch on the company to its potential employees, similar to the pitches it makes to investors because, as Gondal explains, “They are unlike investors who are giving you cash, they are willing to invest their career with you, so the pitch needs to be exactly like that.”

Gondal also says that the most important job of a CEO or the founder of a company is to make sure that they are able to get the best team members on board. He adds that if you are trying to recruit people and have given this job to some manager hoping that they are going to do it, it’s not going to happen.

With his decades of experience, Gondal notes that when you are in a “people business”, you are going to be as good or bad as the people in your team.

“So, in the case for GOQii, for example, I interview every candidate in the company; every interview, the last interview is with me and we are going to do that till I can do it… then maybe, after 500 odd employees, we would still have a senior group of members do it. But, it is very important that the senior management be involved in this process,” Gondal explains.

And here comes the blockbuster suggestion — get offline to find the right team member.

Gondal emphasises that a startup is almost like a cause and that you’re trying to get people to back you and support you in the cause you believe in.

He believes that you will not get people simply by putting up ads on Naukri and LinkedIn, but rather on the field by networking. “You are more likely to find your early employees and early co-founders as I said not on Linkedin or naukri.com but they will be in conferences, events, or if you are in the health space, your co-founder might be running a marathon with you,” he says.

As for GOQii’s potential employees — Time to get going, but not without making your steps count on your GOQii!

Stay tuned for our next article on Vishal’s Ask Me Anything!