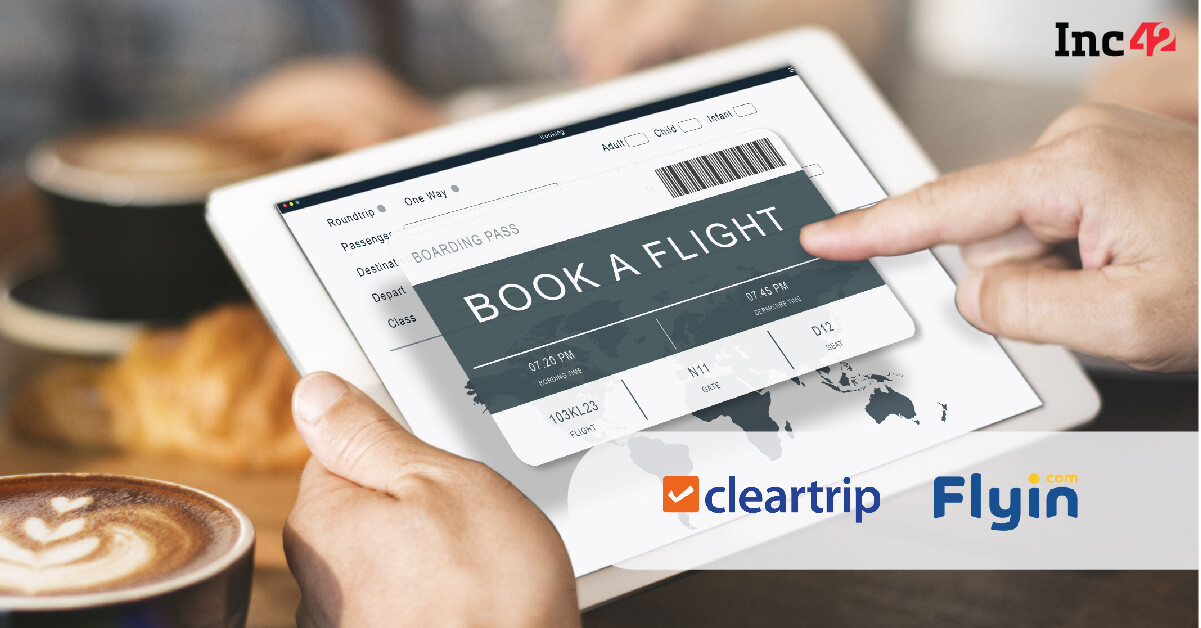 With The Flyin Deal, 40% Of Cleartrip’s Business Will Come From Its International Operations

Having struck an uneasy balance between its revenues and losses on a Y-o-Y basis, online travel aggregator Cleartrip recently acquired Saudi Arabia-based OTA Flyin with a view to deepening its presence and cash in on the huge air traffic markets in India and the Middle East And North Africa (MENA).

However, at a time when the online travel market in India (mainly flight and hotel aggregators) is expected to hit $13.6 Bn by 2021 and account for almost 43% of the total travel category, and its biggest Indian competitor, MakeMyTrip, has acquired leading travel aggregator Ibibo and grabbed the lion’s share of the market, slight improvements won’t save the day for Cleartrip.

From India To MENA: Going With The Flow

In hindsight, it seems like Cleartrip had a clear vision of the M&A developments it would be getting into eventually. Speaking to Inc42, Stuart Crighton, founder and CEO of Cleartrip, points out the difference in the design thinking of the company over the years,

“Having set up Cleartrip way back in 2006, after five-six years of operations in India, we realised the presence of the heavy air traffic corridor between India and the UAE and a significant number of visitors are recurring ones With a view to fulfilling the rising demand, we established our operations in the UAE.”

Crighton adds, “After setting up our operations in the UAE, we saw huge air traffic between the UAE and Saudi Arabia. Therefore, the acquisition of Flyin is part of the natural expansion process to fulfil our customers’ demands, rather than a shift in our market focus, as speculated by some of the media.”

What’s With The ‘Flyin’ Deal?

Founded in 2008, Flyin claims to be Saudi Arabia’s biggest OTA, providing customers direct access to over 320K hotels, over 450 airlines, and a wide network travel product and services.

The Flyin acquisition was said to be worth $50 Mn (INR 340 Cr) by some media sources. However, the transaction details are yet to be disclosed officially. Aditya Agarwal, head of M&A and strategy at Cleartrip, told Inc42, “The deal also saw an undisclosed amount of funding raised from the existing investors, while new investors also participated in the funding.”

While the combined entity of Cleartrip and Flyin will now command about 60% of the OTA market share in Saudi Arabia, with this deal, 40% of Cleartrip’s total business will now come from its international operations.

“We already have a 60%-65% share in the OTA market of UAE,” claims Crighton. He adds that the deal will be to the benefit of both Cleartrip and Flyin, as they can easily capitalise on the growing shift in the market towards online travel bookings in the MENA region. MENA is home to a large population of tech-savvy consumers and has the highest level of smartphone and Internet penetration in the world.

Cleartrip is backed by investors such as Concur Technologies Inc, DAG Ventures, and Gund Investment Corporation.

Even though a growth storm is expected in the OTA market, India is way behind the international market — in terms of big players, market share, as well as OTA space per capita. While Ibibo-MakeMyTrip is a large consolidation by Indian standards, even the combined business, valued at $1.5 Bn-$1.8 Bn (during the deal period), does not make much of a dent on the global OTA stage. Other important players in the Indian market are Cleartrip, Yatra, and IRCTC.

And, despite grabbing the major share (>50%) of the Indian market, online travel-cum-hotel aggregator MakeMyTrip, according to the latest SEC filings, posted net losses of over $52.1 Mn in Q1 2017. This marked a near 72% jump in its losses from $30.3 Mn in the same quarter of the previous year.

MakeMyTrip (MMYT), listed on Nasdaq, reported a 135% increase in its net revenue to around $141.2 Mn in Q1 2017, despite soaring losses due to increased expenses. Overall, the revenue increased by around 55% to $192.1 Mn, compared to the same quarter of the previous year.

As mentioned earlier, even though Cleartrip hasn’t been able to improve its share in the India market, the company, unlike other OTA startups, has been able to control its losses, reducing them from INR 64.7 Cr (FY 15-16) to INR 63 Cr (FY 16-17).

Crighton asserts that its Cleartrip’s design thinking that is enabling it to strike a fine balance between operational profitability and expansion plans.

Cleartrip: The Balancing Act And Expanding Users In The OTA Market

Cleartrip’s acquisition of Flyin not only fulfils its expansion plans, it also enables it to take a lead in the UAE and in Saudi Arabia. The more important thing is that as the margin of profit in the UAE and Saudi Arabia is comparatively higher than in India, the deal will also help the company achieve operational profitability by minimising its overall losses.

Agarwal says, “Flyin’s presence is not limited to the Saudi Market only. It has a good presence in India as well, with its product team operating from Hyderabad, next to Bengaluru. Hence, there are other areas such as products and services where both the teams Cleartrip and Flyin will collaborate to cater to the Indian market as well”

“We have 660 people working solely for the Indian market. With the Flyin team joining us, the newly formed bond will further deepen our focal point in the Indian market as well,” adds Crighton.

“We currently have 25 Mn unique users taking flights in India. This will exponentially rise. The second is the offline-to-online turn (a large of Indian travellers are now turning to online platforms to book their tickets). This will only increase in the near future,” he added.

According to a Praxis report, the Indian online travel market is estimated to increase at a compound annual growth rate (CAGR) of 16% during the six-year period between 2015 and 2021. According to the report, domestic flights will grow at a CAGR of 15%, international flights at 12%, and hotel bookings at 19% during the same time.

With increased Internet connectivity, the proliferation of smartphones, and air tickets offering better pricing compared to dynamic train ticket prices, the number of flights as well as air travellers in India is undoubtedly set to increase exponentially.

The major players in the segment — MakeMyTrip along with Ibibo, IRCTC, Cleartrip, and Yatra (.com) — are bound to get their fair share of the opportunities ahead.

Crighton concludes, “We’ve got the capability, experience, and have proven performance for over a decade now. Many of the features available in the Indian OTA space were actually first brought in by Cleartrip. We have our own set of strategies. We will continue to work in that direction. We are going to be very selective and opportunistic as far as M&As are concerned in India.”

Unlike the west, the Indian OTA space is still largely driven by coupons and discounts offered by travel aggregators. In order to strengthen themselves, if MakeMyTrip-Ibibo, backed by Naspers and Sierra Ventures, has created its own ecosystem, Cleartrip which has also tied up with Google Flights, with Flyin acquisition, is also en route to creating another OTA ecosystem that will cover the MENA region as well.