CFOs In Tech: ACKO’s Jitendra Nayyar On The Changing Insurtech Landscape, FDI Boost To The Sector And More

CFOs In Tech: ACKO’s Jitendra Nayyar On The Changing Insurtech Landscape, FDI Boost To The Sector And More 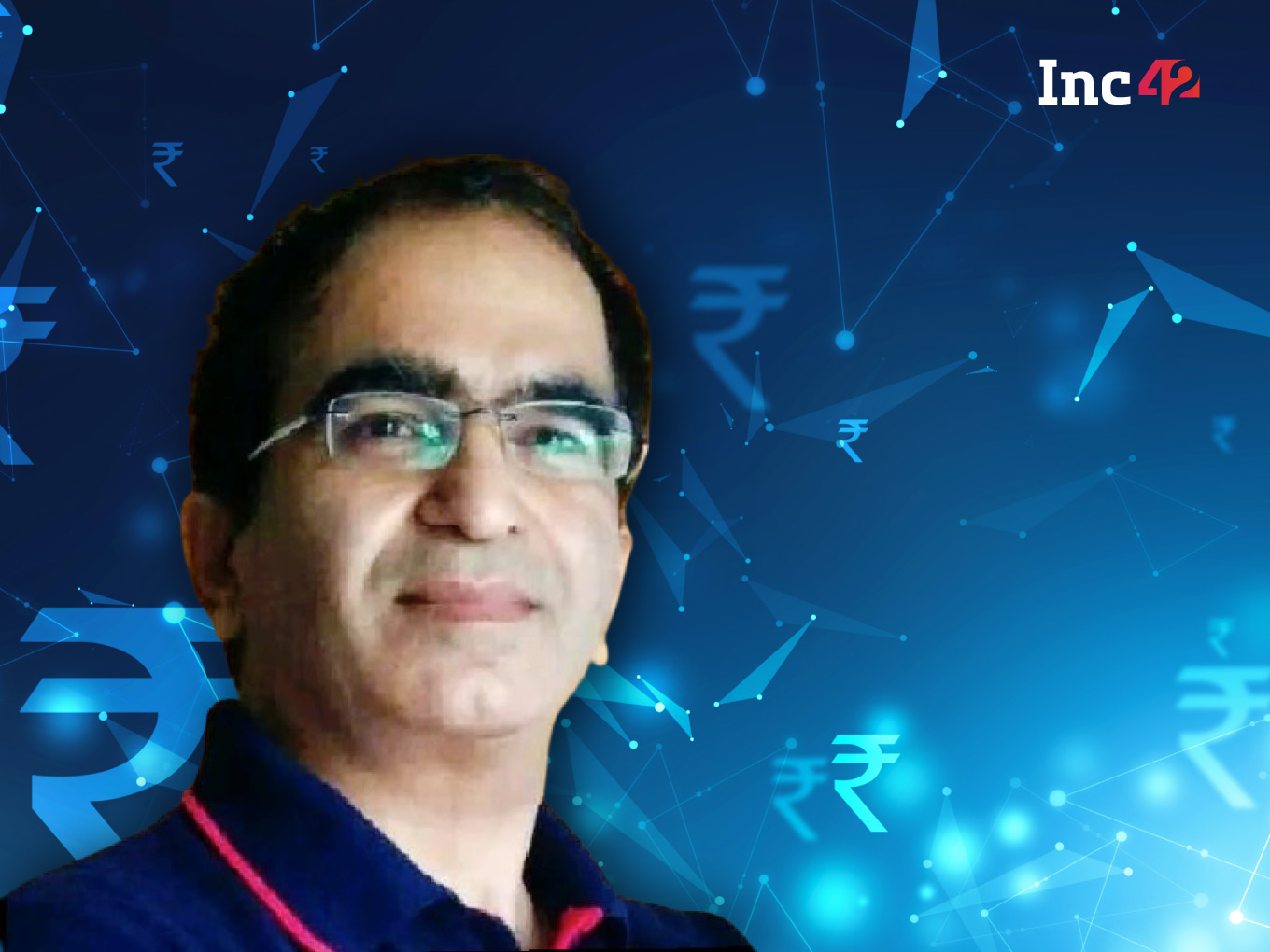 With 25 years of experience across eight industries, ACKO CFO Jitendra Nayyar believes digital participation is needed to bring innovations to the insurance sector

As part of Inc42’s CFOs In Tech Series, powered by HSBC, we spoke to Nayyar about his journey as a CFO of a fintech startup, diverse responsibilities and the challenges faced

The insurance industry in India had undergone a sea change since 2000 when private players were finally allowed to enter the market. In just over two decades, the country’s insurance market size has grown to $280 Bn compared to $300 Mn back in 1992.

As players like ICICI Lombard, HDFC’s Ergo, Bajaj Allianz, and more entered the field,  the sector evolved into a buyer’s market. And to a large extent, technology and internet penetration have played a pivotal role in this transformation.

It has also paved the path for insurtech startups, focussing on innovative products and new service models. India saw the launch of more than 21 funded startups in the insurance space between 2014 and Q3 2020 that raised $940 Mn from 47 funding deals, according to a report by Inc42 Plus

With the rise in demand for insurance products due to growing consumer awareness, Varun Dua and Ruchi Deepak decided to set up ACKO in 2016. The Mumbai-based general insurer specialises in vehicle and health insurance and has already disrupted the sector with its end-to-end digital operations. ACKO has raised $215 Mn across six rounds and claims to have sold more than 800 Mn policies.

“The current insurance model has a lot of inefficiencies. For instance, there are 2 Mn+ insurance agents in India, but much of this cost can be saved (with the help of technology). However, technology investment is needed to achieve that. Digital participation will be shaping the future of this industry,” says Jitendra Nayyar, CFO of ACKO.

The Journey Of A CFO From FMCG To Insurtech

Nayyar is a finance veteran, has worked for as many as eight different industries over 25 years, and held leadership roles in billion-dollar companies such as Pepsico India, Ranbaxy, Coca-Cola, Airtel, and Aviva Insurance before joining ACKO in June 2017.  The varied experience has its advantages, but the transition from big corporate houses to a startup is not always smooth.

Nayyar recalls that ACKO was still in its pre-licensing stage when he came on board as the founding CFO. The licence came six months later, but he was already building the framework for company guidelines by that time. Many of his peers working for MNCs might not have appreciated this kind of need-based, fast-evolving work. But for Nayyar, moving away from his MNC roles and moving to a startup happened to be a whole new ball game with new possibilities.

“Working for a startup was a unique opportunity for me. I did not work a lot on equity rates, debt rates, capital, and risk management while working for MNCs. Then I realised that your viewpoint becomes limited as a CFO of an MNC. Coming to the startup scene, I started looking at everything from a business and commercial perspective and not just as an employee,” he says.

A CFO’s role in a manufacturing company differs from one working in a finance company. Although Nayyar had a decade of experience in the insurance space, his role is far more encompassing at ACKO.

Explaining the essential difference between his prior positions and the current one, Nayyar says, “When you are working for a manufacturing company, your aim is to sell a product. When you are working with a financial service, your product itself is rooted in finance.” Resultantly, opposed to insurance services, the CFO in FMCG has a restrictive control over the financial system.

Another key difference lies in pricing the product. In the manufacturing industry, pricing is a determinant of the supply chain. In financial services, the pricing system is an objective reflection of the value the product creates in a customer’s life. So, a CFO’s input calls for much more scrutiny in the financial sector.

The regulatory system in the insurance space can also pose a major hurdle for any CFO. The Insurance Regulatory and Development Authority of India (IRDAI) is the regulatory body here, but its guidelines often make it difficult for companies to make full use of their revenues.. For instance, according to IRDAI rules 2002, all insurers must maintain a minimum solvency ratio of 150% to reduce bankruptcy risk. It essentially means that a company must set aside an amount to cover all its liabilities and an additional 50% of that amount. But with stringent laws in place, the wiggle room for flexibility is extremely low, and it requires high precision to execute any financial decision.

The responsibility of a CFO is also to manage a company’s investments masterfully. Although most companies have a chief investment officer, the buck stops with the CFO when it comes to risk management. Nayyar explains how his job requires him to assess and minimise operational, insurance, financial, and investment risks at the backend.

As mentioned above, the insurance sector has witnessed several significant changes over the past two decades, right from private players’ entry and higher foreign direct investment (FDI) to growing tech adoption and quick, hassle-free resolution. Allowing 26% FDI in 2000 was a first for this sector and opened the gateway for foreign capital. The FDI cap was raised to 49% in 2015, resulting in better cash flows. But major changes eluded the sector as foreign insurance companies hesitated to go all out in their capacity as minority stakeholders.

But the stage is now set for big changes as Finance Minister Nirmala Sitharaman proposed to increase the FDI limit to 74% during the 2021 Union Budget. The decision came following last year’s amendment to the FDI policy where the government allowed 100% FDI for insurance intermediaries like individual agents, corporate agents, and brokers. The hike will enable greater foreign investments and ensure the necessary financial and technological infrastructure to trigger growth.

Nayyar also believes that tech-driven transformations will shape the future of the insurance sector. Until now, this space has not seen much innovation or significant digital migration as it is a capital-intensive task. But with the latest announcement, the sector may soon receive a much-needed boost towards digitisation.

Asked about the inefficiencies of the current model, Nayyar points out that the Indian offline system is slow and not targeted towards individuals based on their relevant needs. The traditional sales and distribution process can be completely transformed with the help of a digital platform that can feature marketing solutions that people will find relevant and an easy tool so that one need not spend more than 30 seconds to buy a policy on that platform.

In brief, the current ‘phygital’ model is not good enough. And Nayyar has already proved that a fully digital model works much better. According to him, ACKO has a policy of selling more than 100K insurances per day without the need for a single agent. In fact, with a layer of machine learning and deep analytics on the digital framework, the ACKO CFO is building solutions that shift the underwriting from being asset-based to individual-based. This enables the company to build policies that customers find more curated to their needs and saves the company’s time during claims.

Nayyar says that digital innovation is necessary to speed up client servicing and claim settlement, a crucial part of the insurance operations that often moves slowly.

“Today, if a car gets damaged, repairing it takes about 10 days due to manual survey and investigation. But it is possible to carry out that part in three days through a digital framework. The goal is to leverage technology to take pictures and assess the damage while sitting in my room rather than sending a surveyor to your place and waiting for 10 days for the report to come in,” he adds.

As overall insurance penetration in India is abysmally low at 4%, it is necessary to improve customer service and make it a pleasant experience, feels Nayyar.

The domain of a CFO is a carefully constructed chaos where the norm is to tread carefully. And being the CFO of a financial service makes things a bit trickier than usual. For instance, Nayyar says that he is deeply involved in developing the company’s core insurance system, which must be upgraded regularly. This means he must have a thorough understanding of both product technicalities and market trends to improve the system constantly with his input.

Then again, a key challenge popped up when Nayyar was developing the framework for ACKO’s financial processes. As a member of a startup team where everything is done from scratch, he built similar frameworks for most of the operations, be it reporting to stakeholders, preparing compliance guidelines, risk assessment, and prevention, or structuring processes in terms of audit, internal control, and investment control.

Although Nayyar has managed to navigate these technical challenges effortlessly and built a seamless operating system, his responsibilities go well beyond it. As the CFO of ACKO, he has played a key role in building partnerships with more than 15 consumer service companies such as Oyo, Zomato, redBus, and more. These strategic partnerships have seen ACKO distribute 60 Mn unique policies in just two years, says a proud Nayyar.

It is a dynamic and challenging role as he manages the entire financial product and all related operations. But Nayyar believes his customers and employees are equally important to him even in his current role. Calling them as important as company stakeholders, he says, “The multi-stakeholder management towards which I have an obligation has to include the employees who work with me every single day to build this system, and the customers, for whom I act as a custodian of their policies. It is my responsibility to ensure both of them get my full support and dedication.”