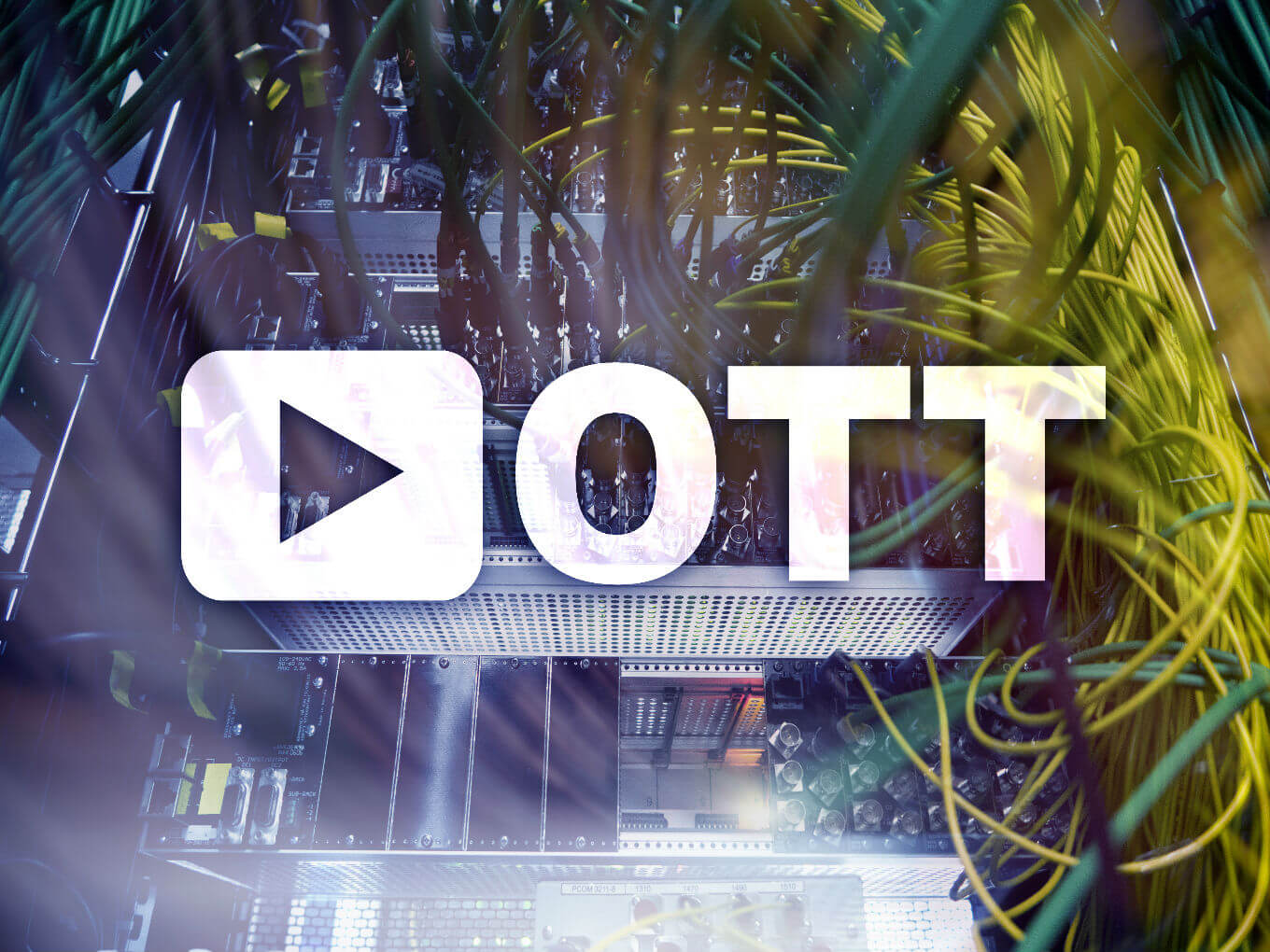 Besides live sports, the platform is now turning attention towards original content from Indian creators

There is room to do significant partnerships between multiple OTT players, says SonyLIV head Uday Sodhi

Even in the early days of cable television during the 1990s, most Indians were familiar with the names Star Network and Sony Pictures Networks India. Everything from cricket to procedural dramas such as CID, or soap operas were available on these channels that were on these networks. And for many Indians, these shows and networks have created many shared cultural experiences.

Cut to today, television networks are aplenty but the focus these days is on Netflix and other over-the-top (OTT) platforms that are slowly but steadily eating the cable TV business. A new KPMG report said there was a decline of nearly 12-15 million active subscribers for the cable & satellite (C&S) universe in Q4 of FY2019.

So in the age of on-demand content, can legacy networks reinvent themselves? Star India’s Hotstar (now backed by Disney) has taken a huge lead by being first on the scene, and has surpassed every other OTT player in India with over 300 Mn monthly users.

Sony also followed suit soon after Hotstar was launched with SonyLIV, launched in 2013,  The platform has also quickly amassed a huge number of users with the company recently revealing that it became the second OTT player to cross 100 Mn downloads on the Google Play Store, after Hotstar.

Inc42 caught up with Uday Sodhi, business head of digital at Sony Pictures Networks India, to talk about how SonyLIV wants to take on the Indian OTT market, going beyond just user numbers and focussing on the network’s content strategy and online gaming.

But the real challenge from a technology perspective is in customising experiences for users across devices from low-end smartphones to the new-age smart TVs.

“We need to operate multiple apps, serve content in different bandwidths and on top of that we need to understand where the customers are coming from, which device they are using and what they were using earlier,” said Sodhi. He added that this complexity in the Indian context is an opportunity as well as a challenge that hasn’t been solved anywhere else before.

The need to cater to different economic brackets and devices is put into test when SonyLIV is streaming live sports matches — cricket, in particular — because of the sheer amount of numbers. Sodhi disclosed that the SonyLIV app had recorded its highest number of concurrent users that at 7 Mn-8 Mn and counted 70 Mn users overall during the 2018 FIFA World Cup.

“From a size and scale perspective India is unique and hence anything we do here is unique. There are very few solutions in the world that can fit into the Indian context. You have to create local solutions,”

But SonyLIV, whose advertising and subscription grew between 2x-3x over the last year,  still has a considerable distance to go if it wants to match Hotstar’s pace. The Disney-owned platform had 18.6 Mn concurrent viewers for the final of the marquee T20 cricket tournament Indian Premier League. Hotstar has many more MaUs with 300 Mn monthly active users as well, but what Sodhi would well be aware of is that Hotstar had 150 Mn users last year and that’s the kind of growth, given the size of the market, he would to replicate.

So how does SonyLIV plan to compete with Hotstar.  Practiced in answering that particular question, Sodhi quickly chimed in. “The interesting part to look at over here is that 300 Mn-350 Mn digital video users in the market that will grow to 600 Mn -700 Mn users in the next 3-5 years. If the number is going to go that high, each one will have the opportunity to build our own space and niche because each platform will have unique content.”

The SonyLIV head did admit that competition with Hotstar and the likes is part of the strategy but he indicated thanks to the growing opportunity of millions of users, it isn’t as cut-throat as some would like to believe it is. At least not yet.

“Star is not a new competitor, they have been around for 20 years on the TV side like us. There are formidable competitors in the market, there is no doubt about that. We focus a lot more time on how we cater to our consumers, are we investing enough on tech and content and how we are going about creating our brand.”

But it’s not just about Hotstar and SonyLIV. OTT video streaming platforms ZEE5, Hungama, and ALTBalaji are also flexing their muscles in the data-rich Indian market. Zee and ALTBalaji recently announced a content alliance to co-produce 60 plus web originals for each other. Other non-traditional competitors such as Arre are also active in the OTT space — not just producing shows for its own platform but also serving rivals.

Coming together to produce content is probably the first sign of an evolving OTT space that has too many players and an indication of how players in this segment might do over traditional business models as the other Indian players don’t have enough resources to match the financial might of the likes of Netflix, Amazon Prime Video and Hotstar.

Sodhi agrees that many more such partnerships or collaborations could be expected in the days to come. “There is room to do a significant partnership between multiple players. I believe the players in this space from international to domestic/smaller players will look at partnerships going forward. There is an opportunity for a big content company to look at platforms likes us to grow their business.” Sodhi added.

SonyLIV has already collaborated for content rights with production company The Viral Fever (TVF) which has successfully gone onto launch its own OTT platform but also produces original content, some of which is now available on SonyLIV.

Another way the OTT players are reaching new users is by offering bundled services by partnering with telecom operators. This is not just about reaching users though — these partnerships have allowed OTT platform to become more affordable through concessions and discounts for subscribers.

A case in point is Airtel. Airtel partnered with Amazon Prime and Netflix to offer free membership to users of its Infinity Postpaid plans. It also has a strategic partnership with Hotstar to make its content available on Airtel TV DTH service.

Similarly, other telcos such as Jio and Vodafone-Idea have also secured deals with OTT platforms. Jio parent Reliance industries has acquired stake in Eros Now and ALTBalaji’s Balaji Telefilms. Earlier this year, SonyLIV partnered with Vodafone-Idea to give access to SonyLIV exclusive digital content in Hindi and English to telecom subscribers.

So naturally, the questions about monetisation in the India market are looming large on OTT players. How viable is this bundling in the long run?

Sodhi told us these initiatives are similar across the OTT platforms and in the end, these platforms are looking at consumers coming to their platform directly with the telecom front acting as a good source for sampling and understanding the audience.

For Sodhi, the real problem is not the long-term viability of bundling or even charging for content. The real challenge for him comes in the inability of average users to pay for a monthly subscription due to low credit card penetration in India and challenges around recurring payments and limits on digital wallets.

SonyLIV Bets On Gaming, Football For Next Growth Wave

As one of the handful of consumer tech giants in the world, Sony has a hand in many pies. Arguably, the most profitable and successful category for the company is gaming. The gaming industry will generate over $150 Bn in revenue this year globally. That’s more than the music and film industry combined.

SonyLIV, which has also expanded its services to UAE, is hoping that success in the future comes through a combination of digital content and interactive gaming experiences. Last month, its gaming platform with over 100 exclusive show-based games and augmented reality games was launched in a phased manner.

A recent PwC report projects the Indian OTT market to grow 22.6% annually, more than double the global rate and is expected to reach INR 11,977 Cr  by 2023 but a lot will depend on how these OTT players can get users to pay for content and that means a lot more work ahead and a lot more content, whether that is gaming or video.

The company hopes to reach out to 50 MN new users and has curated games around popular TV shows Kaun Banega Crorepati, CID, Crime Patrol, The Kapil Sharma Show, among others.

SonyLIV also has rights to marquee sports events such as the Ashes cricket series between world champions England and Australia, India’s tour of the West Indies, FIFA international tournaments, Spanish football league, the WWE, NBA and UEFA Champions League (UCL), the biggest annual football tournament. Since it has expanded beyond cricket, SonyLIV is hoping it will attract more new-age consumers whose interests are not limited to just cricket.

Sodhi believes that India is becoming a large market for non-cricket sports streaming – he was enthused with the traction for football and UCL and the upcoming Euro 2020 football tournament and expects numbers to rise quickly as Indian audiences warm up to football more and more each year.

“Football is really growing, which is an interesting space for us. We counted 70 Mn users during the FIFA World Cup. When we saw the unique numbers and compared it with some other numbers from the region, we realised we were the top 3 football markets in the entire APAC region.”