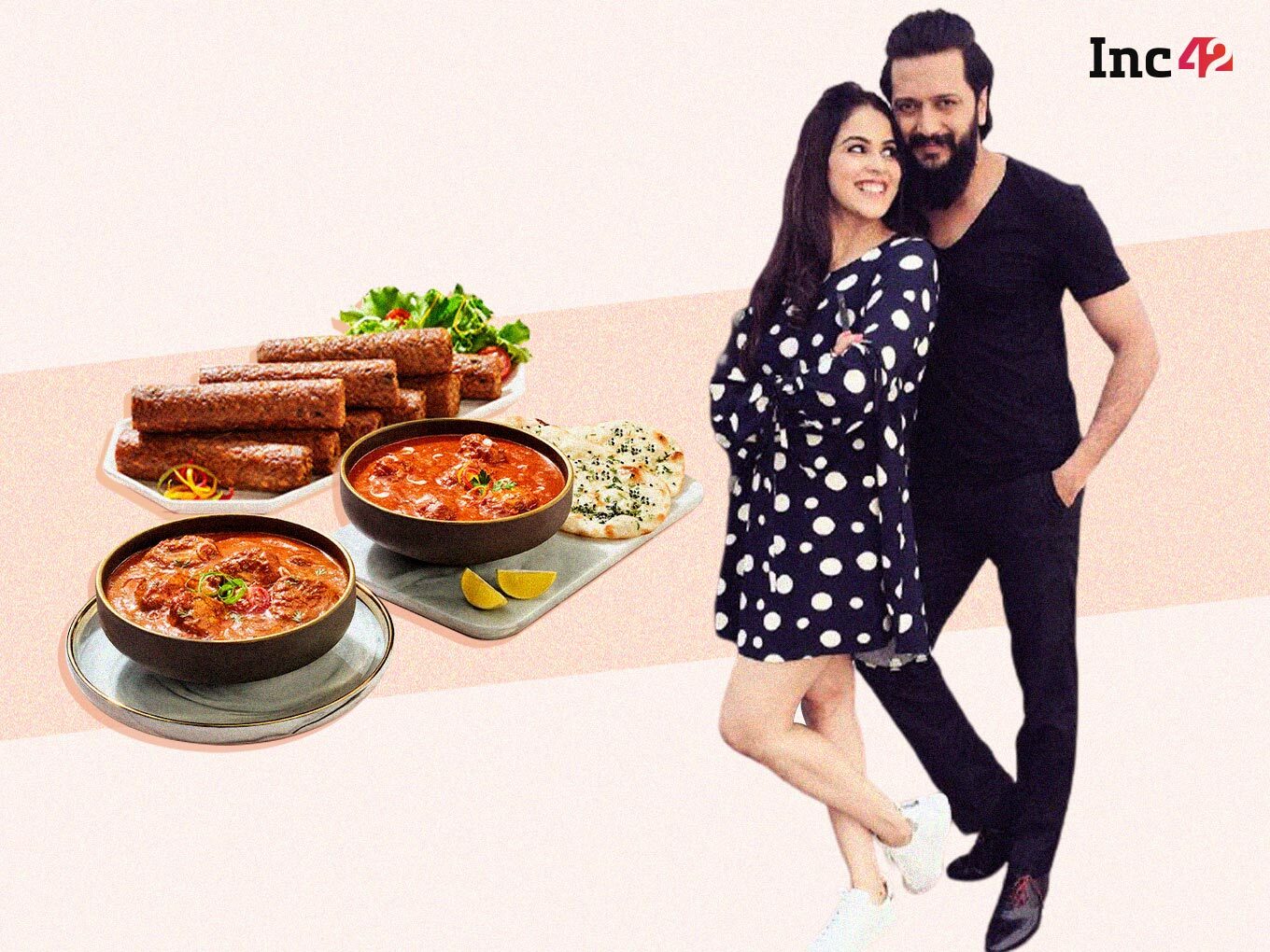 With veganism on a rise post-pandemic, the plant-based meat market is expected to reach $74 Bn globally by 2027, the APAC region including India being the highest growth market

While the traditional Indian food habits have reflected an inclination towards vegetarianism, 70% of the Indian population consumes meat and other animal products (excluding milk).

In fact, the social media feed of a foodie without chicken nuggets, keemas, shawarmas, butter chicken or most importantly, a biryani, would be a rare sight.

But, vegetarian and vegan food — whose strict adherence was limited to Tuesdays and festivals — rose to prominence in India in the late-2010s. Indians quickly adapted to animal-free, plant-based foods mainly due to their cruelty-free nature, health benefits and environmental friendliness.

In the changing scenario, Indian startups have been offering a variety of meatless options that many might not have even known existed. Today, India is home to over a dozen startups offering plant-based alternatives such as vegan chicken, veggie burgers, and kebabs, ham etc.

After spending almost a year in research and development, the duo’s meat venture went live three weeks ago with nine products.

A brief stay in the US exposed the duo to plant-based substitutes, decided to turn vegan. In the mid-2020s, the duo ideated Imagine Meats to offer meat alternatives in the ready-to-eat segment.

For the uninitiated, the US is home to plant-based alternative meat startups such as BeyondMeat, Amy’s Kitchen, Impossible Foods, among others.

“The products tasted, felt and smelled like real meat, enabling us to overcome non-vegetarianism with ease. And that got us thinking, what if Indians had the option to eat plant-based meat that tasted exactly the same — modern Indian would make a shift towards sustainability and against animal cruelty,” Genelia told Inc42.

Eat Your Meat Without Any Guilt: Imagine Meats

Riteish further adds, “With a broad range of plant-based meats, it is the perfect solution for meat-lovers like me who find giving up animal meat quite a challenge. Rather than having to sacrifice meat cravings during otherwise primarily vegetarian festivals, in lieu of one’s values or the planet at large, Imagine Meats offers consumers a simple guilt-free switch to plant-based meat, which is just as tasty and juicy.”

Genelia added that due to the low availability of proteins in vegetarian foods, Indian households, even though guiltily, include an element of animal protein such as meats, eggs, or milk. Thus, to address the truly vegan market, Imagine Meats is currently working with dairy-free products and a mix of pea protein, soy protein and their isolates.

Moving ahead, the bootstrapped foodtech startup is looking at proteins from fungi, algae, fruits, to diversify their product range, and make the products healthier — “equal to, if not more in protein when compared to animal-based food products,” she added.

Until recently, it was thought that vegans and vegetarians would turn to tofu or other soy products for protein. But experiments, innovation and new product launches show that several plant-based ingredients are protein-rich — potato, pea, mung bean protein and even rice protein are used to make meatless meat and give a chewy texture and juiciness to make it similar to animal meat with less fat.

Last year, we also saw an uptick in plant-based substitute startups and the adoption of veganism. Led by the theory that coronavirus mutated after the consumption of bats, fear of meat consumption became prominent through the rise of other diseases such as swine flu (H1N1), avian flu (H5N1) and bird flu.

Further, according to the Food and Agriculture Organization of the United Nations (FAO), livestock is responsible for over 18% of all human-induced greenhouse gas emissions, second only to fossil-fuel burning.

According to a report by Meticulous Research, the plant-based meat market is expected to reach $74 Bn globally by 2027, the APAC region including India being the highest growth market.

Genelia, also a nutritionist, takes care of all the recipes, working with culinary scientists and chefs, to make the products ready-to-eat, long-term storage-friendly and healthy meals.

Picking The Right Battles Until The Market Is Feasible

Imagine Meats is currently available in Mumbai, Navi Mumbai, Thane, Pune, Delhi-NCR, Bengaluru and Hyderabad. The marketing channels include partnerships with retail stores such as Nature’s Basket, Reliance Fresh, and direct-to-consumer (D2C) sales through its website.

The startup is currently asset-light. It sources its plant-based protein from Poland and the US, ensembles the vegan meat in partnerships with manufacturers “whoever is best in the city we supply to,” as Riteish puts it. And the final supply is through nationalised cold chains.

Talking about other sustainability aspects, most importantly packaging and storage, the couple added that they are currently focused on making the product healthy and price-sensitive.

Further, they are also in talks towards moving to overall sustainability such as plastic-free packaging, and solar-powered cold food storage units, etc.

Without divulging any numbers, the three-week-old startup claims to have an encouraging response from consumers and possible investors due to the unique proposition of the plant-based vegan market.

“That being said, we have some really great people working with us, we are constantly innovating, trying to keep up with the competition, but be the best version of ourselves. As we innovate, add new products, expand to new geographies in India, three months down the line, you will have a better version of Imagine Meats,” the actors-turned-entrepreneurs added.

The startup is also eyeing a larger market share within international markets such as the US, the UK, Canada, the UAE, where Indian cuisines are widely popular.