Been Wondering What A Venture Studio Does? Mohan Krishnan Of Prototyze Explains

Been Wondering What A Venture Studio Does? Mohan Krishnan Of Prototyze Explains 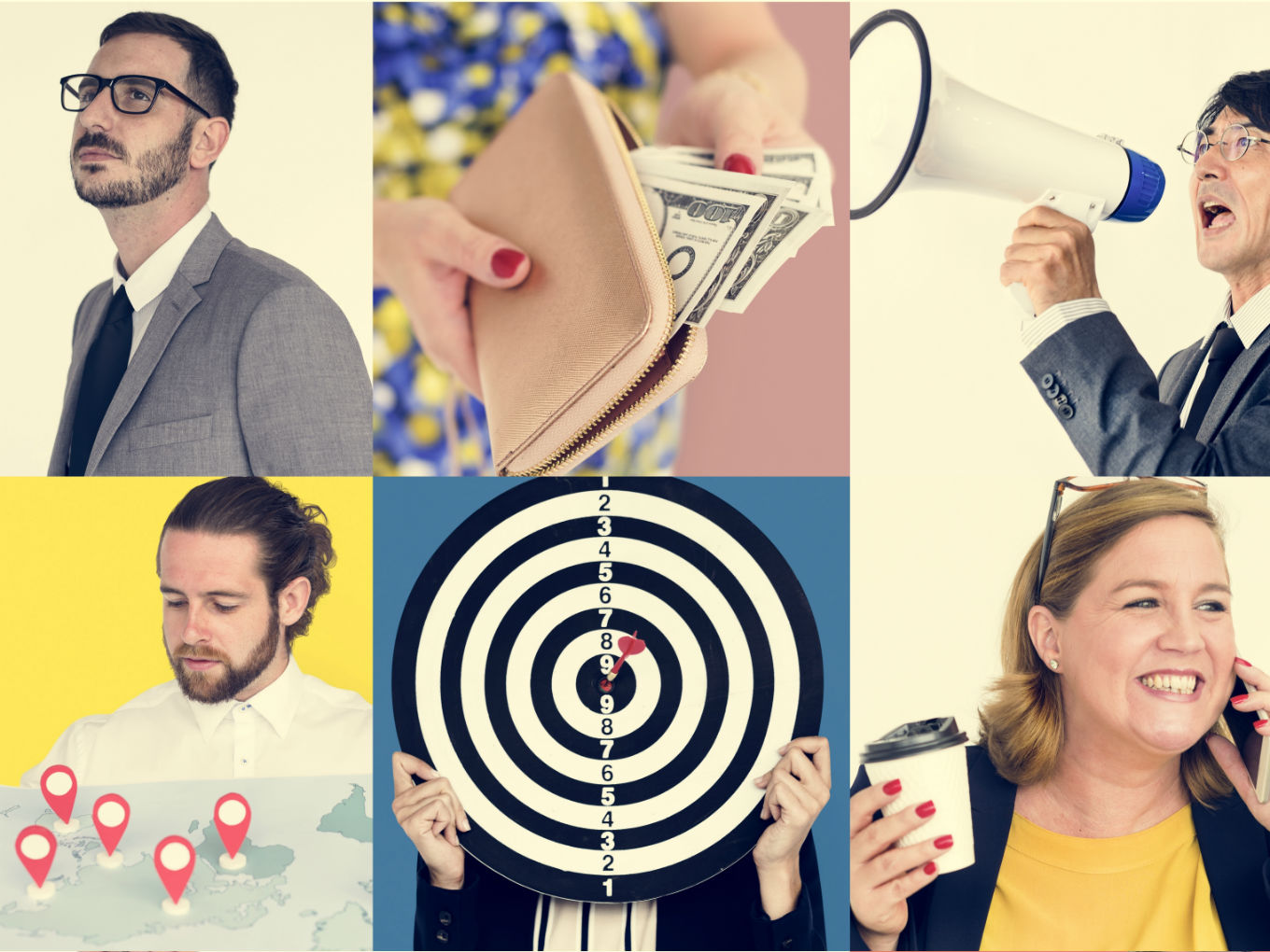 Venture builders seek a significant share in the startup’s equity

Some of the most celebrated entrepreneurs across the globe have been ousted from their own companies for a slew of reasons including not being able to efficiently execute their operational responsibilities. Last year, India witnessed the dramatic departure of first Sachin Bansal and then Binny Bansal from homegrown ecommerce company Flipkart in 2018 in the aftermath of the Walmart takeover.

Silicon Valley has also seen such dramatic exits (and returns) — point in case being Steve Jobs being fired from Apple (he later returned to it), and Elon Musk ouster from Zip2, PayPal and recently stepping down as Tesla Chairman (he remained CEO) to settle fraud charges.

The point we’re trying to make here is that it’s not all about the idea. One may be a fountainhead of ideas, but implementing them on a large scale is not everyone’s forte. There could be many reasons for failure — lack of a skilled team, financial support, product-market fit, and more.

To reduce the odds of failure, there has been an exponential rise in accelerators and incubator programmes across the world and in India. These programmes not offer not only mentorship to startups but also often throw in some funding. However usually, accelerators and incubators such as YC and 500 Startups shortlist startups for these programmes after the proof-of-concept (PoC) phase. The training period could be a few weeks or a few months, depending upon the horizontals and verticals, startups deal with.

Once Demo Day is over, most startups are left at their own to operate. For entrepreneurs who want to maintain their focus on product development and concentrate less on operations, running the entire show with a little fund in pockets becomes a tough task which often leads to startup failure as well.

However, unlike accelerators and incubators, venture studios and venture builders collaborate with entrepreneurs right from the beginning, at ideation phase and cocreate the product. They not only help provide/raise the funding but also expertise to run the business. In return, they take a significant stake in the company.

As part of Inc42 & AWS’s latest series — Hidden Ecosystem Champions, we caught up with Mohan Krishnan, chief product officer (CPO), at venture studio Prototyze to understand how the model works.

Krishnan clarifies that a venture studio is not for everyone, and that there’s not just one right model. “Each model suits different entrepreneurial needs and abilities. If an entrepreneur thinks she can (with a set of co-founders) build a successful company herself, by all means, she should do that. If some other entrepreneur feels that what she needs is specific and short-term guidance, then perhaps an accelerator is better for her.”

Prototyze was founded by entrepreneur Gaurav Jaswal in October 2014 in Goa. Jaswal started his first company when he was just 20. Later, he went on to build and lead a variety of profitable businesses, including partnerships with global companies. His debut digital venture was co-created during the first wave of the internet and was backed by online publisher Ziff Davis. Jaswal previously founded another cluster of knowledge-capital companies called Private Unlimited that boot-strapped into profitability. Thus, a venture like Prototyze was the next natural evolution for him.

So, how do venture builders work? What’s their revenue model? Here’s are some edited excerpts of our conversation with Krishnan.

Inc42: How are venture studios different from accelerators? How does Prototyze function?

Mohan Krishnan: Prototyze is different from an accelerator. An accelerator invests a small amount of money (usually between $25K to $125K), takes a little equity (usually between 6% and 12%), and mentors and guides the startup for about 8-24 weeks. And then it sends the startup off with its blessings. Basically, the model of an accelerator is to take a minor percentage of equity in dozens (or hundreds) of very early-stage startups. And then hope that a few of them survive and grow.

However, as a venture studio, we build our own ventures. Every Prototyze company is born here. As Blenheim Chalcot, a venture builder in the UK, explains:

The founding team of a startup, with the ambition to disrupt an industry, has three main things to worry about — raising money, looking after administration, and building the product. Working with a venture builder means the first two are largely taken care of, leaving the team to focus on rapidly building a valuable product and taking it to market.

“In exchange for all this support, entrepreneurs are expected to give up a higher share of their company earlier in the process… This model has allowed us to stay nimble and create more valuable businesses that solve real customer needs, offering a higher probability of success for all involved,” he adds

We follow a similar model, wherein we have a higher share of the company, which also becomes our source of long-term revenue.

Inc42: How much awareness do you think is there regarding venture studios?

Mohan Krishnan: The venture studio model is relatively new, even in western countries. In India, at best, companies like Growth Story, Ant Farm, and Smile Group follow somewhat similar models. So, awareness of such models is lower as compared to accelerators/incubators.

But, as we see the success stories emerging, there will be increasing knowledge about the model.

Inc42: Who should join venture studios?

Mohan Krishnan: A venture studio is for entrepreneurs who realise that they can’t start a venture themselves either because they’ve realised that they don’t have the spectrum of skills to make it possible alone, or because they can’t take the extreme risk of being at zero salaried and investing the kickstart capital themselves.

The only person who should join us is the one who fiercely wants to be an entrepreneur. And believes that Prototyze can enable entrepreneurial success that he/she may not have been able to achieve on his/her own.

Inc42: How many startups have joined Prototyze so far?

Mohan Krishnan: Till date, five startups are part of the venture studio model. We’re sector agnostic. We’re keen only on ventures in which we have a foreseeably competitive advantage and which serve a (probably) perennial need. Basically, we try to build sane, sustainable companies that we’d be proud of for years.

The five ventures we have started are:

Inc42: Your thoughts on the state of the Indian startup ecosystem and the journey of Prototyze along with it

Mohan Krishnan: We think there is a more nuanced view to this that requires more discussion and space than this article. While there a number of startups in the country and many that are doing well, we are yet to reach the stage where startups are creating a visible economic impact (whether revenue contribution or employment generation) that the likes of say an HDFC Bank or an Infosys or TCS have been able to do over the years.

We have been in Goa for nearly 20 years now and grown to over 200+ people in that period, many shifting outside Goa. We can humbly, and maybe proudly, say that our presence has catalysed many other ventures — whether it’s some of our alumni who have launched startups such as Vacation Labs and Brown Tape or companies such as 91SpringBoard that moved their headquarters to Goa after speaking to us. Others such as Delhivery have also moved their product and tech setup to Goa.

We are also actively engaged with the Goa government and registered under their Goa Startup Policy and also the Goa Technology Association.

Inc42: Policy issues that need to be fixed in India

Mohan Krishnan: While the broader motive behind the inclusion of Section 56 (2) (viib) in the Income Tax Act to curb black money transaction is understandable, it does lead to the angel tax question. There are other aspects such as taxation of ESOPs at a time of exercise (and not sale), double taxation issues that arise during any sale of equity share that also ends up creating challenges. Even the 2017 ruling on the transfer of shares below the book value creates challenges when we legitimately want to transfer shares to employees.

Our general philosophy — and it may sound naïve — is that the government comprises highly credentialed, reasonable individuals, and if we explain the challenges clearly to them, they will hear us out and work towards a solution. Incidentally, we also got a notice for one of our ventures on the angel tax, but we explained our business model, our valuation and the credentials of our investors, and the income tax officers heard us out and didn’t pursue the case.