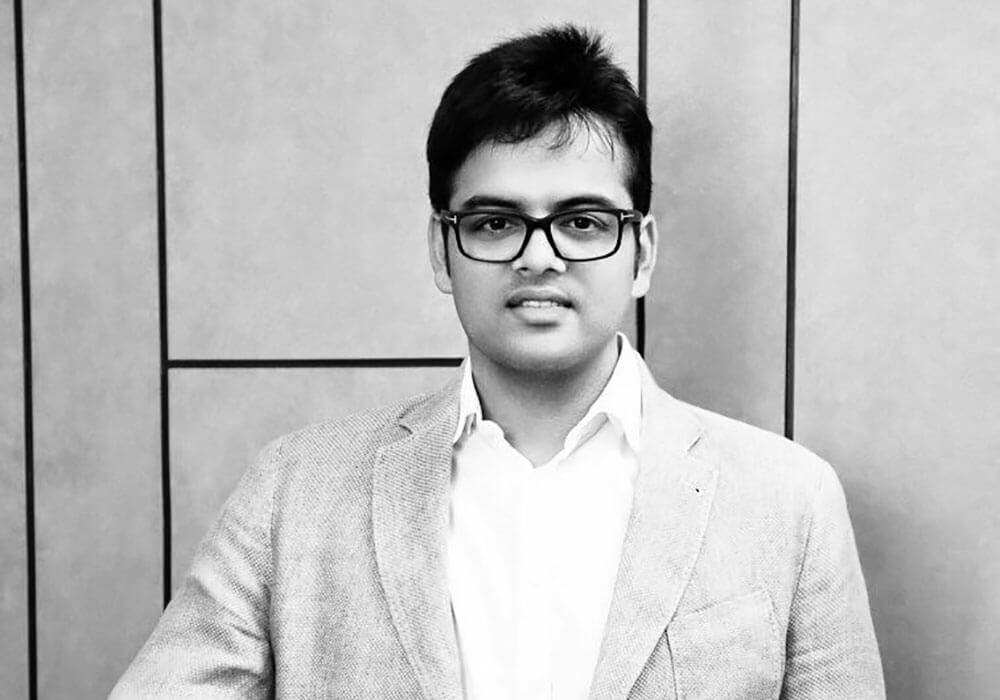 Anirudh Damani, the fourth generation investor of Artha India Ventures, the family office of former BSE director Ashok Damani, is all set to begin his journey as the Managing Partner of Artha Group’s first institutional fund, Artha Venture Fund-I in 2018.

While the reports of the fund launch surfaced a few months back in 2017, the fund is still awaiting the final nod of SEBI to receive a category-I license. However,  Anirudh revealed in the conversation with Inc42 that, “Artha Venture Fund has already received over 100 startup investment proposals, which we are hoping to convert into 10-12 investments in a year.”

In order to learn more about the Artha Venture Fund, Inc42 caught up with Anirudh Damani to gain some insights into his journey as an entrepreneur, investments made so far by Artha India Ventures, inspiration to set up a venture fund and many more.

Anirudh Damani: The Journey From An Entrepreneur To Setting Up A Venture Fund

Anirudh’s entrepreneurial journey began long back in 2009 when he and his two buddies took over the debt-ridden Pioneer Energy Resources (PER) and turned it profitable. This marked the first successful milestone in his career. Furthermore, he spearheaded the expansion of PER into Dallas, Houston, Corpus Christi and McAllen in Texas.

In 2013, Anirudh left Texas and PER to return to India. This is where his journey as an investor began. Damani set up the Artha Group of Companies that focussed on energy consulting and also started early-stage investments via Artha India Ventures in 2014.

He invested in startups like OYO, BookMyCab, Hotels Around You, Shabdanagari, Vista Rooms,  LenDenClub, Gram Vaani, Purple to name a few.

His wise selection of startups to invest into gave him early reaps too. For instance, OYO in which he invested in 2011, gave him over 150 times return on his initial investments. This was followed by decent exits from companies like Instasafe, Siftr, BookMyCab, etc.

So, what exactly has been Anirudh’s exit strategy so far?

To this, he answered, “A lot of time, it depends upon the exit offer that is on the table. If someone is willing to pay me today with a proposal of what that company would give me in the next five years, I will make my exit today. Also, a critical role is played by the descent at which the business is growing. If it is at a stage where we can still offer our guidance and are useful, we will continue to help the founders and financial considerations would become secondary.”

Anirudh Damani’s Artha Venture Fund-I is an institutional fund which is expected to raise $31.5 Mn (INR 200 Cr) and has a green-shoe option of $15.7 Mn (INR 100 Cr). It will be a close-ended fund for a period of seven years with the option to extend by up to two years.

The fund is being sponsored by Artha India Ventures and Singularity Ventures. Singularity, led by Yash Kela, is sponsored by the family office of Madhusudhan Kela, who managed more than $35 Bn capital in the Indian public equities in his previous role as the Chief Investment Strategist at Reliance Capital.

As Anirudh reminisces, “The idea of Artha Venture Fund’s genesis is credited to Yash only, as he helped us analyse our investment data so far. One question that I asked myself at that time was, ‘Have I been able to return money to our investors?’ And upon analysing the investment data, we found that we had not only returned the principal amount but we had also given our investors handsome returns. We also found the remaining value of the fund to be upwards around 50%. Adding to the good news was  a positive feedback from the industry and a few LPs which gave us a lot of confidence to float the venture fund.”

In his endeavour, Anirudh is also joined by Vinod Keni as the Growth Partner.

With Artha Venture Fund, Anirudh is looking for startups with innovative and disruptive business models that have a high growth potential and a team that has the ability and experience to execute their plans. “We have daily meetings at our office with startups who apply to us. On a daily basis, we receive 25-30 applications.”

As he revealed further, there are three basic checks done at the initial meetings which include identifying if the founders have a clear understanding of their market; whether they are catering to the needs of large masses and if the team has the experience to solve the problems they are targeting.

Anirudh further insisted that, apart from being just financial investors, Artha Group adds a unique value to its portfolio companies with its active management style. “We try to invest in the KPIs and KRAs, which basically give an overall view of what is happening inside a company. All the decisions are backed by data which gives a real-time idea of where the overall business is going,” he added.

Also, the portfolio companies get access to Artha Group’s widespread network. Be it marketing, leadership, training, finance or fund management, a large group of venture investors, founders and professors is available for the startups to take assistance from for solving their issues.

As Anirudh stated, “The entrepreneurs in India are quite young compared to the ones in other countries and our current education system basically has taught them on how to get a job and not to run a venture. When you are investing in an early stage company, you are working with founders who have very limited understanding of what early stage investing is all about. And as an early stage investor, you can not just invest the money and relax. Instead, a lot of coaching and mentoring needs to be provided helping them through some of the entrepreneurial decisions, that they have to go through.”

Since its launch in 2013, Artha India Ventures has made 50+ portfolio investments and has participated in over 100 funding rounds.

Being a sector agnostic fund, Artha India Ventures has made investments in multiple sectors including ecommerce, consumer Internet, hyperlocal, tech and more. Also, the company has participated in follow-on funding rounds for many of these startups.

Here is a brief analysis done by the Inc42 Data Labs team on the funding trend of Artha India Ventures in last five years.

So far, Artha India Ventures has done majority investments in enterprise and ecommerce segment. This is followed by online travel, social, AI and Big Data startups.

In terms of location, Mumbai grabbed the maximum 23 investments from Artha India Ventures. While the rest got divided between Pune, New Delhi, Bengaluru and the USA.

The fund is expected to get the Category-I license in the current year. Through Artha Venture Fund, Anirudh aims to make small-ticket size investments in around 40-45 startups. The funds will be disbursed across three stages with ticket sizes ranging between $157K (INR 1 Cr) and $1.1 Mn (INR 7 Cr), and giving total commitment to each company over the three rounds varying from $1.5 Mn (INR 10 Cr) to $1.89 Mn (INR 12 Cr).

“Also, we will look for companies in which we can make follow-on funding rounds in the next five years,” added Anirudh.

Anirudh also stated that, with over 55 investments so far, Artha India Ventures has already received exceptionally high returns from its investment in OYO and a few more exits are in pipeline for the year 2018. Also, there are companies like Tala, NowFloats, Exotel, Confirmtkt, which have done well and Anirudh aims to further hold the equity in long term.

On a concluding note, Anirudh added, “We receive ~700-1,000 deals for evaluation each year, but only invest in 10-15. Many of the ideas by startups  we evaluate border on the ludicrous. I came across a startup that was selling vests (yes, ganjis) with zipper pockets, which was looking to raise venture capital. Did I mention they had a patent for man’s greatest invention to fight sweat? Some ideas sound great until we realise that we are being sold just that — an idea.

“We appreciate entrepreneurs that have put in thought, research and their own money to start up – it shows skin in the game. However, before you start up, ask yourself whether you are doing this for the glamour of securing funding or to build a sustainable business.”

As observed by Inc42 Data Labs, over $202 Mn was invested across 515 deals in seed funding in 2017. However, at the same time, a quick look at the funding data from 2014-2017, asserts that the most significant fall in the funding activity has been witnessed at the seed and early stage itself.

The seed funding deals which constituted 64.1% of the total deals in 2016 fell down to 58.03% in 2017. The 2016 funding winter not only made investors cautious but also led to the launch of less number of startups. Idea stage funding also took a downturn.

But with the advent of the year 2018, a significant stability is being observed in the Indian startup ecosystem. Probably, it is the right time to hit the seed stage funding crisis and encourage more entrepreneurs to fulfill their dreams with initiatives such as Artha Venture Fund-I. Going ahead, it will be worth watching how well his ambitions are served with Artha Venture Fund in the long run.

Note: Artha India Ventures is an investor in Inc42.