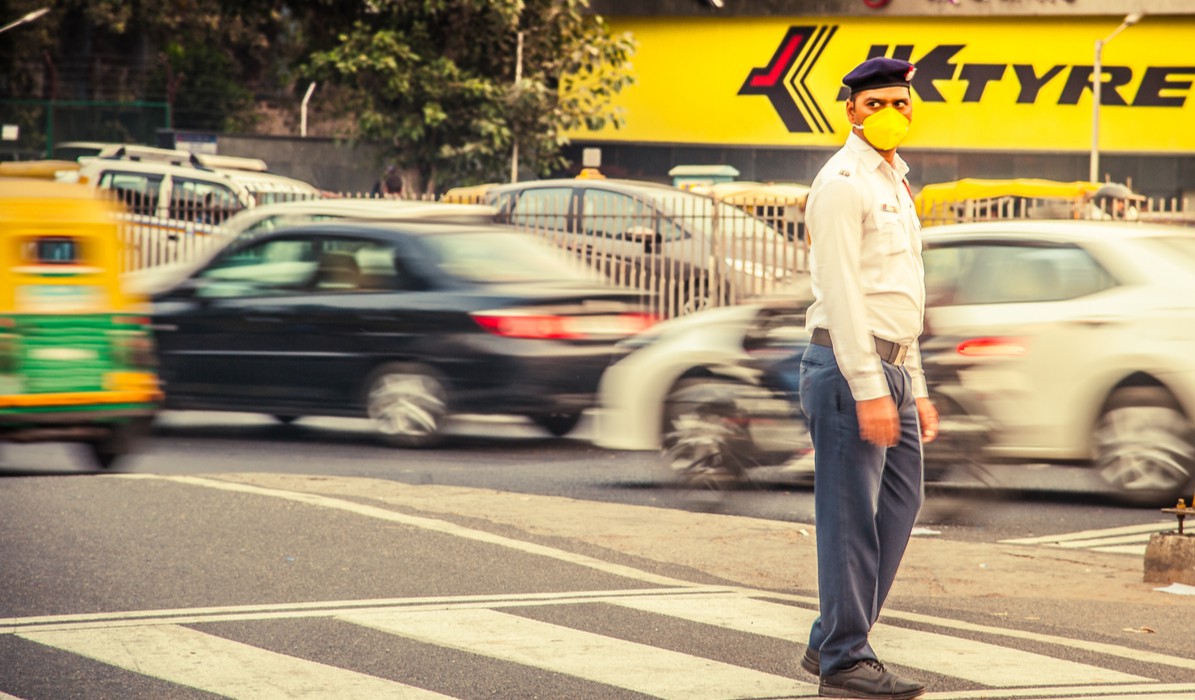 Thanks to high-speed winds and odd-even scheme, Delhi’s air quality index (AQI) has moved from ‘hazardous’ 999 figure on November 3 to ‘very unhealthy’ 266 at 11:30 AM on November 7. Ironically, despite the ‘very unhealthy’ status, this seems to have become the new normal for India’s capital.

As in the past, the Delhi government has taken many steps to help battle pollution. First, it educated citizens on not bursting fire crackers during Diwali — with little impact. And then it also announced the odd-even scheme again, which had divided public opinion last time and did this time around too. Even ride-hailing companies Ola and Uber jumped on the bandwagon.

Seeing an opportunity to earn some goodwill, both ride-hailing services decided to remove surge pricing on rides across Delhi NCR for the duration of the odd-even scheme. Seems noble on the face of it, but it’s hard to view this as anything but a discount during a high-demand season as seen in the case of ecommerce and Diwali.

Interestingly, Uber went a step further and launched a campaign called #LeaveYourCarBehind. That’s something it could only afford to do because of the Delhi government’s exemption to ride-hailing operators even during the odd-even rule.

As ironic as it is to promote car rides along with a scheme that aims to reduce vehicular traffic, Uber claimed that the campaign aims to raise awareness about the impact of using personally-owned cars on the city’s air quality. It said it wants to encourage citizens to come together and share rides to reduce reliance on individual cars and pave the way for cleaner and more sustainable cities.

But does ride-sharing really have a major positive impact on the air quality? And does driving your personal car really mean you are adding to the pollution more than a cab in a ride-hailing fleet?

Not according to Regina Clewlow, a transportation researcher at UC Davis, who pointed out the obvious to Wired. “It doesn’t matter who owns the vehicle. It matters how many miles are driven on the road. So me swapping out a trip that I would have driven myself for a trip that I’m riding in is still the same number of miles.”

She went on to add that the miles travelled in the case of ride-hailing may be even more, if one accounts for the miles travelled by cab drivers between bookings or when they travel without passengers to a desired location with high potential for riders.

Responding to this aspect of ride-hailing, an Uber spokesperson told Inc42 that its ride-sharing service UberPOOL ensures that more people are travelling in fewer cars, leading to de-congested roads, cleaner air, a lower carbon footprint and less time spent travelling from A to B. Uber India even likened it to public transport, which is a stretch of the imagination.

According to the company, uberPOOL has helped save more than 200 Tn kms travelled and helped in curbing over 36,537 tonnes of CO2 emissions in India.

However, a 2018 global study commissioned by Uber and Lyft found that ride-hailing accounts for up to 8-14% of vehicle miles travelled (VMT) in the US cities surveyed. The study also looked at the split between VMT with a passenger versus VMT with no passenger in the vehicle (popularly called deadheading). According to the findings, on average 54%-62% miles were travelled with a rider in the backseat as compared to one-third of VMT was from deadheading. It would be reasonable to assume that these numbers would vary for a market like India, which is far less mature when it comes ride-hailing.

Ola also campaigned for its shared mobility offerings in wake of recent public health emergency due to the air pollution in Delhi. Ola’s chief sales and marketing officer Arun Srinivas said in a recent media statement, “implementation of the odd-even scheme offers an opportunity to further unlock the potential of shared mobility.”

Both Uber and Ola refused to tell Inc42 how many carpooled rides are actually running full capacity, which is the real question. A carpool ride with just one or two riders is not all that efficient, after all.

A source close to Ola told us that the company is not only promoting cars, it’s promoting the whole stack of services which include autos and bikes as well. While autos run on compressed natural gas (CNG), most bikes run on petrol.

The source added that “Ola Share” is a very popular option in Delhi NCR during peak office hours, as it makes last-mile commute easier for riders. They also added that for someone who is accustomed to travelling in their own car, the shift to public transport is too high a jump and hence shared cab ride is a first step towards sustainable mobility.

However, this argument comes with an assumption that all ride-hailing riders own a personal car, however, according to Economic Survey 2017-18, Delhi has 556 motor vehicles for every thousand people. Of which, four wheelers were reported to make 30%, while two-wheelers made 64% share of the 1.03 Cr vehicles on Delhi roads.

The source went on to argue that because shared cab rides allow multiple people to travel in the same car, these can also be looked at as public transport. In a city like Delhi that has an extensive metro and bus network, four people travelling in a car sounds more like a road trip than public transport. During the odd-even scheme Delhi Metro is conducting a total of 5.1K daily trips through 294 trains along with 7K city buses – a carpool ride cannot measure up to this and if it matched this volume, it would still be causing more pollution than the alternative public transport options.

With Ola and Uber committing to offer cheap rides during the odd-even scheme, the conversation has somehow shifted from bringing down pollution levels to fulfilling the car demand created by the scheme. The cheap rides are actually an incentive to use cars for shorter distances, at the expense of a CNG-powered auto.

The source close to Ola told Inc42 that the company is not capitalising on odd-even scheme, as it is not making any extra money through the scheme. Surge pricing has been removed across Delhi NCR and hence, its services are being offered at the same cost.

Uber too removed surge pricing during this period but its #LeaveYourCarBehind campaign seems ironic and indicates that it’s ok to leave a personal car behind as long as you are using an Uber — even if it’s an UberPOOL ride running under capacity.

The severity of the situation can be felt by the fact that even two air purifiers running through the nights were not able to bring down the air pollution levels below the unhealthy 200 range.

In such a time, the only sustainable solution seems to be the use of green fuel vehicles in the ride-hailing fleets. While, Ola has been betting big on its vertical Ola Electric, the induction of EVs in Ola’s fleet is yet to be formalised.

However, an Inc42 source confirmed that the company is currently running EV pilots across the country but due to the lack of charging infrastructure the full throttle launch is still under works.

Uber too stressed on the company’s commitment to bring more efficient and electric vehicles to the market. “We have partnered with  Sun Mobility, Mahindra & Mahindra, Bajaj, Yulu among many others to bring the benefits of electric vehicles on our platform,” its spokesperson added.

As long as the Ola and Uber continue offering cheap and easy access to ICE-engine powered cars that burn fossil fuels, it is hard to imagine how simply moving to ride-sharing is actually going to do anything to promote greener mobility or in bringing more people to use public transport happen in the densely-populated metros such as Delhi.

Earlier version of the article mentioned Ola’s ride-sharing as ‘Ola Shared’, it was later changed to the correct name ‘Ola Share’.