UPDATED: Apology Note to our Readers from Inc42

UPDATED: Apology Note to our Readers from Inc42 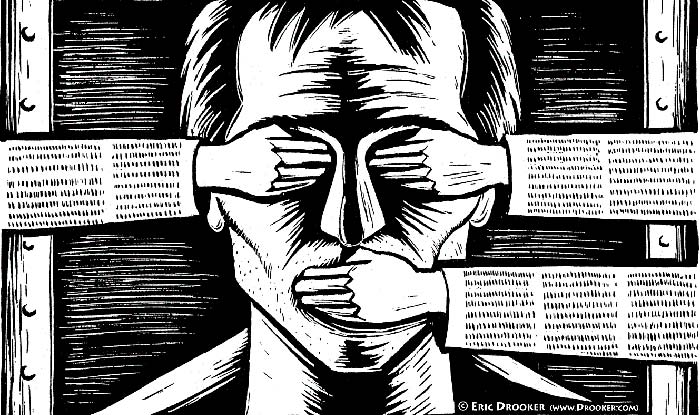 UPDATE: At the time of writing this story,  we  reached out to couple of largest startup and tech online media players. We are sharing below what Steven, Editor at TechinAsia thinks on this subject of fair journalism in Startup media.

Tech journalism has very rightly come under a lot more scrutiny in the past couple of years as the startup ecosystem – and the media around it – becomes more mainstream. However, is a large swathe of startup coverage just cheerleading some kind of ‘brave new world’ of techie entrepreneurship? Sadly yes. Imagine a newspaper or TV news channel that’s a cheerleader for politicians – it’s simply nauseating. So too should be the same notion for any blogger/reader when it comes to startups.

Startup folk and entrepreneurs, however, still expect a free pass from the specialist tech media. To make the situation tougher, many entrepreneurs don’t really understand how the media works or how they should engage with it. In my experience, that leads to a lot of mishaps on the part of entrepreneurs when issuing news or trying to drum up coverage.

When some news or information slips out, it’s the duty of any tech blogger to check the veracity and then report on it. Though a startup might protest that it’s inconvenient, that’s irrelevant to the core principles of a journalist. For a writer in possession of a fact, there’s no going back, there’s no unwriting; for the reader, there’s no unseeing.

No matter who or what is the subject matter – a politician, a celebrity, a minor entrepreneur trying to make it big – the article is written for the reader and the people involved are held accountable according to the facts.

Earlier today we did a story on a startup raising funds through an online fundraising platform called LetsVenture. However, the story is no longer available on our website as we have taken it down, a hard and conscious decision we took after discussing it internally.

Before we get to the reasoning on why we published the story and why we took it down, we would like to apologise to all our readers for taking the story off.

Why We Did The Story

We got to know from a close source to the development that the startup in question had raised funding via LetsVenture. We confirmed with the people who were aware of the development and with the founder, though there were a few mixed and diplomatic responses. We still went ahead as we had sureshot data that the fund raising was going nearly done on the platform.

A few hours later we learned, that the funding was in the last stages and was going through some paper work. We updated the story with the same saying:

“Update: Though the round seems to have closed on LetsVenture’s platform, as per our sources close to the development the funding process is still in its last stages and shall be completed by sometime next week.”

Why Was it Pulled Down

Later today we got a number of mails from some of the people involved in the process that the story was turning out to be a roadblock for the fundraising process and thus hurting the startup’s funding chances. We did not want our story to be the reason for a good startup not being able to raise it’s funding and hence after an internal discussion, pulled down the story and decided to let our readers know about the same.

During the past 12 hours, since we published the story, we exchanged a number of emails, phone calls with the people involved with the development. According to them, reporting a story without the prior permission of the founder/startup/involved entities is unethical, implying that we should only write on what people approve off. Seriously?

Also one more interesting thing we were accused of during the course of these conversations – We are doing unethical journalism and disservice to the startup culture by not glorifying it and hence as an outcome we might be kicked out and slapped by (people in) the startup ecosystem. Really will that be the case if we break stories on which people do not agree with us?

We believe that the media is not supposed to be just a mouthpiece for ecosystem but also a critique. It does not exist to just glorify and sugar coat everything, but to present the facts, whether they may be positive or negative.

We do not aim to write stories to please startup founders, investors or other people as was suggested to us as what our goal should be. We aim to write on what’s really happening in the ecosystem, backed by accurate and credible data.

That’s what journalism is to us – bringing forward the real stories in front of the public.

Now we’d like to ask you, as our readers, your opinion on this and what you think is the role of the media and what is, according to you, journalism.