Falguni Nayar, the founder of unicorn ecommerce platform, along with her husband Sanjay Nayar, their children Anchit Nayar and Adwaita Nayar hold 53.5% share in the startup

With Nykaa IPO, Falguni Nayar will become the first Indian woman founder to take a company to the public market

Unlike most of the Indian startups that have filed draft red herring prospectus (DRHP) with the market regulator SEBI for an initial public offering (IPO), promoters of FSN E-commerce Ventures Limited, the parent company of fashion ecommerce platform Nykaa, continue to hold over 50% of the share.

Falguni Nayar, the founder of the unicorn ecommerce platform, along with her husband Sanjay Nayar, their children Anchit Nayar and Adwaita Nayar hold 53.5% share in the startup.

The ecommerce platform’s offer include a fresh issue of shares up to worth INR 525 Cr and an offer-for-sale of equity shares upto 43,111,670 equity shares, meaning the existing shareholders will secondary sell their shares.

Founded by former investment banker Falguni Nayar in 2012, Nykaa has managed to emerge as a go-to-ecommerce platform for fashion products. The company competes against the likes of ecommerce heavyweights such as Amazon, Walmart-owned Flipkart and online grocery platform Bigbasket, among others.

Nykaa entered the coveted unicorn club last year when it raised INR 100 Cr ($13 Mn) from existing investor Steadview capital at a valuation of $1.2 Bn. It is among a handful of tech companies or startups such as MapmyIndia, ixigo and CarTrade that are profitable and are going to try their fate in the public sector. 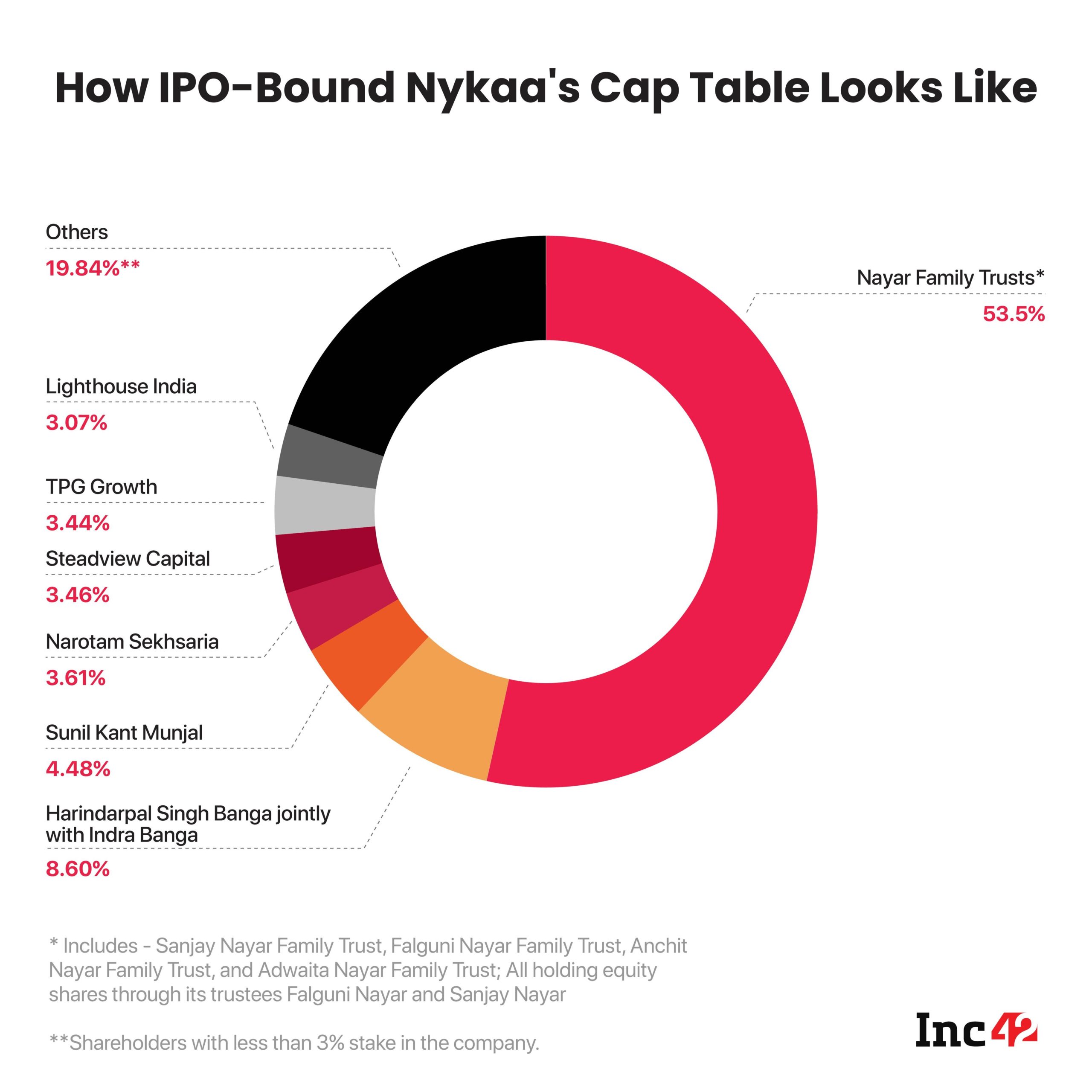 Harindarpal Singh Banga, Chairman of The Caravel Group along with his wife Indra Banga, are the second-largest shareholders after the Nayar family, with 8.60% share in the startup.