Jim Norton And The Art Of Making People Laugh

Jim Norton And The Art Of Making People Laugh

Jim Norton Is A Successful Standup Comedian With A Netflix Show 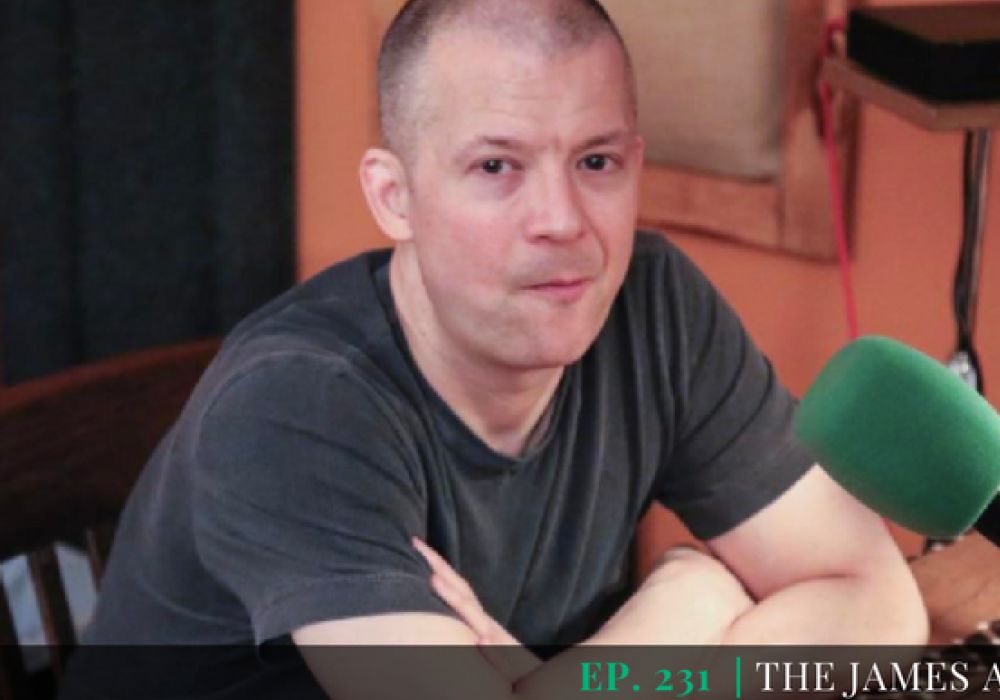 Jim Norton is the reason why I do podcasts. First, he’s a world-famous comedian, recently released a one hour special on Netflix, has been on shows like “Louie” and “Inside Amy Schumer” has written two New York Times bestselling books and has appeared on countless radio shows and podcasts.

But just as interesting to me…we grew up together. The first day Jim moved into town we were in fourth grade. Rather than keeping his mouth shut like anyone else just moving into town he immediately started making everyone laugh.

Day one we were laughing so hard I thought my stomach was going to break. We all said out loud that day (Jim doesn’t remember but I do), “you should be a comedian”. And he did. He did!

I like when my podcast combines the personal and the professional. Combines my own story with the story of someone achieving peak performance in an area of life that I love.

Comedy is about observing the hidden truths in life that everyone knows but nobody has ever quite articulated. And standup is about how to articulate that truth in such a way that people feel momentarily unsafe and confused (the setup), and relieved (the punchline).

But that’s only one theory of comedy. There are many. And so I wanted to try it for myself. I’ve been doing it now a few times a week for two months.

It’s hard! It’s the most difficult thing I’ve ever tried to get good at.

So I asked Jim, who has been doing it all of his life, to come on the podcast. Here are some things I learned:

I told Jim I was afraid to bomb. To tell a joke and have nobody laugh.

“Bombing is what we learn from the most,” Jim said. “It’s not about how to avoid bombing. You will fall flat all the time. It’s about getting up after that.”

“I left myself no safety net,” he said. “I started when I was 21. I didn’t have a diploma. I got a GED three years after I got sober. I have no high school diploma… So I knew it was going to be this or nothing.”

Sometimes to survive the biggest pains on the way up, you have to fly without a safety net. You have to fall. The way to hit the top tier in any area of life is to figure out where the line is, and go beyond that line.

Find Time To Laugh At Yourself

Comedy is about connection. You tell something about your life, something honest and true and usually uncomfortable.

The comedians job is to transform your pain. Like an alchemist.

“I make fun of myself,” Jims said. “I give my own personal examples, but I think if I’m doing that at least I’m being truthful and I’m not coming from a place of thinking I’m better than that guy… like who am I?”

They laugh because it’s a safe way for people to experience their own demons. You can get close enough to the shadows of your life without the fear of being overrun by guilt or shame.

Jim Norton And The Umbrella Theory

Jim just started writing another book. He’s on TV. He’s touring. He’s got a radio show (Jim Norton and Sam Roberts on Sirius), he has a podcast.

He works with incredible talent. And is always looking for new material from his own life.

“You can’t just be lazy,” he said. “I talked to Chris Rock recently and I know it sounds like I’m name-dropping, but I’m not.”

We talked about Chris Rock’s career. He stopped touring. He hadn’t been on the road for seven years. But yet you still hear his name all the time. He’s hosting the Oscars, testing out material at clubs, etc.

To succeed in any area, right now list all the things that are skills in that area. Make sure you spend some time trying to master all the granular parts of the field you want to be unique in. The ones who master the “umbrella” of their field are the winners.

Is Your Heart In It?

I’m going on stage once or twice a week now. I’d love if you come.

Most of the time, the audience doesn’t know me. It’s hard to set that foundation. I want us to all be in it together. I asked Jim what three things should I do?

Number three is true for any dream…

Catch The Cycles Of Comparison

I don’t have a solution to every problem in my life. I think that’s why I’m still writing… seven years after starting this blog, I’m still confessing.

Jim and I talked about comparing ourselves. I make this mistake daily. I look around and see who’s on the front-page of my dreams today.

“I always want to achieve what I’m not achieving,” Jim said. “I never feel like I’m doing well.”

I think everyone has a tendency to wonder, “what’s next”. This is sort of the problem with goals. You achieve a goal and it always seems anticlimactic because now you have to work towards the next goal.

I ask myself this because since 2003 I’ve written 18 books. I’ve done at least one, sometimes two books, every year since 2003.

Until now. This is the first year I’m not working on a new book. I haven’t felt the urge so I won’t force it. But I have felt the desire to get better at other things and achieve other things so rather that keep to the routine of writing another book, I’m trying to achieve success in these other areas.

Although Jim and I went to school from ages 10 to 18, I hadn’t seen him in 31 years until he walked into the podcast studio.

What a pleasure to combine the deeply personal with my professional passions. The result is always so much better as well. Because we have the story and the rapport, and we can get right down to learning the topic I love best: how to achieve peak performance in any area of life.

But seeing a friend for the first time in 31 years. That’s why I love to do this podcast.