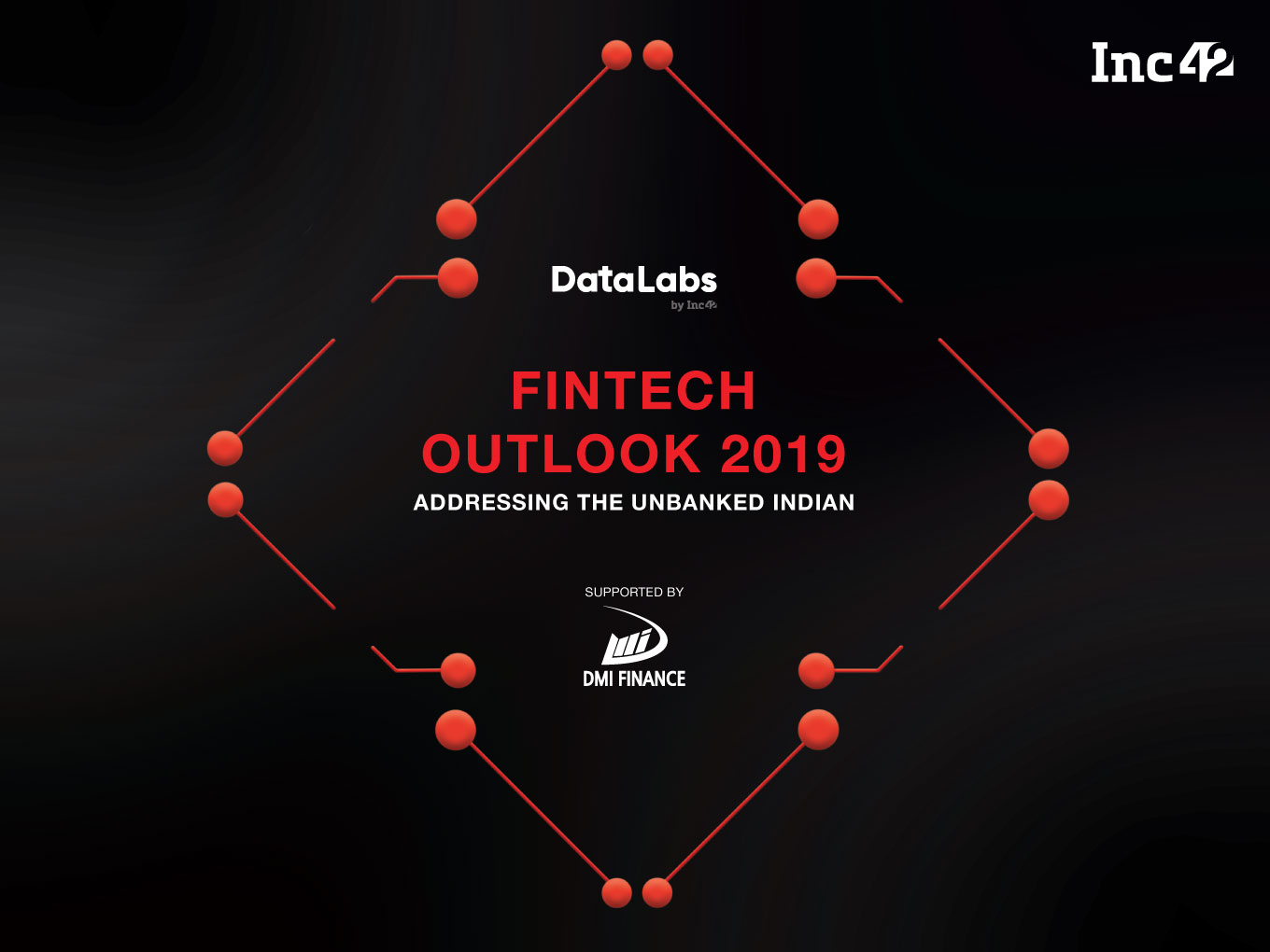 DataLabs by Inc42 has encapsulated fintech trends and insights in its “Fintech Outlook 2019: Addressing the Unbanked Indian” report

The maturity of the Indian fintech startup ecosystem is best seen through the success of India’s leading startups in other sectors. Flipkart would not have achieved the milestones without digital transactions and improved infrastructure around payments. The same goes for food delivery platforms such as Zomato and Swiggy, or hyperlocal platforms such as Dunzo or UrbanClap.

Fintech penetration in urban India has propelled many other sectors

Even as it has helped revolutionise a number of other industries, the fintech startup ecosystem in India has also witnessed a serious transformation itself from 2014 to 2018. The total funding in this period surged 8.67x from $164 Mn in 2014 to $1.42 Bn in 2018. In the same period, the number of funded startups increased 3.43x from 30 to 103, according to DataLabs By Inc42’s latest “Fintech Outlook 2019: Addressing the Unbanked Indian” report.

However, in recent years, the increased internet penetration after the advent of Reliance Jio along with the proactive approach of the government to increase digitalisation, the venture capital confidence in lending tech sub-sector has increased dramatically within the fintech sector, as revealed in DataLabs By Inc42’s latest “Fintech Outlook 2019: Addressing the Unbanked Indian” report.

Utility over accessibility is the right approach to measure the degree of financial inclusion in a country. The utility can only be achieved when the consumer sees value in using fintech products or services, over traditional financial products. So far, the value creation from digitalisation of finance is not very clear in the minds of the Indian consumer, which is definitely a big growth hurdle.

One example of this is the Pradhan Mantri Jan Dhan Yojana (PMJDY), which sought to improve financial inclusion by creating bank accounts for the unbanked audience. As of 2018 after the programme’s launch, India had a total of 180 Bn bank accounts, out of which more than 48% were dormant accounts i.e without a single transaction in a year, according to World Bank data. This shows that despite having initiatives in place, India needs more action to ensure more than lip-service for financial inclusion

The launch of Reliance Jio’s 4G services in 2016 played a vital role in increasing the internet subscriber base in India. The number of internet subscribers in India surged by 54.28% from 2016 to 2018, from 391 Mn to 604 Mn. Easier access to the internet means the total addressable market for the fintech startups operating in India is also growing at a good pace.

While the access to internet problem was solved by Jio, there’s still a big urban-rural digital divide, which is greatly hampering fintech growth.

For customers, the utility of fintech products beyond urban India remains comparatively low. As per World Bank, as of 2017, only 2% of the rural population had used the Internet to pay bills in the last year, whereas only 26% of the rural population owned a debit card. Online bill payments and debit cards are very fundamental applications of financial technology, and the low utilisation of these fundamental applications reflect the poor adoption of fintech products in the rural areas of India.

In comparison to India, China which has similar socio-economic parameters as India had a better adoption of fintech products in the rural region. As of 2017, 34% of the rural population of China had used the internet to pay bills, and rural debit card ownership was 63%.

The urban-rural divide in terms of fintech adoption in India is not the only disparity prevalent in the country. The gender disparity in terms of fintech utility among the male and female population of the country is also evident. As of 2017, India had the highest penetration of female dormant accounts (i.e. accounts with no financial activity for a long period) at 42% of all female-held accounts. In contrast, the dormancy rate for male-held accounts was 35%. The greater incidence of dormant accounts among women customers indicates a shortfall in utilisation of financial resources among this section of the population, which is a major problem in the Indian context.

These trends and a plethora of other data-driven insights from the booming fintech industry of India are presented in the Fintech Outlook 2019: Addressing the Unbanked Indian Report.

The special report also provides a detailed analysis of the impact of the Indian government policies towards improved fintech penetration, financial inclusion and the reasons behind the lack of progress on those fronts.