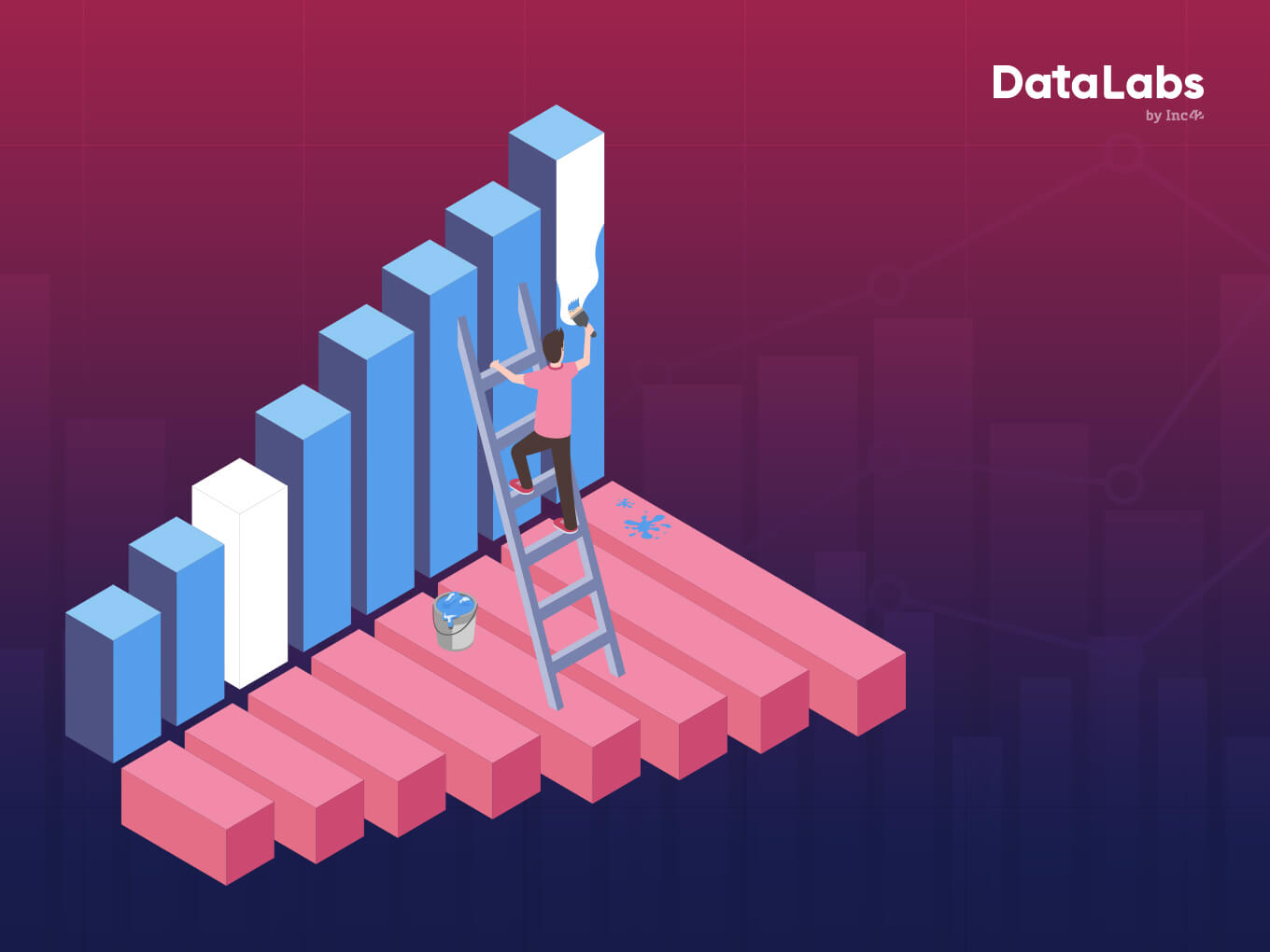 As per DataLabs by Inc42 analysis, the period from 2015-2017 can be called the golden age for Indian startups

Has the Indian startup ecosystem hit a wall in terms of investments?

The spirit of entrepreneurship might be an age-old affair for Indians but the advent of a formal tech startup ecosystem in the Indian economy happened only after 2010. This can be ascertained from the fact that the establishment of venture capital firms had surged 3x from approximately 35 VC firms from 2000 to 2009, to 107 in the post-2010 era (2010 to Q3 2019). As per an analysis of a sample set of 142 venture capital firms, 2015 witnessed the highest surge with 22 VC firms being established in the year.

The interval between 2015 and 2017 can be termed as the golden age for the Indian startup ecosystem. To justify this nomenclature there are multiple indicators such as out of the total $55 Bn worth investment into Indian startups between the period of 2014 to Q3 2019, 52%($28 Bn) was invested during 2015 to 2017.

Post-2017 we have seen an overall downfall in the investment activity of Indian startups. This can be ascertained from the fact that two crucial indicators of startup economy — the number of funding deals and count of unique startups funded, both witnessed a downfall of 18% and 22% respectively. On the macro level, a slow down in the investment activity of the Indian startup ecosystem is also evident by looking at the compounded annual growth rate (CAGR) of the mentioned indicators. Taking 2015 as the base year both the deal count and the number of unique startups funded are diminishing at the rate of 6% and 7% respectively.

The Base Year Dilemma In The Indian Startup Ecosystem

The transition of the Indian startup ecosystem from the nascent stage to maturity happened between 2014 and 2015. The number of funding deals, as well as the count of unique startups funded, witnessed an exponential surge of 2.5x and 2.6x respectively in this period.

In 2014, the overall capital inflow into Indian startups was limited to $5 Bn across 370 deals and only 336 unique startups were funded. The following year, the value of capital inflow surged 1.7x to $9 Bn whereas the count of funding deals surged 2.5x from 370 to 982, similarly, the count of unique startups witnessed a surge of 2.6x from 336 to 840. This growth spurt in all the crucial indicators of the startup economy indicates that any analysis using these two base years can have a skewed effect on the overall outlook of the investment activity.

In the above calculations out of the three major indicators— funding amount, deal count and unique startups funded — only deal count and unique startups funded are taken into consideration because the influence of outliers on the funding amount is relatively high which usually overshadows the real picture of the market conditions.

A study on the degree of impact which outliers create on the overall macro outlook of the ecosystem is provided in the report titled “H1 2019 Indian Tech Startup Funding” released earlier this year by DataLabs by Inc42.

Going a step further when we assess the growth of deal count and count of unique startups funded on the basis of the average annual growth rate (AAGR), a similar trend is evident.

As the annual average growth rate is the overall average of year-on-year percentage change over a given period of time, the growth in the deal count (165%) and the number of unique startups funded (150%) from 2014 to 2015 heavily influences the overall calculation. Also, if we observe the growth rate from both CAGR and AAGR methodologies, the value of the time period from 2015 to 2018 has the least deviation. Between 2015 and 2018, the growth rate of deal count by both the methodologies is approximately -6%, whereas in the case of the count of unique startups funded there is a minimal difference of -1% (-7% with CAGR and -6% with AAGR).

On the other hand, if we look at the same parameters for 2014 to 2018, the difference in the growth rate of deal count and unique startups funded is 15% and 14% respectively. This is why we are considering 2015 to be the right base year henceforth to assess the overall growth of investment activity in the Indian startup ecosystem.

Given the nascent state of the startup economy in 2014, any calculations from that base year might provide an exaggerated picture of the investment activity in the overall ecosystem.

The Unfavourable Factors and Implications

Looking at the three major stages of funding (seed, growth and late) in the Indian startup ecosystem which combined make up the highest share to the overall ecosystem, we observe that the count of unique startups funded in the case of seed and growth-stage funding has recorded a negative growth rate of -15% and -3% respectively. On the other hand, the number of unique startups being funded at late stage is growing at a rate of 13%. Interestingly, between 2017 to 2018 the count of startups being funded at seed stage witnessed a steep decline of 40% contrary to the surge of 4% and 33% in growth and late stage respectively.

In order to achieve sustainable growth in any startup ecosystem, prolonged investor confidence towards the seed stage is necessary, as the availability of adequate capital at early stage investment opens up the door for a new business opportunity in the overall economy. A startup ecosystem where the investor confidence is highly skewed towards the established players (late-stage investments) will be vulnerable to depletion of innovation, market competition and high entry barriers for new ventures.

Right now it’s too early to predict whether the slowdown will be short-lived or prolonged since the Indian startup ecosystem is also transitioning from a nascent state to a relatively mature state at this time — and there is still a probability of improvement by the end of 2019. But we expect the following fundamental changes in the investment scenario for Indian startups— prioritisation of unit economics over market opportunity and increased debt investments into startups — based on its current state.