This is Zomato’s second public controversy since September 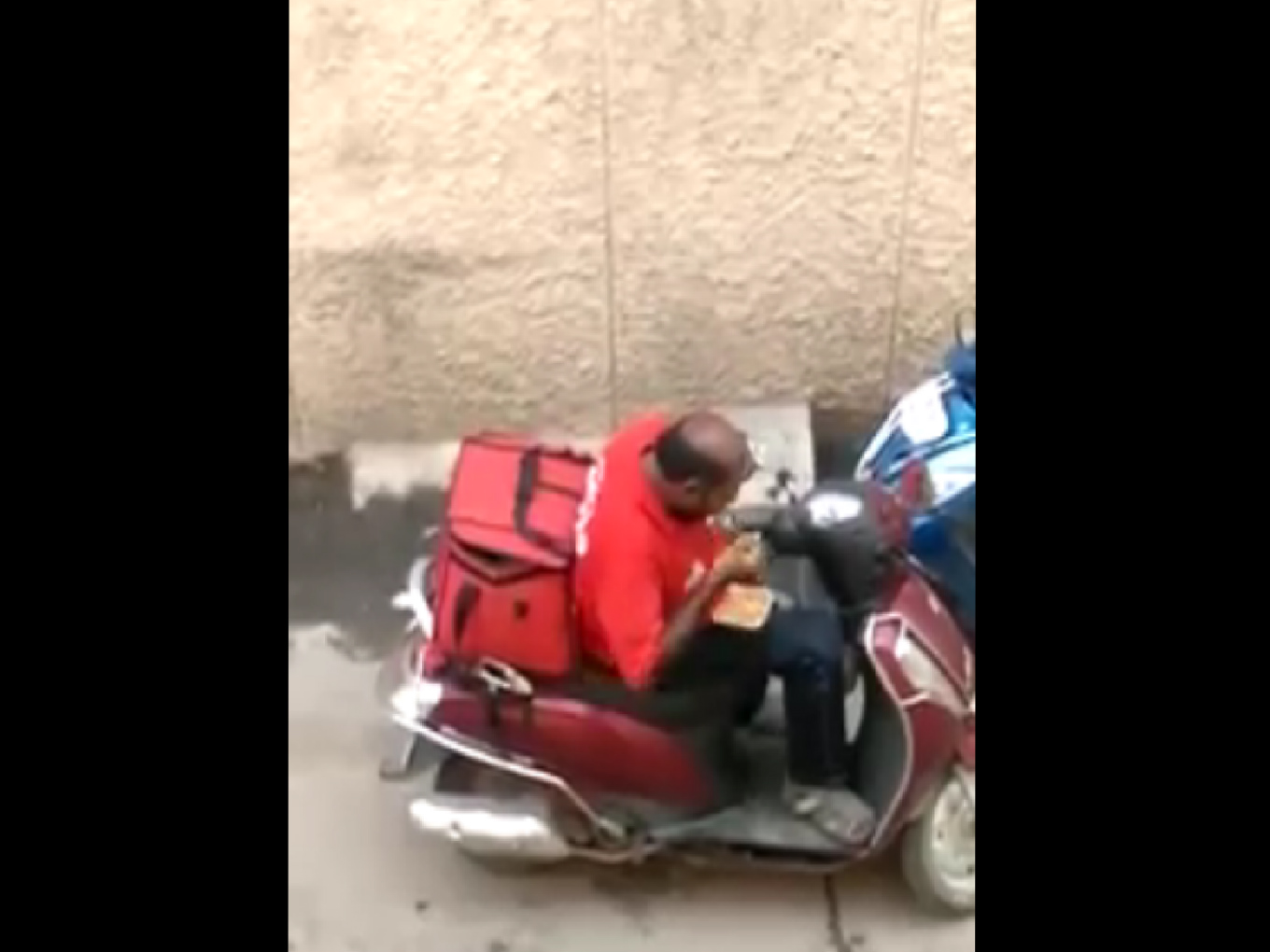 After a video of a food delivery man with a Zomato tshirt, eating food from boxes he was carrying in a company delivery bag went viral on Monday, online food ordering platform, Zomato said that it will soon introduce tamper proof tapes and other precautionary measures to ensure that such an incident does not happen again.

The two minute long video shows the delivery man sitting on his scooter and eating from two boxes and then repackaging them and putting them back in the delivery bag. While the authenticity of the video is yet to verified, Zomato has received flak from users over Twitter and Facebook over the incident.

Terming it an unusual and rare case, the Delhi-based company encouraged its users to bring up even the “smallest anomalies” in their order and said that it would “educate our delivery fleet of over 1.5 lakh partners to highlight or escalate any such deviations to us.”

In usual fashion, Twitter users were the first responders to the video. From memes and jokes about using too many coupon codes to serious expressions of disbelief, the twitterati were quick to latch on the incident. Soon enough the news had spread to other social media as well.

This is the company’s second public controversy in three months after the company changed its policies for Zomato Gold – its subscription-based restaurant service in September. According to earlier Zomato Gold’s regulations, diners could avail 1+1 on food or 2+2 on drinks, because of which the service sold like hot cakes when it was launched in 2017.

However this year Zomato changed the terms for this service and connected the number of freebies to the number of diners. The change did not go down well with Zomato Gold users, with most of them taking to social media to express their disapproval. Existing users are unhappy with the recent change, with some pointing out that changing conditions post subscription is unfair. Some have also said that while Zomato has the rights to change the policy, they should be changing it for new users as the existing ones had already paid up for a year.

After a review of the video, Zomato found that the video was shot in Madurai, and that the person in the video was a delivery partner for the company. Zomato has said that while the company understands that this was a human error in judgement, it has taken him of the delivery fleet.

“The incident only makes our commitment to fleet training, scheduling and process is even stronger,” Zomato said.