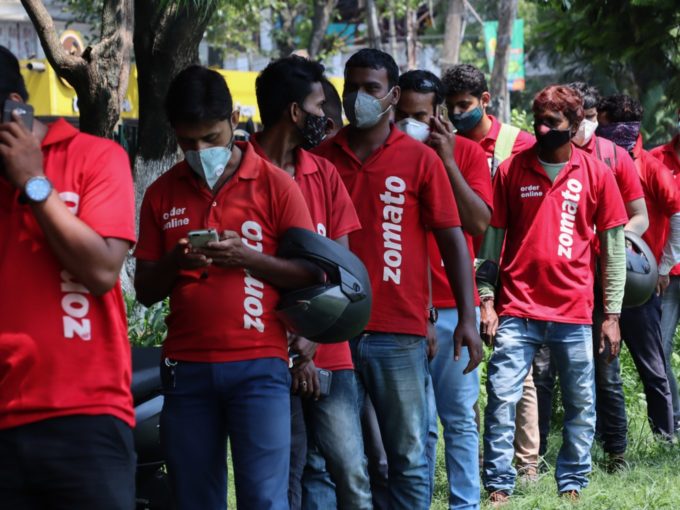 Food delivery aggregator Zomato is in talks to infuse $100 Mn in fitness startup Curefit. The recently listed Zomato is also in talks to sell Fitso, a sports discovery platform that it had acquired in January this year for INR 80 Cr to Curefit for $50 Mn or INR 370 Cr.

As per ET Now report, Zomato is also likely to invest in a B2B logistics startup Shiprocket. Zomato will be picking up an 8% stake in Shiprocket for INR 527 Cr. An Inc42 source confirmed the development. Zomato and Shiprocket will be launching a new service in Q1 CY22, the source added.

Shiprocket, which is Zomato’s second big bet, is in talks to close a $200 Mn round from Temasek among others. The round of investment will help Shiprocket’s valuation soar to $800 Mn.

Deepinder Goyal, who also joined the board of savings app Magicpin as an independent director in July this year, is likely to pump INR 300 Cr for a 16% stake in the company.

Zomato earlier this year had invested $100 Mn in online grocery delivery platform Grofers. A Money Control report highlighted that Zomato has approached around 10-20 startups in the consumer internet space to invest in return for a stake in the company.

Zomato is also in talks with half a dozen startups for investment. The company is aiming to invest somewhere between $50 Mn – $200 Mn in these startups in the coming days.

According to Inc42 sources, Zomato will be releasing its quarterly reports today, and some of its investment plans are likely to be announced during the call.

It is worth noting that in June, Tata Digital, the digital arm of Tata Sons invested $75 Mn in Curefit in a move to strengthen its Super app. Mukesh Bansal, cofounder of Curefit was also appointed as the president of Tata Digital. Tata Digital has also made investments in grocery delivery platform BigBasket and online pharmacy platform 1mg.

One of the great examples could be Zomato’s early backer Info Edge. The Internet company which runs popular job classified platform Naukri and matrimony site Jeevansathi, after going public have invested into several startups which have now become unicorns with few even going public for example – Zomato and Policybazaar.