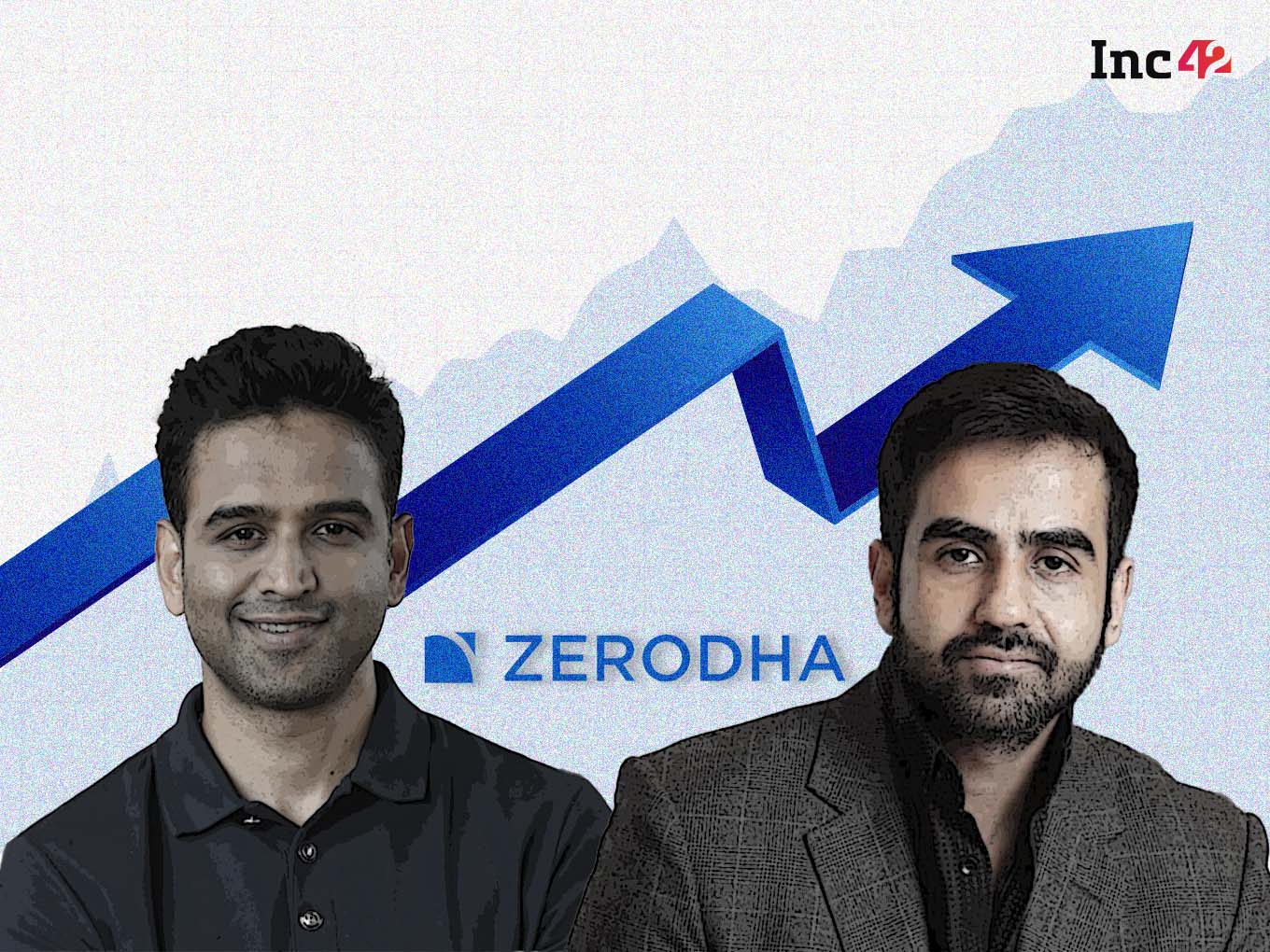 The Kamath brothers-led stock broking platform Zerodha has crossed INR 2,500 Cr in  revenue operations in the financial year ending on March 31, 2021. The startup which turned unicorn without any external investment from venture capital has generated a sales worth INR 2,728.9 Cr in FY21.

To further understand the scale of Zerodha’s revenue growth, let us state here that its sales revenue of FY21 was also a 131.8X rise from INR 20.79 Cr it generated in FY19.

Zerodha bifurcates its sales revenue from sale of services which comprises INR 2,252.5 Cr and other operating revenues which was pegged at INR 476.4 Cr in FY21.

To present a comparison for FY20 here, Zerodha’s revenue from sale of services stood at INR 718.3 Cr and its other operating revenues stood at INR 220 Cr in FY20.

In FY20, the startup was shelling out INR 90.6 Cr for salaries. Earlier last year, the startup community was surprised with the news of Kamath brothers and Seema Patil (wife of Nithin Kamath) taking home INR 100 Cr each as their annual salary surfaced.

Later Nitin Kamath clarified that the salary they are getting is lower from what is reported. In a thread of tweets he said that trading business is risky,  and it was important for promoters to take liquidity when the firm is ‘up’ to reduce the risk. The entire thread of Kamath’s clarification can be found here.

Last year, multiple reports of Zerodha planning to launch its $300 Mn worth of ESOP buyback surfaced which would help the stock broking firm’s valuation touch $2 Bn.

The startup during FY21 as per its financial statements has granted 53,52,497 stock options to its eligible employees You can find all the major ESOP related developments that have taken place last year including ESOP allocation, buyback here.

Started in 2010 by Nithin and Nikhil Kamath, Zerodha offers stockbroking services. The bootstrapped startup claims to have over a million active clients who trade and invest through the platform. The startup offers four major products:

Zerodha competes against the likes of new age internet companies such as Groww, and Upstox who are enabling millennials to enter the stock market with a user-friendly app interface with one-tap creation of a free demat account.

As per Association of Mutual Funds in India, the average assets under management (AAUM) of the Indian mutual fund industry for the month of January 2022 stood at INR 38,88,571 Cr.