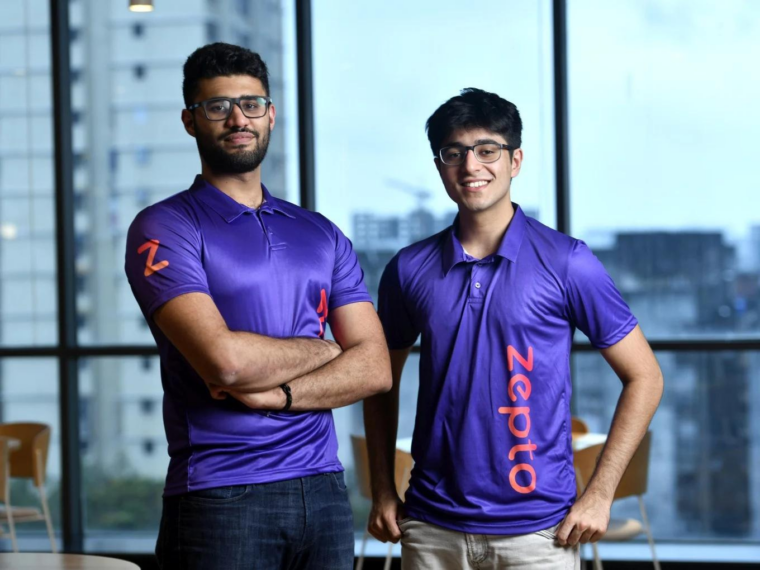 Quick commerce startup Zepto has raised $200 Mn in a Series D funding round led by Y Combinator’s Continuity fund. With this round, the startup’s valuation soared from $570 Mn to $900 Mn, taking it closer to becoming a unicorn.

The round also saw participation from institutional investors such as Kaiser Permanente Ventures, as well as all key existing investors including Nexus Venture Partners, Glade Brook Capital and Lachy Groom.

The startup will use the funding to expand its 10-minute delivery service to more cities across the country and grow its network of dark stores.

Zepto was founded in 2021 by the then 19-year-olds Aadit Palicha and Kaivalya Vohra, who dropped out of their computer science degree courses at Stanford University to focus on the startup. Formerly known as Kiranakart, Zepto offers grocery deliveries in 10 minutes through a network of dark stores and micro warehouses.

According to Zepto’s website, it’s currently operational in 10 cities across the country. The startup’s current annualised revenue is between $200 Mn and $400 Mn, according to Palicha.

The startup has received a lot of funding in the last one year. It last raised $100 Mn last December from Y Combinator’s Continuity fund, which sent its valuation to $570 Mn. Prior to that, Zepto had raised $60 Mn in a funding round led by Glade Brook Capital, Nexus, and Y Combinator.

The funding announcement comes barely a few weeks after Inc42 reported about the secret equity battle at the quick commerce startup. Inc42 found alleged instances of investor and founder impropriety within Zepto. One of the alleged cofounders of the startup, Ansh Nanda, in an FIR, said that he was forced to relinquish his stake in the startup by Nexus Ventures and other cofounders.

Nanda had filed an FIR against the cofounders Palicha, Vohra and Nexus Ventures’ partner Suvir Sujan. In response, Nexus and Zepto cofounders approached Delhi High Court to quash the FIR and other notices.

Interestingly, Zepto is the third Nexus-backed startup where one of the founders has been named in FIRs for one reason or the other. In May 2020, Amazon-backed insurtech startup Acko had filed an FIR in Bengaluru alleging that two former employees Yogesh Agarwal and Kulin Shah colluded and stole the company’s confidential data to create Onsurity, a rival insurance tech startup.

In a separate case involving another Nexus-backed startup YoloBus, an FIR was lodged against founder Shailesh Gupta alleging online theft and impersonation. Inc42 found that FIRs were filed in these cases prior to Nexus’ investment in them.

Another matter that has highlighted the lack of accountability at the startups has been the case involving B2B commerce startup Zilingo. The startup’s CEO, Ankiti Bose, was recently suspended over allegations of financial misconduct. While the information around the matter is tightly controlled, reports have emerged of Zilingo’s auditors raising concerns about  a slew of discrepancies in the startup’s accounting.

Coming back to Zepto, the quick commerce startup competes against Swiggy Instamart, Zomato-backed Blinkit and Dunzo.