Wow! Momo plans to use the funds towards launch of its new verticals along with amplifying its efforts in the newly-launched FMCG business 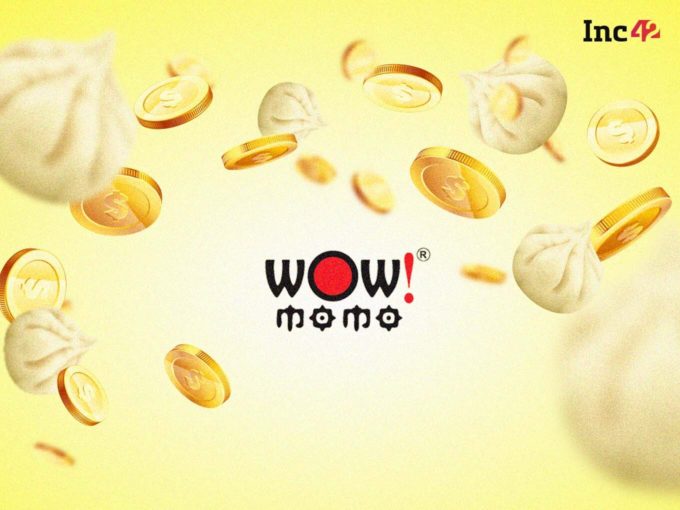 Homegrown quick service restaurant (QSR) player Wow! Momo Foods has raised over $15 Mn in its Series C funding round, led by Tree Line Investment Management. The latest funding takes the valuation of the startup to INR 1,225 Cr, making it one of the highest valued homegrown QSR brands. Its previous valuation was INR 860 Cr in September 2019, when it raised money from Tiger Global.

The funding round also witnessed the participation of IAN (Indian Angel Network) Fund, as well as existing investor Lighthouse Funds.

The fresh funds will enable the brand to amplify efforts on its newly-launched FMCG business, along with helping it in expansion of its QSR and cloud kitchen brands. The capital will also be used towards the launch of its new verticals to be announced soon, according to the foodtech startup.

In the next year, the startup is planning to set up over 150 stores and 50 cloud kitchens as well as record an over two-fold growth on monthly run rate by next August.

Sagar Daryani, CEO & Co-Founder, said, “When we started off with Wow! Momo & later Wow! China, we were confident about the potential that the market holds. We had a clear roadmap on first strengthening our restaurant business, followed by a foray into FMCG space.”

Earlier this quarter, Wow! Momos also made its foray into FMCG space, launching ready-to-eat momos to make momos accessible to individuals anytime and anywhere. The ready-to-eat momos are exclusively available on Big Basket and will soon be accessible across other ecommerce channels and modern trade platforms, and post six months, in tier-II and III cities as well.

In the last 2 years, both the QSR brands of Wos! Momo Foods has witnessed a 7x growth in its online delivery business.

In the QSR segment, Wow! Momo Foods competes with other startups such as Faasos and Cafe Coffee Day, among others. The foodtech industry has witnessed tremendous growth amid the pandemic and is expected to maintain the momentum going ahead.

A report by Google and Boston Consulting Group (BCG) showed that India’s online food ordering market is expected to grow at a compound annual growth rate of 25-30% to touch $7.5 Bn – $8 Bn by 2022.