Over 1,250 startups, so far, have pitched their ideas at Morning Pitch across the world

Globally, the Morning Pitch has resulted in 15+ IPOs and 200+ business alliances 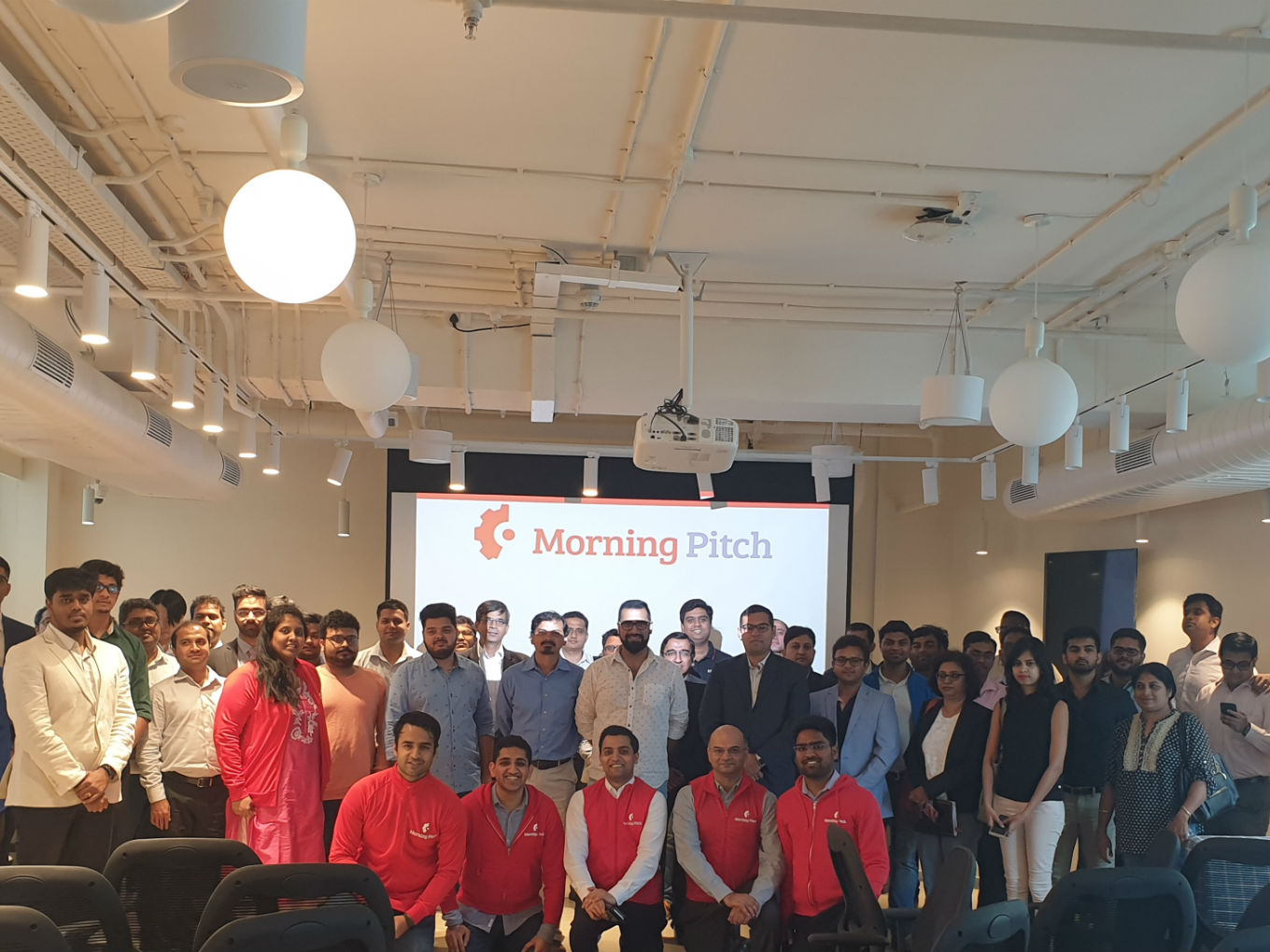 Hosted by Deloitte, Morning Pitch, one of the most popular weekly pitch events in Japan is now fast gaining popularity in startup hotbeds around the world including Silicon Valley, India, and Singapore.

Speaking at the event, Sudeepta Veerapaneni of Deloitte gave an account of Deloitte India Catalyst program which has been tracking over 50,000 startups in India and is helping 200+ startups to be successful. Deloitte India Catalyst helps Startups, ScaleUps and Enterprise clients across 11 domains covering exponential technologies, Future OF Work, Future Of Mobility, Future Of Cities etc.

Debabrat Mishra, Partner and Lead Innovation & Alliances, Deloitte Consulting India told Inc42,  “We are happy to see the success of the Morning Pitch platform in India and will now scale it up for wider coverage. Making Indian startups successful is the focus of our Deloitte India Catalyst program and the Morning Pitch platform is a great enabler.”

What’s The Hype Around Morning Pitch?

Morning Pitch has created history in Japan, a book on Morning Pitch even went on to become an Amazon bestseller in 2015.

Over 1,250 startups, so far, have pitched their ideas at Morning Pitch in Japan which has been hosted over 270 times since its inception.

So, what’s been result of these pitches?

“In Tokyo, every Thursday morning 200 Corporate Managers, Venture Capitalists, and Government Officials start their day by exploring opportunities to work with Startups through Morning Pitch. The platform has in fact resulted in 15+ IPOs and 200+ business alliances in Japan,” exclaimed Vinod Vasudevan and Rohan Wadhwa of Deloitte Japan.

Inspired from its local success, Deloitte soon started hosting Morning Pitch across the world. And, India, being the third largest startup ecosystem with over 39,000 startups, was a naturally aligned choice, thanks to the Japanese stake in Indian startup ecosystem.

Japanese investors have been leading Indian startup ecosystem since the beginning, the ecosystem which investor Mohandas Pai says will create a $10 Tn by 2030, seems to have generated new interests among Japanese entrepreneurs too.

The Morning Pitch, thus, can be instrumental for startups seeking international collaborations.

Suchint Majmudar, Partner, Deloitte India said, “Morning Pitch gave the participating Indian ventures an opportunity to sharply define their propositions and present them to a bespoke, predominantly Japan-focussed audience, thereby successfully serving as a catalyst for Asia-Pacific relationships and collaborations.”

The fourth Indian edition of Morning Pitch event saw participation from startup evangelists and corporates under one roof which enabled conversations leading to business associations between startups, investors and corporates.

In the past three Indian editions, startups including Niramai, Ethereal Machines, TagBox Solutions, Artivatic.Ai pitched to the attendees from large Japanese corporations Murata, Rakuten, Nomura, Toyota Tsusho; International corporations such as Bosch and Nvidia along with VCs and ecosystem stakeholders such as Blume Ventures, Intuit Circles, Headstart.

Yuma Saito, General Manager, Deloitte Japan, said “We are delighted to be hosting a platform where startups, investors, and corporations can convene for creating alliances and the co-development of the Indian Startup Ecosystem ”

Scribble Data: In the last few years, ML and AI change the way of looking at data. While ML became an inherent part of most of the data fiduciaries to automate various parts of their data communication, Bengaluru-based Scribble Data is a data engineering company, building software infrastructure to accelerate and productionise ML in such organisations.

Scribble Data helps organisations take their ML models from lab to production quickly and reliably, by focusing on feature engineering.

InTain Technologies: Chennai-based AI startup InTain introduced eMulya combining blockchain and AI for efficient, secure and trustworthy financial systems. Intelligent Blockchain for Asset Securitisation that addresses some of the triggers of the 2008 financial crisis is one of the first platforms built by InTain.

The startup has deployed Hyperledger fabric in eMulya and is currently eyeing for the US market.

Speaking at the event, Siddhartha, CEO-InTain said, “In countries like India securitisation has been a big issue. What a combination of blockchain and AI does is that it makes the same data available to every peer which means the Lender and Lehman Brothers are seeing the exact same data. This minimises the risk. The AI brings data automation to it. Blockchain and AI collectively not only bring transparency and efficiency but also, effectively help in forecasting.”

Siddhartha added that securitisation via crypto-asset could be another option; however, that would face regulatory hurdles.

Ayasta: Hyderabad-based Ayasta aims to create an intelligent connected grid and build grid to socket intelligence inside facilities. Ayasta has built a proprietary platform called CEGMA, which is a culmination of Sensors, ML and CV to monitor, analyse and detect anomalies in the electrical systems both inside a given facility and outside in the electrical grid.

However, this was not easy, Anurag Bhatia founder and CEO of Minance said, “Initially, we went to door-to-door to acquire the first few hundred customers.”

The company targets for investment management for an INR 15 Lakhs to INR 25 Cr window. Having launched a slew of products such as ASSETS PAY CASH, PRIVATE ASSETS, BLOOM, MUTUAL FUNDS and more, the company is set to launch another slew of products this year and is open to collaborate and acquire other startups to strengthen its hold on AI and related technologies.

As the largest professional services network in the world by revenue and number of professionals, Deloitte with its consultancy expertise has fast emerged as an essential name in the startup ecosystem too.

While Deloitte Tech Fast 50 has been ranking and awarding top 50 SMEs, startups and other companies for the last 14 years based on percentage revenue growth over three years, Deloitte India Catalyst creating a network of leading startups working to translate the potential of disruptive technologies into practical business solutions for the firm and its clients.

Combining what it offers through, the Morning Pitch, Fast 50and Deloitte India Catalyst, the firm is committed to creating success stories through an ecosystem for Indian startups. Indian startups can leverage the ecosystem and the Catalyst program to be successful in India and to connect to global markets through Deloitte’s global network.