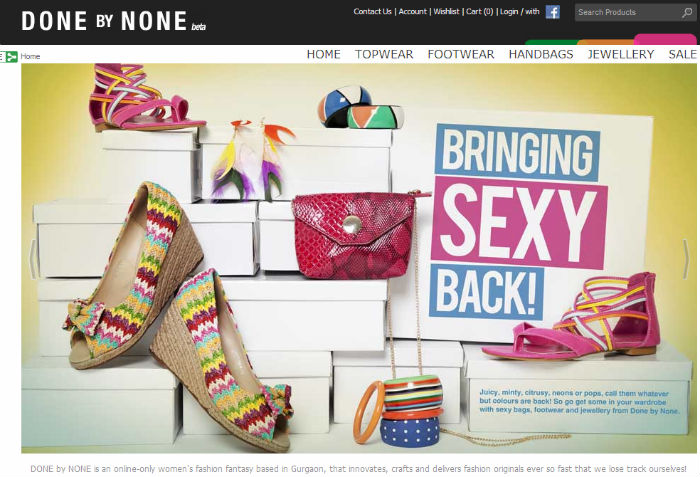 Though ecommerce in India is a $11 Bn market, and is estimated to reach $20 Bn by 2015, growing at a CAGR of 37% over 2013-15, but still running an ecommerce business in India is not as easy as it appears. While ecommerce firms like Flipkart, Snapdeal and others have shown an remarkable uplift but on the other side there are few which failed to keep up with the growing competition in the ecommerce space.

The Year 2014 saw the rise and fall of various ecommerce startups in the country, while some gained enormous traction and big fundings while others failed to keep their business up and running. Big players like Yebhi, Bestylish managed to survive by twisting their business model, on the other hand startups like Bluegape, AllSchoolStuff, Unamia ended up closing their ecommerce businesses.

Gurgaon-based web-only women’s fashion brand DoneByNone is yet another ecommerce startup which has shut down its operation, adding to the list of ecommerce shutdowns of the country.

Amarinder Dhaliwal, Vijesh Sharma, former executives of Bennett, Coleman & Co. Ltd (BCCL), along-with Vijay Misra, a former director of the TCNS Clothing Company (of ‘W’ fame) had launched DoneByNone in 2012. The company was initially launched in February 2011 as Handspick.com and later it was rebranded to DoneByNone in March 2012. The firm had raised an undisclosed amount in funding from early-stage venture capital fund Seedfund.

Reports suggest that, Amarinder S Dhaliwal had left the company few weeks back and joined telecom major Micromax as the COO of the company. However, the exact reason of shutdown isn’t clear but according to BI the company may not find its existing investors interested in it anymore.