We are Startup of Startups – Rajesh Sawhney, Founder, GSF Accelerator

We are Startup of Startups – Rajesh Sawhney, Founder, GSF Accelerator 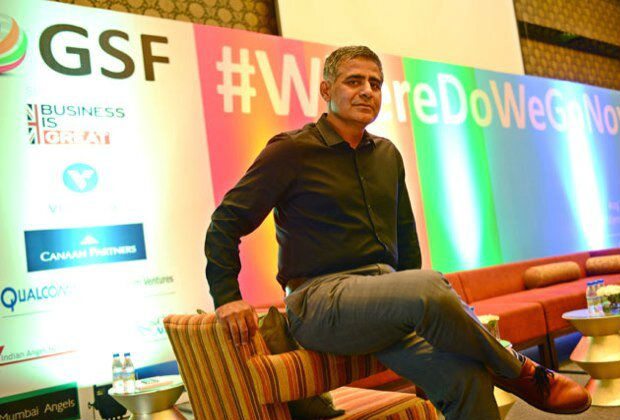 GSF Accelerator – the startup accelerator launched by former Reliance Entertainment president Rajesh Sawhney in October 2012  has accelerated over 24 startups so far, out of which few have not only raised follow up funding but are now marking global presence.

The accelerator has already completed two of its batches and is soon going to announce its next batch will commence from April.

GSF simultaneously runs a 10-week program in four cities across India, which includes New Delhi, Bangalore, Mumbai and Chennai. It is designed to help product-oriented startups in the areas of mobile, social, local and cloud.

Recently one of its portfolio company Little Eye Labs got acquired by Facebook, which is reportedly said to be a deal between $10 – $15Mn.

Inc42: What major positive outcomes you see from the acquisition of Little Eye Labs by Facebook for Indian entrepreneurship ecosystem as a whole?

Rajesh: Firstly, if Facebook does something it creates excitement, that’s what is happening, secondly it’s a product company which is based at global markets so it’s a sort of validation of what I have always said that next wave is of product companies going global, so I think we will see more of companies which are not in services model but in product model and lot of more companies which are confident of not to go global from day one. The historical model was to first build in India and then go global in three four years, has the idea to go global from day one – so it’s the validation.

Inc 42: How are other GSF companies doing at the global level?

Rajesh: Out of our portfolio of 24 companies, there are about 8 to 10 companies that are focusing on global markets, for example Pokkt – it’s doing very well, it got funded by Jungle Venture. Silverpush is another company which is trying to build a global footprint. Another company which is trying to put a global footprint includes Hacker Earth, which I think is doing extremely well. So, I think you will see more and more such actions from our GSF portfolio companies.

Inc42: How many companies are you planning to fund this year?

Inc42: What exactly you look into a startup?

Rajesh: Three things, first been the founding team – it should be of exceptional talent and very much differentiated team. We are a technology driven company for startups, we look at tech ideas, especially in the mobile and cloud and digital media, we are very focused on that and finally we look at passionate people, entrepreneurial people – people who give up everything to start a new team.

Inc42: With co-working space, incubators and accelerators slowly gaining a strong foothold in India, how would you rate the startup environment in India?

Rajesh: At a larger Indian ecosystem level, I think we need a larger player to come in whether its VCs, Seedfunds, Accelerators or incubators and startups, we just operate at 10% of what is possible here, so I would see we have not even seen “Tip of the Iceberg”, and the idea that there are too many players is wrong, In fact we don’t have too many players we don’t even have too many startups we need to see 100% more startups.

Inc42: Are there any misconception about entrepreneurship in India that is prevailing?

Rajesh: No, I don’t think so, it’s just that our ecosystem is much smaller than Chinese and US ecosystem, it needs to become much bigger, in terms of number of startups, in terms of acquisitions that happen, a number of IPO’s, in terms number of investment deals that VC’s make. The misconceptions will go away as we start performing and start creating better companies if there are any misconceptions.

Inc42: Entrepreneurship is a tough career choice. What would you like to say to entrepreneurs to motivate them to go out and fight out?

Rajesh: I think of two three things, one  is – get quality advice and talent from around, don’t compromise, and build a strong team and a strong mentoring team.

Inc42: How much time should a startup give to ideas?

Rajesh: One needs a year to figure out to fix idea to take it to the market, build a team, prototype the product so that you should know that the product idea is not working too difficult.

Inc42: How has been your journey from being part of Reliance Big Entertainment to GSF Accelerator?

Rajesh: It’s been very exciting, we are also a startup – “We are Startup of Startups”, we are also a one and half years old and are excited with the type of vision we have set up and we are fortunate to get very good talents, talent is the key for us. The only thing I am obsessed about is whether we can attract the smartest of the EIRs and the smartest of the startups in our batch.