Was India’s ‘Drone Prodigy’ Kite Flying About His Indigenous Tech?

Was India’s ‘Drone Prodigy’ Kite Flying About His Indigenous Tech? 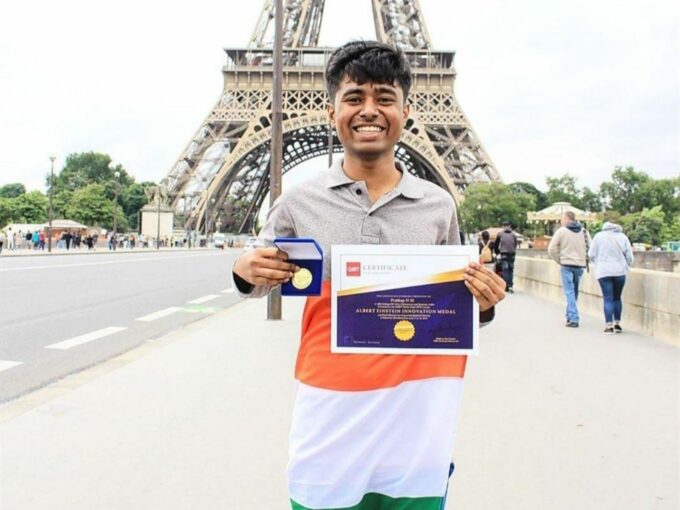 For Prathap NM, the journey from being hailed to going awol took just a year.

A quintessential son of the soil from Karnataka was hailed as a prodigy. Born in Mandya in a poor farming family, the 22-year-old science grad from JSS College of Arts and Commerce in Mysuru, burst into the scene when he claimed to have built over 600 drones from using e-waste. The ‘prodigy’ also claimed that he had started building drones since he was just 16.

An article published in December 2019, said Prathap had completed six projects including “Telegraphy in Border Security, Drones for traffic management, Unmanned Aerial Vehicles or UAVs for rescue operations as well as auto-piloted drones.” It claimed that Prathap also worked on cryptography in drone networking to save them from getting hacked and taken out of control.

However, all the tall claims about being invited to over 87 countries to show his drones, being awarded the Albert Einstein Innovation Gold Medal International Drone Expo 2018 in Hanover, winning gold and silver medal and $10,000 in the International Robotics Exhibition held in Tokyo (2017) and being invited to give lectures at IIT Bombay, and IISc soon fell flat.

Few weeks back, fact-checking site Alt News debunked the news that Prathap was given a job with Defence Research and Development Organisation (DRDO). Speaking with Alt News, Prathap claimed while other details of his accomplishments are true, the bit about his induction into the DRDO is false. “I haven’t received any offer from the Prime Minister’s Office. The PM cannot recruit for DRDO, isn’t it? Several people from Kannada media have told me that I will be getting a call. But I am not sure. Till now I haven’t received any call or email,” he told Alt News.

However, the final blow to his claims came when he was exposed when during an interview with BTV on July 16, Prathap failed to answer his friend identified as Darshan when he was asked the basic question about lift and drag in a drone.

Later, OpIndia on July 17, did an extensive story breaking down all his claims. The article blew the cover on all his claims including his claim to have saved a girl’s life in Africa, using his drone to reach anti-venom, how his “drones” helped flood victims in Karnataka among others.

OpIndia also contacted German drone maker BillzEye, who clarified that the company’s owner Bill Gutbier had let Prathap take a photo with the drone at the expo.

The German tech company also put this response on their website. “There were many interested visitors who wanted to take photos of the booth and the drones. Sometimes also Mr. Prathap. He kindly asked me what the drone concerned was and what the exact scope of functions was. I was happy to answer all of his questions. After our conversation, he asked me if he and his friend could take a photo of the booth and I gave him my consent… Then He thanked and said goodbye,” the post reads.

In another instance, Prathap put up a photo with a drone from the Japanese company ACSL on his Instagram. The company has denied any involvement with him on building drones.

Prathap’s fame lasted just a few months. Several people made contributions to encourage him. The pontiff of the Sutturmath granted him INR 8 lakh. Eventually, when Prathap was asked to show the drones he had designed, he said that he was being bound by patent-related concerns. The TV channels, which hadn’t done due diligence in the first place, got their knives out, and have now declared him a fraud.

Meanwhile, Bengaluru Police has filed a case against Prathap for violating quarantine rules after coming into Bengaluru from Hyderabad. They say he was on the run and they nabbed him on Monday from a hotel in Mysuru. In a TV interview, Prathap said that he had moved into a flat, but the allegations that he had become rich overnight, were false. Police say they have received no cheating complaint against him from anyone.

The narrative of the ‘drone prodigy’ turning a damp squib is typical of how fake news turns viral. However, Prathap NM who had become an inspiration for many aspiring innovators turned out to be a common fraud.