Walmart Wants To Use Blockchain To Power Drone Delivery System

Walmart Wants To Use Blockchain To Power Drone Delivery System

In 2017, Walmart has also filed another patent for blockchain-backed drone package delivery 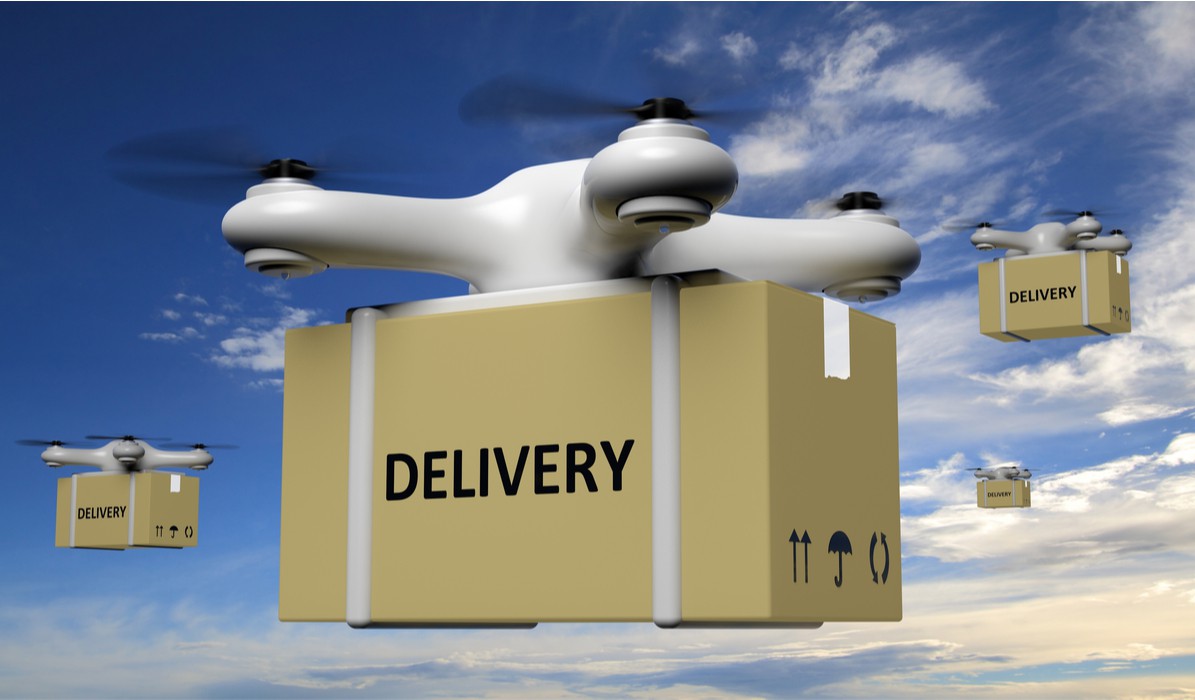 Flipkart’s parent and a global ecommerce giant Walmart has filed a patent for a method of drone-to-drone communication using blockchain. The patent application titled ‘Cloning Drone Using Blockchain’ was filed by Walmart in January 2019, and has gotten published on Aug 8.

The patent has claimed a drone to drone communications method comprising of capabilities such as determination and encryption of the Drone A’s location which can be then stored in a block of blockchain. Further, the method will also enable Drone A to detect if there’s a second drone in its proximity, for which it will retrieve the saved location details of Drone B from the blockchain block, and more.

According to Walmart, the currently available communications method between devices or vehicles allow for more informed devices, but does not include collaborative computing, or collaboratively storing data in databases.

With a blockchain-based communication method, the company expects the development of communications method where every vehicle is aware of the speed, direction, braking, etc, of the other vehicles, allowing unprecedented coordination, along with the possibility to relay messages from vehicle to vehicle.

Recently in June, Amazon had unveiled a new design of its fully electric drones that can fly up to 15 miles and deliver packages under five pounds to customers in less than 30 minutes.

These drones are part of the Amazon’s Prime Air program which the company has been testing in multiple international locations through its development centres in the United States, the United Kingdom, Austria, France, and Israel.

While, Amazon is expected to start delivering packages via drone to customers within months. Walmart too seems to be following suite, with its new patent.

Even though the technology used by the two companies seems to be way different.  While, Amazon’s is said to be using diverse sensors, advanced algorithms and Amazon’s proprietary computer-vision and machine learning algorithms, to detect static and moving objects around it.

Walmart seems to be going for a blockchain-based delivery system. Speaking of the advantages of using blockchain, Walmart said,”Blockchain provides integrity of the information being delivered. A blockchain ledger may store any kind of information that may be stored in any other format or medium, for example, a large list of instructions of different types, navigational information, and maps. In such a way, the same software profile may be deployed across the cloned drones.”

[This development was first reported by Coindesk]