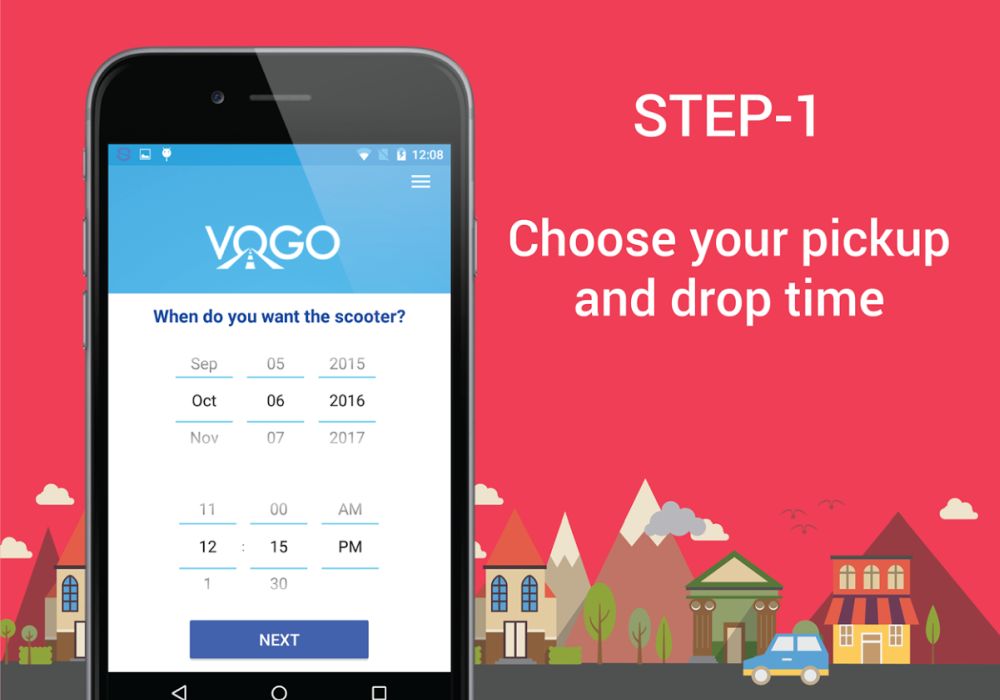 Bengaluru based scooter rental startup Vogo Automotive has reportedly secured an undisclosed amount in a Seed funding round led by Murugappa Group. Formula One racer Karan Chandhok, A. V. Thomas Group, Thiagaraja Group and a clutch of other investors also participated in the round.

In an official statement, the company revealed that the newly-raised funding will be spent on building an automated technology platform. The investment will also enable Vogo to expand its tech team and bolster its marketing efforts.

Commenting on the development, Speciale Invest Managing Partner Vishesh Rajaram said, “Short-haul and last mile commute are large components of urban commute and sized in billions of dollars. Current options for cars, auto are expensive, and buses are inconvenient. Vogo is disrupting this segment by offering a more efficient, automated and cost-effective option of scooter sharing and renting. They operate an asset-light model and have a differentiated product roadmap that puts them ahead of the pack.”

As part of the fundraise, Vogo also announced the launch of a specially-designed automated pickup and drop scooter rental service called Spark. Through the platform, users will be able to access the bike key and even unlock it remotely using a simple one-time password.

Following the model that many car-rental startups like Zoomcar, Voler Cars, JustRide and Myles have adopted, Vogo has equipped each of its Spark scooters with advanced IoT sensors that can transmit real-time data on vehicle condition and fuel level, among others.

With the help of these sensors, Vogo can remotely track, monitor and control its fleet of smart scooters. These sensors, as stated by the team at Vogo, include GPS for tracking, battery sensors as well as special sensors for the handlebar and dicky.

The IoT enabled system also facilitates dynamic pricing, efficient bike allocation, and balancing of supply and demand and efficient. The company further claims that the new technology has helped bring down the cost of one-way travel to 50% of the price of autos and taxis.

Currently operating in Bengaluru, Hyderabad, Manipal and Mysuru, Vogo claims to receive more than 5,000 orders per month, a significant percentage of which comes from short trips and on weekdays.

According to founder and CEO Anand Ayyadurai, the company is looking to extend the newly-launched automated system across several hundred pickup and drop locations in each of the cities it currently operates in.

Anand, who previously worked as the Associate Director – Retail at Flipkart and the Associate Vice President at Housing.com, added, “We started out by identifying an early adopter segment, college students and solving their commute problems. Now more than 15,000 students across 15 colleges and four cities use Vogo. We see them substituting taxis and autos with us. We believe that what happened with China with cycle sharing will happen with India with scooter sharing. In 2017, we focused on building the automated IoT system to scale up the business and now have end-to-end engineering capability across embedded systems, software development, and automotive space.”

In the scooter sharing segment, Vogo competes with  WickedRide,  Stoneheadbikes, Rentabike and many others. In December 2016, on-demand scooter rental platform ONN Bikes raised an undisclosed amount of funding from Grace Capital Ventures. At present, the Z Nation Lab incubated startup has more than 400 bikes on the road in Bengaluru, Gurugram, and Hyderabad and is in the process of deploying 700 more bikes in the coming few months.

Prior to that in March, Bengaluru-based bike rental startup Wheelstreet raised $500K (around INR 3.4 Cr) in a funding round from Broadbean Capital services, an early-stage, Seed and Pre-Series A venture fund. Wheelstreet is currently operational in 18 cities across the country, including Pune, Delhi, Chandigarh, Mumbai, Kolkata, Darjeeling, Jaipur and Hyderabad.

In 2015, luxury bike rental startup, WickedRide, raised seed funding led by an angel investor (the name of the investor was undisclosed).

With the newly-secured Seed funding, Vogo looks to tackle competition better. According to founder Anand Ayyadurai, the scooter rental platform is planning to raise a larger institutional funding round within the next few months, in a bid to expand its geographical reach across the country.