To That End, Los Angeles Based Virgin Hyperloop One Has Signed A Framework Agreement With Maharashtra Govt 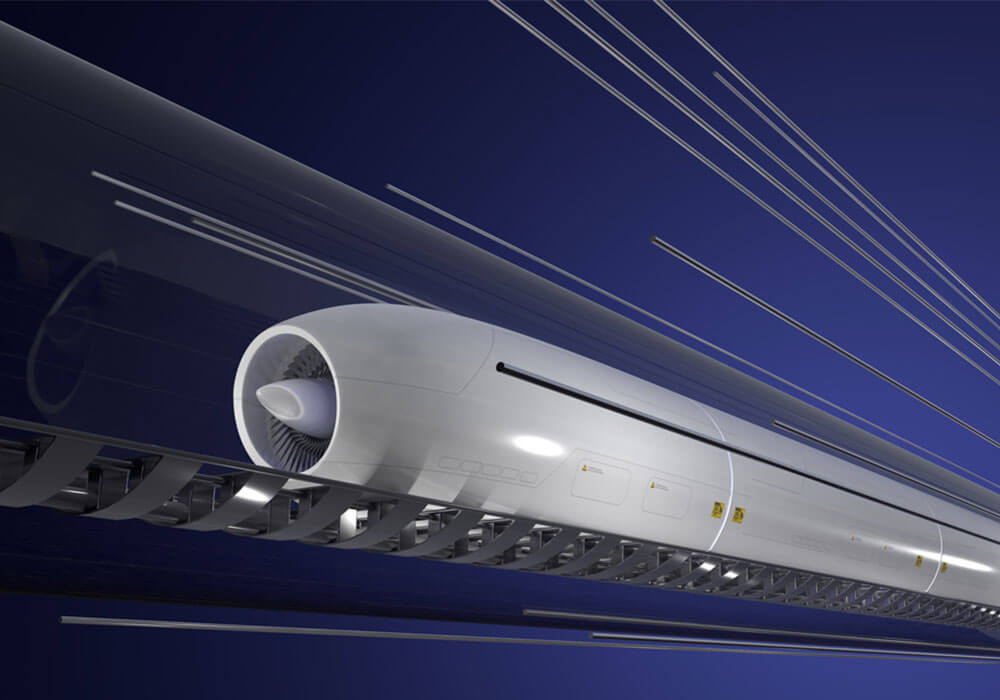 Los Angeles based Virgin Hyperloop One has signed a framework agreement with the Maharashtra government to build a hyperloop between Pune and Mumbai beginning with an operational demonstration track.

The initial study by the company said Virgin Hyperloop between Mumbai and Pune will reduce the travel time to 14-25 minutes instead of the present three hours. The company plans to connect 26 Mn people with the hyperloop, supporting 150 Mn passenger trips per year.

In a statement, the company further quoted its study to say that the Pune-Mumbai route could result in $55 Bn (INR 350,000 Cr) in socio-economic benefits, time savings, accident reduction and operational cost savings, over the course of 30 years of its operation.

The company further emphasised that, with high-capacity passenger and cargo hyperloop system, it plans to create tens of thousands of jobs and help attract new business and investment in the region.

The company claims that the complete electric system will also ease severe expressway congestion and could reduce greenhouse gas emissions up to 86,000 tonnes over 30 years.

The Virgin Hyperloop has a capability of going at an average speed of 350 km per hour, which can be stretched to 600-1000 km per hour with further development in infrastructure.

Addressing select media on Sunday at the Magnetic Maharashtra event, Virgin Group Founder and Virgin Hyperloop One Chairman Sir Richard Branson emphasised that India is a gigantic opportunity and the government is welcoming it with open arms.

“Mumbai-Pune is one of the busiest routes in the world, anybody who uses it regularly knows it can be an unpleasant route to travel on. Three years from now we will finish the test run on this route and six to seven years from now the route will be commercially opened,” Branson said.

Branson also said that he plans to make India the export hub of hyperloop tubes. At present, the company is in talks with various Indian business houses and groups, and sees the project coming to fruition with the help of an Indian partner.

The company has, however, assured that the Virgin Hyperloop will be delivered at an affordable price, and will be available for all, not just for the wealthy.

Branson added, “Price point will be at level of any other alternative mode of transportation. This has a potential to change the economic status of this state, you could employed in Pune and live in Mumbai or vice versa.”

The investment is expected to run in billion dollars, which will also lead to employment generation for thousands of people. Reportedly, the manufacturing facility for the tubes is likely to come up in and around Pune.

To put in the context the benefits of the hyperloop, it can be noted that nearly 120 Mn vehicles ply between Mumbai and Pune annually, and additionally about 25% of the cargo imported into Mumbai port move towards Pune.

Branson claims that the hyperloop can be set up at much lower cost than high speed rail network. Also, he claimed that if it was trains that opened up India in the last century, he believes it could be hyperloops in the coming century.

The Virgin Hyperloop project is expected to start after a six-month in-depth feasibility study which will analyse and define the route alignment, including environmental impact, economic and commercial viability, the regulatory framework, and cost and funding model suggestions.

The company is also in talks with Andhra Pradesh and Karnataka governments to introduces hyperloops in those markets.