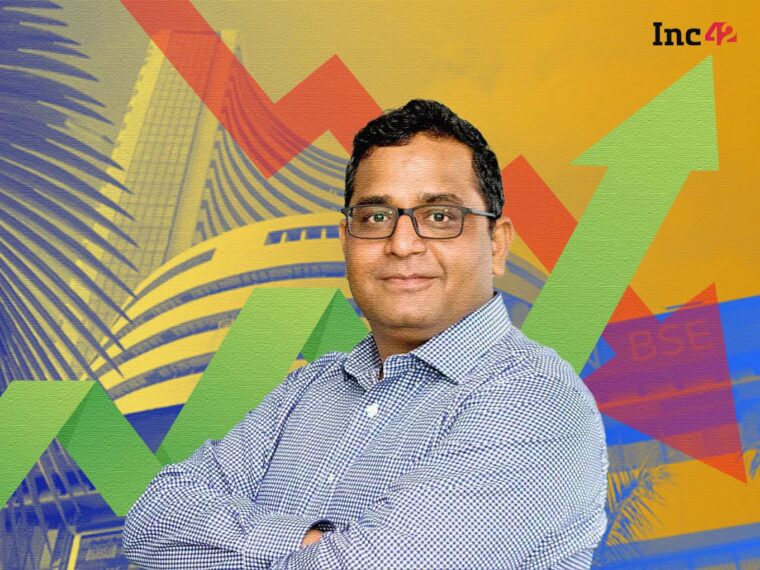 The company’s board appointed Sharma as the CEO and MD of Paytm for a tenure of five years effective from December 19, 2022 to December 18, 2027

Fintech giant Paytm’s parent, One 97 Communications, has re-appointed Vijay Shekhar Sharma as the managing director and CEO of the company for a period of 5 years

In an exchange filing, the company said that its board approved the appointment of Sharma for a tenure of five years effective from December 19, 2022 to December 18, 2027.

Besides, it also approved the appointment of Madhur Deora, Paytm’s CFO, as an additional director of the company with effect from May 20, 2022 for a tenure of 5 years till May 19, 2027.

During the five-years tenure, Sharma is not liable to retire by rotation, while Deora will have an option to do so.

The company, on Saturday (May 21), also announced an investment of INR 950 Cr in Paytm General Insurance Ltd (PGIL) in tranches over a period of 10 years.

After the transaction, PGIL would become a subsidiary of One97 Communications, whose stake would increase to 74% from 49% currently.

The company said it made significant investments to grow its MTU in FY22, while its employee costs also increased during the year due to the investments it made to scale up its device deployment to 10 Lakh per quarter.