US-based Dairy.com Wants To Help Indian Dairy Partners With IT Services and Intelligence

US-based Dairy.com Wants To Help Indian Dairy Partners With IT Services and Intelligence

The Indian dairy industry is worth INR 11,357 Bn, with almost 60% of the processed milk being consumed in the form of fluid milk 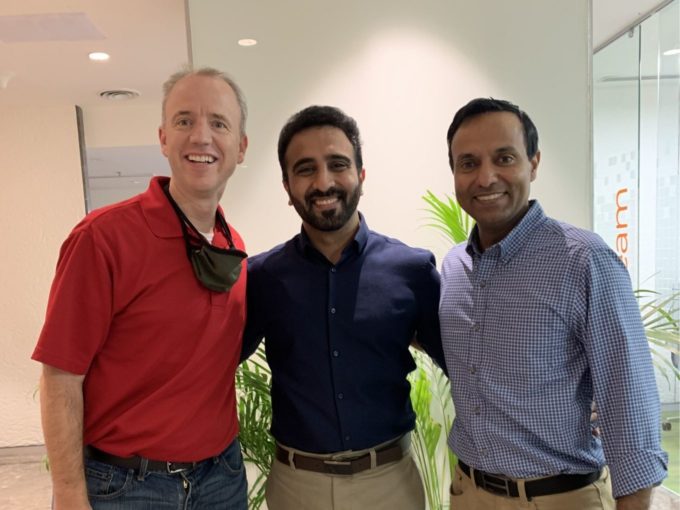 Though many companies have tried to break into the market due to its sheer volume, very few have succeeded. And of those who have succeeded, a majority have been either state-owned or cooperative. The most recent story of failure came from Danone, which had to shut down its dairy business in the country after three unsuccessful attempts to enter the market.

Dairy.com with its SaaS-based supply chain model serves more than 60 Indian dairy brands so far and helps them manage different aspects of dairy distribution, supply chain, customer subscription, and delivery requests through an integrated platform. Going forward, Dairy.com plans to continue operations under the same name; with an expansion of its current team.

“We were founded 20 years ago. Well over half the milk in the United States, in some way, shape or form, is accounted for and tracked using our systems. The time zone also helps: it is a 24/7 industry. The animals never stop making milk. With our India operation, we would have people on the other side of the world at all times; it would be their normal working day,” said Ryan Mertes, chief solutions officer of Dairy.com while in a conversation with Inc42.

“One of the unique aspects of our software is that we can track the components, not just whole milk. By being able to track the components and how they are used, it helps to maximise profits. Whether I get the most amount of product from the same amount of milk, that is important,” said Mertes when asked about how Dairy.com’s expertise can be channelled through Mr Milkman.

Samarth Setia, the founder of Mr Milkman interjected, “The idea is to get every litre of milk to go through our system. You had earlier mentioned how milk is a thin-margin product. It is a thin-margin product due to the lack of efficiency, lack of traceability, and the inability of many large companies to identify where they are making losses.”

In India, dairy farmers sell around 60% of the milk they produce to the commercial value chain and unorganised dairies while retaining almost 40% for household consumption. In stark contrast to the United States where the dairy industry is dominated by megadairies or concentrated animal feeding operations (CAFOs).

According to Mertes, some of the dairy industry trends prevalent in the United States (where large dairy farms produce large amounts of milk and milk products and transport them over large distances) are going to happen worldwide. With the acquisition of Mr Milkman, Mertes hopes that the US and Indian dairy best practices can be combined to provide solutions uniquely suited to the country.

According to industry estimates, around 70% of processed milk in India is sold as fluid milk with the rest used in the manufacture of value-added products like butter and yoghurt etc. Among the value-added products, ghee (clarified butter) and butter remain the most popular while demand for fermented milk products like yoghurt, yoghurt drinks and cheese is still relatively small even though it’s growing fast.

The fact that a majority consume fluid milk—a product with razor-thin margins—combined with the unorthodox and unorganised nature of the dairy supply chain have contributed to foreign companies like Danone failing in India.

Both Setia and Mertes were of the opinion that the Indian organised dairy industry will begin growing at an exponential rate in the country.

Unlike Danone, Dairy.com decided to shrink its learning curve by acquiring a company with a deep understanding of the local market. Here, Mr Milkman fitted the bill. It began enabling B2B operations for its dairy industry clients before entering the B2B business, allowing customers to order milk products online.

Transportation issues and inadequate cold chains in India means that milk is only consumable for a short amount of time, dramatically shortening the delivery window. With the experience of delivering milk directly to consumers, Mr Milkman has already been working on managing this issue.

“The idea is to get every litre of milk to go through our system. Fluid milk is a thin-margin product due to the lack of efficiency and the inability of many large companies to identify where they are making losses. When we applied our end-to-end supply chain management system, we were able to turn that small margin into a large margin because we could identify where losses were being made,” explained Setia.

When asked about the major growth trends in the dairy industry worldwide, Mertes had a one-word answer—traceability. He began by pointing out the 2008 Chinese milk scandal where 50 babies died from kidney stones and other kidney damages and an estimated 54,000 were hospitalised after they were fed milk powder that was later found to have been adulterated melamine: a toxic industrial compound used to manufacture plastic utensils.

“Nowadays, people are much more concerned about knowing what exactly goes into their baby formula, and the food that they consume. Is it organic? Is it Kosher or Halal? It introduces more variables into the production cycle. Because if you have to make those different kinds of milk or milk products, you will have to make them in a particular order,” added Mertes.

He asserted that Dairy.com’s services can help the dairy industry measure the composition of milk, allowing it to be processed more efficiently and cost-effectively. Dairy.com has other global ambitions apart from India. It has already established operations from where they are planning to expand to continental Europe. India is the company’s first expansion into Asia, but it won’t be the last, as it said.